Michael Olugbode in Maiduguri, Paul Obi in Abuja and Daji Sani in Yola

The United Nations has said in spite of efforts by the Nigerian military to contain the menace of terrorism in the North-east, three local government areas in Borno State still remain completely inaccessible to aid workers as a result of the threat posed by the Boko Haram sect. The organisation, which stated that though accessibility to most parts of the crisis-ravaged region could improve at the end of the rainy season, however raised the alarm that the same circumstance could equally increase the rate of attacks from the terrorist group.

In its monthly report, titled, â€œNorth-East Nigeria: Humanitarian Situation Updateâ€ for the month of September, the Office for the Coordination of Humanitarian Affairs (OCHA), while highlighting the prevailing security challenges, argued that many local government councils in Borno State were no longer accessible for humanitarian aid. It stated that insecurity, presence of mines, improvised explosive devices, and unexploded ordinances had continued to slow down the response of humanitarian agencies in Borno, Yobe and Adamawa states.

However, a source in Borno State identified the three unreachable local councils as Abadam, Kukawa, and Mobbar.

“Most roads to the south, south-west and east remain unusable due to security concerns and most humanitarian personnel movement is done through air assets. Cargo, however, is being transported via road with armed escorts as a last resort,” the UN said.

According to it, “No humanitarian aid is currently reaching locations in these LGAs outside of the LGAs’ main towns called â€˜headquartersâ€™. Major humanitarian supply routes towards the west, north-west and north are open for humanitarians without the use of armed escorts. Following advocacy efforts, Konduga and Mafa are now also accessible to aid groups without military escorts.”

But the UN has complained that the failure of donors worldwide to fully meet their financial commitment towards the North-east has made it impossible for interventions. The UN said, “As the response enters the final quarter of the year, additional funding is needed to meet the targets laid out in the 2017 Humanitarian Response Plan. Certain sectors that are key in kick-starting the transition into the recovery phase, such as Health, Education and Response and Recovery Planning have continued to be dramatically under-funded with 21, 12 and 5 per cent of the required funding received as of 30 September.”

But the Director of Army Public Relations, Brig. Gen. Sani Usman, while speaking to THISDAY, said the Army would not comment on the matter until it had studied the report. Usman noted that while the Army was not in a haste to dispute the UN OCHA report, it would be discreet in responding to such report.

“Previous intelligence reports gathered through Intelligence, Surveillance and Reconnaissance (ISR) missions by NAF ISR platforms, had indicated the presence of a large number of Boko Haram Terrorists (BHTs) in DURWAWA settlement in the outskirt of URGA.

“Accordingly, one Alpha Jet aircraft was detailed to carry out air interdiction on the target. Overhead the location, the aircraft acquired and attacked the target twice with bombs.”

Adesanya maintained, “Subsequent Battle Damage Assessment revealed that the aerial attack set off a fire, causing damage to the BHT structures within the settlement and neutralizing most of the BHTs while a few of them fled the location. The aerial attack by the NAF is in furtherance of efforts at ensuring the complete decimation of the BHTs and breaking their will to continue their terrorist attacks on innocent Nigerians.”

But in what seemed like a confirmation of fears raised in the UN report, Boko Haram insurgents at the weekend abducted three young women in Maggar village of Madagali council, Adamawa State. Chairman of the council, Yusuf Muhammad, confirmed the abduction to THISDAY and revealed that the women were abducted by the insurgents while working on their farms on the outskirts of Maggar village He said soldiers and local hunters had been mobilised to track down the abductors with a view to rescuing the victims. But at the time of filing this report, there was no news on their whereabouts.

Muhammad lamented that the insurgents had been launching a series of attacks on his council, saying proactive measures need to be taken by the federal government to curtail the attacks in the area. Eyewitnesses from the area have also confirmed the development.

Magar is a remote village, about 25 kilometres from Gulak town, the headquarters of Madagali Local Government Area. The area had fallen to Boko Haram control before its liberation by the military in 2015. 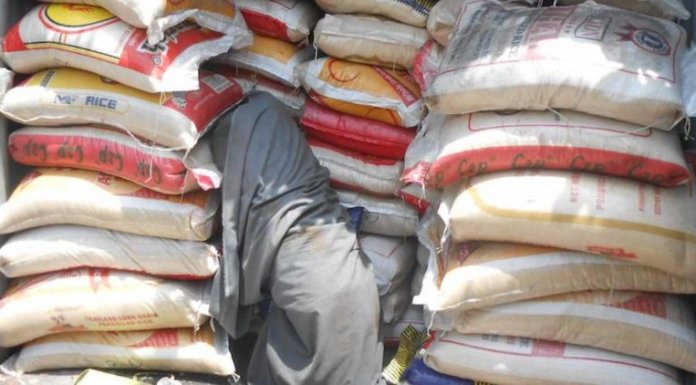