With the EU and China unveiling plans to ban petrol vehicles in the foreseeable future, Ejiofor Alike reports on the pressure on Nigeria to adapt to the global shift towards electric vehicles and redeploy the resources earmarked for oil exploration, especially in the North, to the exploration of alternatives to fossil fuel

The future of crude oil in the global energy dynamics has again been threatened by the recent revelations that several countries, including China, the worldâ€™s biggest car market, plans to ban the production and sale of diesel and petrol vehicles. The proposed ban will, no doubt, hurt Nigeriaâ€™s revenues adversely, as crude oil remains the countryâ€™s major source of revenue, coupled with the fact that China is currently the worldâ€™s second-largest crude oil consumer, after the United States.

With the discovery of shale gas in the United States, Nigeria has turned to the Asian markets for shipment of crude oil, especially as the United States, which was the largest importer of Nigeriaâ€™s crude, is increasingly becoming less-reliant on Nigerian crude. This development has forced Nigeria to focus on the Asian markets for the sale of her crude, resulting in the emergence of India as the largest importer of her crude.

China 2025 Projection
But with Chinaâ€™s plan to ban petrol vehicles, Nigeriaâ€™s major revenue source is potentially under threat.
China wants electric battery cars and plug-in hybrids to account for at least 20 per cent of its vehicle sales by 2025. According to Chinaâ€™s Vice Industry Minister, Xin Guobin, the country has started â€œrelevant researchâ€, but it has yet to decide when the ban would come into force, according to reports.
â€œThose measures will certainly bring profound changes for our car industryâ€™s development,â€ Guobin was quoted as saying.

China made 28 million cars in 2016, almost a third of the worldâ€™s total production. Chinese-owned carmaker, Volvo, said in July that all its new car models would have an electric motor from 2019.
Geely, Volvoâ€™s Chinese owner, aims to sell one million electric cars by 2025. Other global car firms, including Renault-Nissan, Ford, and General Motors are all working to develop electric cars in China.

Campaign against Air Pollution
Chinaâ€™s position is coming just few months after the UK, Germany, France, India, Norway and Netherlands unveiled similar plans to ban fossil fuel-run cars, as part of the global campaign to reduce air pollution.
The UK was the latest European country to mark the end of the line for diesel and gasoline fueled cars. UKâ€™s decision followed stringent European Union emission rules that the country must obey even as it is set to leave the EU.
In response to the changing trend, vehicle manufacturers, such as Volvo, target to build electric vehicles to avoid the consequences of being left behind.
The UK government said it would ban sales of the vehicles by 2040, barely two weeks after France announced a similar plan as part of the countryâ€™s efforts to reduce air pollution and become a carbon-neutral nation.
Vehicle manufacturers had raised the alarm that outright bans could threaten over 800,000 jobs across the UK alone.
While Daimler AG, manufacturers of Mercedes-Benz cars, plans to shore up diesel, since it powers many of its lucrative sport utility vehicles, other manufacturers are reportedly embracing the new reality.

For instance, Swedenâ€™s Volvo Car Group said that by 2019 all of its cars would be equipped with an electric motor.
Similarly, BMW AG has unveiled plan to build an electric version of its iconic Mini compact car in Britain.
However, to avoid massive job losses, Germany is looking for ways to reduce automotive emissions without moving toward an outright ban on vehicles with combustion engines

Nigeriaâ€™s Strange Oil Search
There is no doubt that the global shift towards electric vehicles will hurt many sectors of the global economy, from oil majors who would be harmed by reduced petrol demand, to spark plug and fuel injection manufacturers, whose products will no longer be needed by plug-in cars.

However, the greatest losers will be countries like Nigeria that depend almost solely on crude oil as revenue source.

But rather than invest in alternative sources of energy to avoid being left behind in the global shift toward electric vehicles, the federal government is fixated on crude oil search in the North.
The UK, for instance, plans to invest more than 800 million pounds ($1 billion) in driverless and zero-emission technology and has unveiled plans to invest 246 million pounds in battery technology research.
This is a clear message that the end of crude oil as the major source of energy is near.
Also with plunging battery prices, electric vehicles will likely grow in popularity in the second half of the next decade, according to a report from Bloomberg New Energy Finance.

Nigeria appears to be unaware of this new shift as emphasis is still placed on the search for oil.
The Nigerian National Petroleum Corporation has spent billions of naira of state funds in the search for crude oil in the North, when other countries are deemphasising fossil fuels and embracing clean technology.
In searching for oil in the North, the federal government abandoned the successful models used in the Niger Delta, Anambra and Dahomey Basins, where oil companies were incentivised to embark on exploratory activities in new frontiers.

THISDAY had reported that the Niger Delta, which largely dominates the oil-rich Gulf of Guinea, did not join the league of oil-producing regions, such as the United Kingdomâ€™s North Sea, United Statesâ€™ Gulf of Mexico, and the Middle Eastâ€™s Persian Gulf, due to the efforts of the federal government or the NNPC.
It was the private sector-led initiative by Shell and other private companies that catapulted the Niger Delta and Lagos to their current positions of crude oil producers.

Apart from Lagosâ€™ Dahomey Basin and the prolific Niger Delta, the efforts of the private sector led by Orient Petroleum Resources had also paid off in Anambra Basin with the discovery of about 30 trillion cubic feet of gas and one billion barrels of crude oil, according to the initial estimates by the Department of Petroleum Resources.
So, having used the private sector to successfully explore and discover crude oil in the Niger Delta, Anambra and Dahomey Basins, many think it amounts to a waste of the countryâ€™s resources for the NNPC to continue to spend billions of naira of state funds in what is widely regarded as a political, rather than economic, search for crude oil in the Chad Basin.

Though the search for oil and gas in the North seems to be politically in the right direction, the use of state funds is a misplaced priority, especially at a time it is becoming increasingly evident that the end of oil is near, many have said. While it may be the wish of every Nigerian for oil to be found in all the states of the federation, this is clearly impossible.

The general opinion is that the government should not waste resources on a politically-motivated search for oil in every nook and cranny of the country. If it is a worthwhile business venture, the private sector should be incentivised to lead the exploratory efforts in the new frontiers. In line with the theory of comparative advantage, the federal government can then partner states with high deposits of mineral resources in the exploitation of the resources.

States with solid minerals can operate on a business model to be self-sufficient and financially independent of the federal governmentâ€™s allocations.

Many Nigerians believe that the federal government should leave oil exploration for private investors and deploy state funds to sectors that would guarantee the survival of Nigeria after oil. 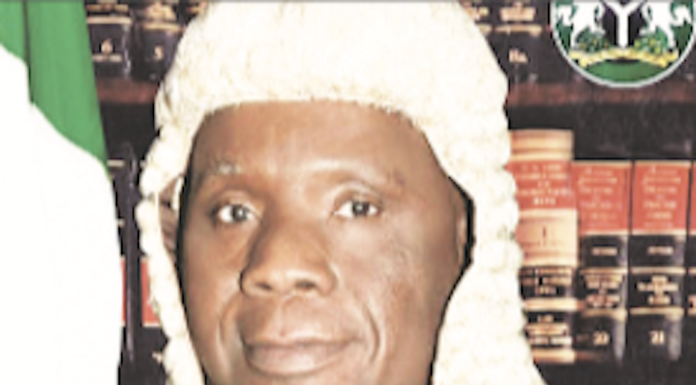