In line with its long-standing commitment to Women and the Well Being of Communities, Coca Cola will support the Ministry of Health to reduce the high maternal and new born mortalities in Ivory Coast and Nigeria.

The Coca-Cola Company will launch a new programâ€“The Safe Birth Initiative to support the Ministries of Health in Ivory Coast and Nigeria to tackle the high incidence of maternal and new born mortalities in the two countries. This was disclosed by the Coca-Cola Europe, Middle East & Africa (EMEA) Group President, Brian Smith, during a courtesy visit to His Excellency Alassane Ouattara,President of the Republic of Ivory Coast.

The program will focus on strengthening the capacity of maternity and neonatal units in selected public hospitals in Ivory Coast and Nigeria. With US$2million grant from Coca-Cola to Medshare International Inc., the US-based not-for- profit NGO will source essential equipment, kits and supplies worth about US $20million to enable safe deliveries and post-delivery emergency care for both mothers and their newborns.

The program will also include the training of biomedical technicians and other appropriate hospital personnel by Medshare International on the operation, repair and maintenance of the donated equipment as well as the reactivation of a huge stock of faulty or abandoned equipment in public hospitals which is a major challenge for the countryâ€™s health care delivery system.

This intervention comes as Ivory Coast, which has enjoyed stability and one of the fastest economic growth rates since the end of a civil war in 2011, grapples with some of the highest maternal and newborn mortality ratios globally. According to UNICEFâ€™s 2016 State of the Worldâ€™s Children report, 38 out of every 1,000 babies die within the first 28 days of birth while 645 out of 100,000 women die during or shortly after childbirth due to avoidable conditions. This translates to 31,000 newborns and 5,400 maternal deaths annually in a country with a population of 24 million people.

In Nigeria on the other hand, about 40,000 women and 260,000new borns (excluding 300,000 stillborn) die during or shortly after child birth annually. About 29% of the new born deaths (90,000) occur in the first 24 hours of birth. For this reason, neonatal mortality is considered as one of the worst public health crises in Nigeria and a major priority for the Government in its resolve to meet the Sustainable Development Goals(SDGs).

BrianÂ  Smith, Coca-Cola EMEA Group President stated,â€œ The commitment to help promote sustainable development in our communities is a fundamental part of Coca-Colaâ€™s strategy for sustainable business growth. This program which demonstrates this commitment will help save the precious lives of many mothers and new borns and also support the remarkable efforts of the Ivorian government at rebuilding this vibrant countryâ€.

President Ouattara welcomed Coca-Colaâ€™s support for the Health Ministry, noting that maternal and child health was an area the country recorded a weak performance under the Millennium Development Goals (MDGs).â€œ Your new program will translate to improved health care and budget savings which will be channeled to other needsâ€ President Ouattara said, adding that his Administration has been able to drive fast growth in the economy at an average rate of 9% over the last 5 years.â€œ Our emphasis now is to boost social expenditure with a focus on health, education and youth employment in order reduce the poverty level further from 50% to about 25% by the end of my current tenureâ€.

Ivorian Minister of Health, Dr. Goudou Coffi, noted that improvement of maternal and new born health care is one of the public health priorities of the country and thanked Coca-Cola for theinitiative. â€œCoca-Colaâ€™s support through the Safe Birth Initiative will significantly strengthen our health care capacity and boost our resolve towards achieving the Sustainable Development Goals (SDG) targets in relation to maternal and new born mortalitiesâ€, she said.

Peter Njonjo, President of Coca-Cola West Africa Business Unit said â€œCoca-Cola has a special relationship with women who are pillars for business, especially in Africa where women playa dominant role in our distribution and retail network. Just like our 5 by 20 Initiative, the Safe Birth Initiative which we will be implementing in Ivory Coast and Nigeria is a platform enabling us to promote the wellbeing of women, in this case, as it relates to the special but vulnerable experience of child birthâ€. 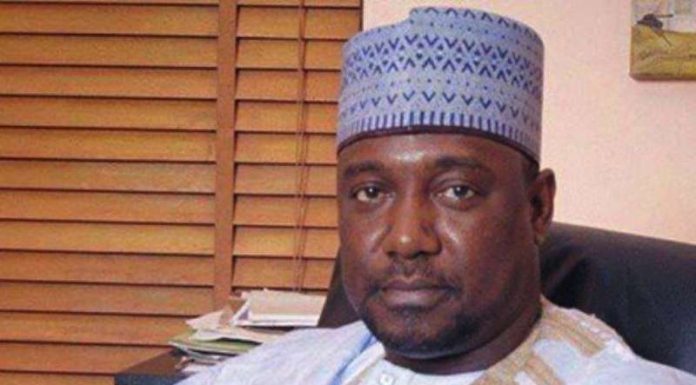