The multi-billion naira, Gospell Digital Technology, Ultra-Modern Surface Mount Technology (SMT), has been inaugurated at the Calabar Free Trade Zone for the manufacture of 2.4 million Set Top Boxes (STBs) as Nigeria looks forward to switching over from analogue to digital television broadcasting.

Speaking at the inauguration ceremony on Thursday, the Minister of Information, Culture and Orientation, Alhaji Lai Mohammed, said the commissioning of the STM plant represents a significant milestone towards the successful migration to digital broadcasting in Nigeria.

Mohammed said it was elating to hear that the installed SMT has the capacity of manufacturing of 2.4 million set top boxes annually.

The minister said the commencement of production, and assembling of the set top boxes, and other broadcasting equipment, and Information and Communication Technology (ICT) facilities was a dream that has come true in Nigeria, earlier than expected.

He gave commendation to the investors in the Digital Gospell Technology for being one of the foremost pilots in the nationâ€™s quest to switch over from analogue to digital television broadcasting.

Mohammed disclosed plans by the federal government to launch a N100 billion per annum free television distribution network for Nollywood.

â€œToday, if you want to buy a Nollywood film, you either go to the Alaba market or you go and buy from the authorised shops. But, with this network, it is now possible for millions of Nigerians to buy on demand. We call it video on demand. It is part of the facilities available on these set top boxes, which means you can buy online. Imagine if 20 million people order a film in on day, it would grow the economy of Nollywood,â€ the minister said.

In his address, Chairman of the Board of Gospell Digital Technology, Mazi Sam Ohuabunwa, stated that the SMT plant would assemble set up boxes as well as produce of other electronics.

He expressed gratitude to the federal government, and other stakeholders in the industry for supporting Digital Gospell Technology towards providing the set top boxes for the digital switch over in Nigeria.

Also speaking, the Group Managing Director of Gospell Digital Technology, Sir Godfrey Ohuabunwa, gave an insight into the facilities, and what the factory is capable of producing.

â€œIn addition to DTT and DTH we are witnessing pioneering efforts in local production by commissioning three SMT automatic chip placement lines, and four pneumatic assembly lines with the capacity of placing 250, 000 components per hour and production of 200, 00 STB per month, and also manufacture 100, 000 printed circuit boards per month.

â€œBy this reckoning, the company is one of very few that you can find anywhere in the West African sub region and is also capable of manufacturing, TV decoders, prepaid electricity metres, smart phones, TV main boards, tablets and all kinds of electronic devices.

â€œIn addition to the above, the most cheering aspect is the jobs that will be created as well as the technological knowledge acquisition that comes with this commissioning. I can say with all sense of responsibility that within the exercise between 300 and 500 jobs will be created and within the next few years, this will go a long way in reducing some of the societal ills associated with idleness,â€ Ohuabunwa said.

He said at the moment, there are 500 employees working in the factory.

Director General of the Nigeria Broadcast Commission (NBC), MallamIshaqModiboKawu, who also graced the unveiling of the factory gave kudos to Digital Gospell Technology for he described as an impressive work.

Kawu said the SMT production lines, which was being commissioned, was the first in West Africa.

He said the production plant would provide the vent for digital broadcast revolution Nigeria and also create opportunities for young people to get employment and boost their economies.

Before commissioning the project, the Cross River State Governor, Professor Ben Ayade, commended Digital Gospell Technology for investing in the state, which he described as the best place to invest in Nigeria.

Ayade said for a start the state government would place an order for the purchase of 5000 set top boxes from the company.

Ayade also promised tax exemption for the company for any indigenous person to the state employed to work in the factory. 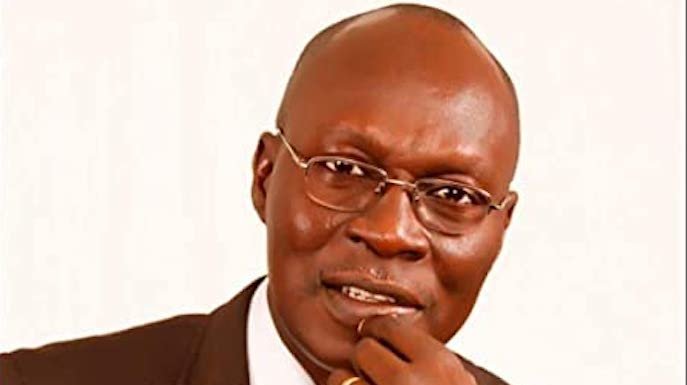 Senate to Amend Its Standing Rules Next Week