Twenty four governors elected on the platform of the ruling All Progressives Congress (APC), have resolved to forward three executive bills to their respective State Houses of Assembly that would pave way for the creation of security trust funds in all the states, setting up of collection and administration of revenue boards, as well as implementation of free compulsory education for citizens, Governor Roachas Okoroacha of Imo State said in Abuja on Friday.Â

The Chairman of the Progressives Governors’ Forum (PGF), who was represented by his deputy, Prince Eze Madumere told newsmen that the moves were part of measures to ensure that policy initiatives of APC states were equally implemented and sustained in APC controlled states.

Â He said that the moves would speed up the institutionalisation of common legal frameworks for adoption and subsequent implementation through legislation across APC states.Â

According to him, “State Security Coordinating Committee and Trust Fund for the States, is aimed at providing a robust, strategic, participatory and community grounded security architecture as a solution to the myriad of security challenges facing the Federal and State Governments.Â

“Security is also central to the realisation of the ideals of social justice, which is the cardinal anchor of the programme of the current government.Â

He added that to survive the current economic realities and sustain healthy internal revenue base, states must design creative, aggressive and robust ways and mechanisms of raising their revenue profile.

Okoroacha said that the prototype bill was targeted at achieving the above, adding that it would help the states restrategise in the identification of their internal revenue base, mapping out of the base and collecting data on business and areas that could shore up the internal revenue base of the state.Â

Giving further clarification on the new moves, the Imo Governor explained that the implementation of the laws in APC state would differentiate the party from other parties.Â

He said â€œthis will differentiate us from PDP or any other party. It is like US where Republicans and Democrats are known for their ideological leanings, APC will be known for the ideology it stands forâ€.

He said though the bills were being initiated now, some APC states like Lagos were already implementing security trust funds. He explained that each state would raise resources according to its revenue generating capacity.

editor - August 12, 2020 2:55 am
9
BY KAYODE KOMOLAFE (THE HORIZON) It is an irony of Nigeria’s history that while today’s political parties are bereft of ideologies and articulated programmes, an... 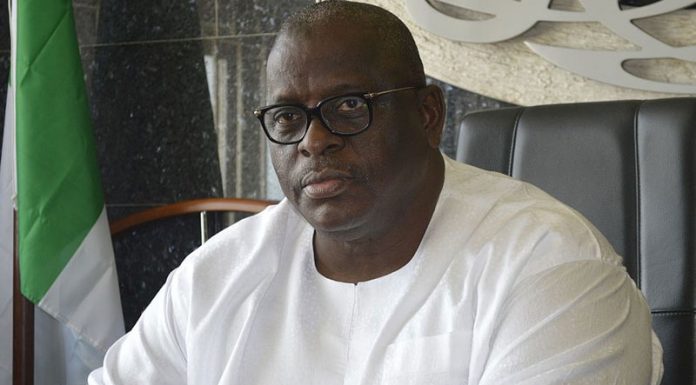 Senators Mourn Kashamu, Say He Was A Grassroots Politician, Philanthropist