The successful conduct of the 40th annual general meeting (AGM) of Oando Plc on Monday has been described as a good development that would impact positively on the operations of the company going forward.

The founding National Coordinator of the Independent Shareholders Association of Nigeria (ISAN), Sir Sunday Nwosu, stated that he was excited at the outcome of the meeting.

While the meeting was going on in Ibom Hall, Uyo, AkwaIbom State, there was a protest outside the venue by some aggrieved shareholders, under the aegis of Oando Shareholders Solidarity Group. However, Oando Plc had said in a statement that all shareholders were allowed access to the venue to raise their legitimate concerns to management and the Board.

According to the company, the protest lost steam after 15 minutes as the protesters quietly dispersed without causing any disruption to the AGM.

â€œHowever before dispersing key representatives of the shareholder associations addressed the protestors asking that they raise their concerns the legitimate way either via writing to the company or by attending the AGM,â€ the company said..

Expressing excitement on the successful AGM, Nwosusaid: â€œThe AGM was very successful, nothing more. We discussed all the issues that needed to be discussed and we voted to keep the management and the Board. The protest that happened outside the venue was carried out by non-shareholders who did not have any business being there in the first place. I went out and spoke with the protesters. I told them that if they were shareholders, they would have known that the right way to raise their concerns about Oando is to officially write to the company secretary. The protest did not disrupt the meeting in anyway.â€

The Group Chief Executive Officer of Oando, Mr. Wale Tinubu, at the AGM thanked the shareholders for their continued support of the company in the challenging times and assured them that the management team would focus on sustaining the companyâ€™s profitability and ensuring returns to shareholders.

â€œAs your management team, we assure you that our main focus will continue to be geared towards sustaining your companyâ€™s profitability and ensuring adequate return for you our esteemed shareholders,â€ he said.

Speaking on the attempts to stop the AGM through petitions, Tinubu said: â€œThe petitioners requested a postponement of our AGM, but we provided the Securities and Exchange Commission (SEC) with all the information required and we were cleared to hold the AGM.â€ 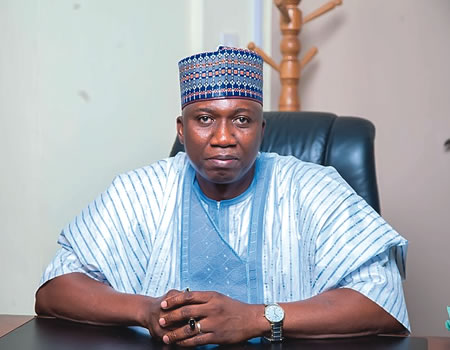