Governor of Bayelsa State, Mr Seriake Dickson, at the weekend maintained that only the Peoples Democratic Party (PDP) was capable of winning elections in all the wards, local councils and at the state level in the state, given its political structures.

Dickson made the assertions during the inauguration of the Contact and Mobilisation Committee of the state PDP led by his Special Adviser on Political Matters, Chief Fyneman Wilson at the party secretariat in Yenagoa, the state capital.

He told the party loyalists, including ward and council chairmen as well as members of the executive of the party that the nine-man committee was set up to reach out and bring bank members that left the party and make appropriate recommendations on how and when those members would be openly received.

â€œThe committee should further ensure that they mop up smaller political parties in the state. Our party is not of bitterness and those opposed to us are not enemies. PDP is the only winning side. Donâ€™t allow them to deceive you. This is the only party that has the capacity to win election,â€ the governor affirmed.

According to him, the PDP in Bayelsa has been very stable with the state House of Assembly nowÂ  working closely with state executive to ensure the stateâ€™s progress.

â€œThe era of repeated crisis in the State Assembly and removal of Speakers is in the past,â€ he stated.

He also warned those allegedly involved in the struggle to instigate political crisis in the state ahead of the choice of his successor in 2020.

â€œAs I said three or four years ago, that the case of these kind of politicians is likened to an antelope that was called to dance. Antelope starts dancing early and when the dance day comes, the antelope legs are broken.

â€œPlease tell them to take it easy. Any ambition is planned. Plan it well and time it well. It is not yet time for governorship election. It is in 2020, donâ€™t be misled,â€ he added.

Chairman of the PDP in the state, Mr Cleopas Moses, in his remarksÂ  noted that the only political party with numerical strength to do the right thing and win elections in the state is the PDP.

â€œWe have come to the resolution that due to the numerous persons that are friends that left the PDP and they are not comfortable where they are. They are in the sober mood to come back,â€ he said.

Moses said the decision of the PDP to welcome back those that leftÂ  was arrived at after consultations and because of â€œthe understanding of the state governor, Dicksonâ€

He said: â€œ Dickson has the capacity to tolerate people and he has a big heart. PDP in Bayelsa is united, safe and not the property of anybody. We are confident and available to take them on.â€ 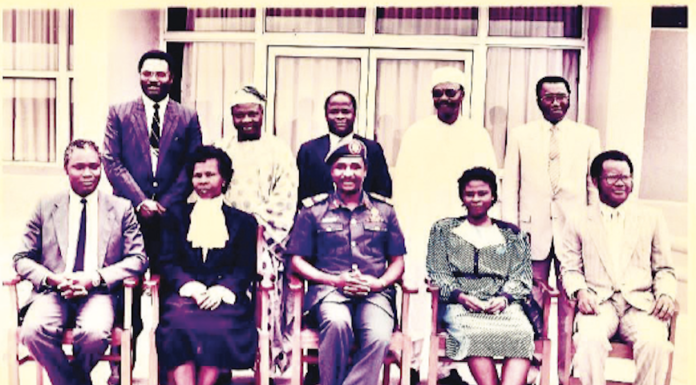