The jostle for who takes over from Governor Seriake Dickson of Bayelsa State may have begun in earnest in Bayelsa, as forces loyal to the camp of ex-President Goodluck Jonathan and his wife, Patience, have reportedly started plotting a complete takeover of the structures of the Peoples Democratic Party (PDP) in the state, THISDAY learnt yesterday.

A grand plan, not precluding the impeachment of Dickson before 2019 if the plot to neutralise his capacity to choose his successor fails, is also in the offing, a reliable source, in the know of the goings-on indicated in Yenagoa.

The top-notch source told our correspondent that part of the plan which has faltered temporarily, following the non-dissolution of the state exco, was a petition written by Mr. George Turnah, a political godson of the former president, listing reasons why Ahmed Makarfi, the party Chairman, should dissolve the party exco in the state.
Also, the plan to wrestle the soul of the party, it was learnt, was to consolidate the long-standing perception that a leader that cannot control the party at the state level should not have a say at the national.

According to the source, the ex-president, who is said to be eyeing a return to the presidency, was also bent on using the control of the stateâ€™s PDP platform to present a strong argument on why he should fly the presidential flag of the party in 2019.

The power-broker said: â€œIt will guarantee him (ex-president) a sure footing to make a strong bid for the partyâ€™s presidential ticket come 2019. Hence, the need to take all opposition out at all costs.
â€œThe former president through his godson, George Turnah, was behind the petition to the PDP National Working Committee (NWC) accusing the governor of among other things siding with Sheriff and engaging in anti-party activities.

â€œTo this end, we learnt on good authority that the former president himself with his own handwriting inserted Bayelsa to be listed among the other seven states whose executive committees were slated for dissolution arising from the decision reached at the partyâ€™s recent non-elective convention held in Abuja.â€

Chairman of the party, Mr. Cleopas Moses, insisted that PDP would not be used as a platform by â€œanti-democratic forcesâ€ to impose their candidates on the party, noting that under his watch, nobody can hijack the party.
He expressed appreciation to the National Chairman of the party, Makarfi, for not dissolving the stateâ€™s party executives despite pressure mounted on him by some elements in the state to do so.

â€œThose pushing for the dissolution of the state exco were the same people that tried but to no avail to use the defunct Transformation Ambassador of Nigeria (TAN) to detribalise the state in the wake of the 2015 election.
â€œHaving failed to stop the re-election of the Governor in 2016 , the same characters have regrouped to undemocratically take over Bayelsa state party structures ahead of the 2019 with the aim of foisting Governor Dicksonâ€™s successor on the PDP executives.

The source added that meetings were going on to remove the governor by first impeaching the speaker who will be disposed to unseating the incumbent, being spearheaded by a neighbouring sister governor.
â€œAs we speak, there are plans to impeach the speaker, replace him with another member of the House who will in turn pave the way for the governorâ€™s impeachment.

â€œA number of secret meetings are going on in different parts of the state and the whole scheme is geared at removing the governor,â€ said the source who spoke in confidence. 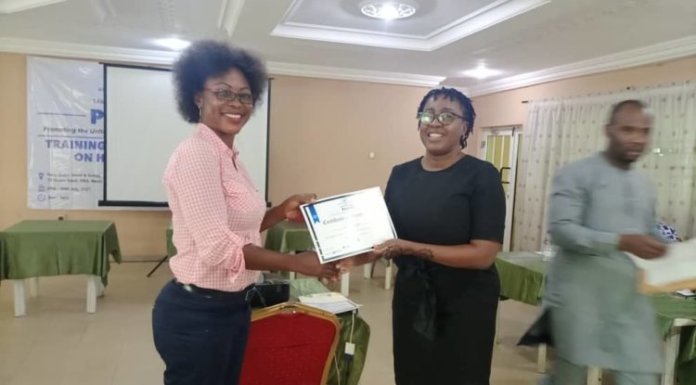