A distinguished elder of the Omisore Dynasty, Engr. Ezekiel Iyiola Omisore, has joined the league of nonagenarians.
To mark the milestone, a symposium of scholars was held in his honour recently in Lagos, and it was themed â€˜Sustainability in the Built Environment: The Nigerian Perspectiveâ€™.

One of the speakers at the symposium was former Vice Chancellor of the University of Lagos, Prof. Oyewusi Ibidapo-Obe, who noted in nation building, perfection is not achieved in the short run. â€œWhat is important is to ensure steady progress anchored by propriety, equity and justice.â€
The first class graduate of Mathematics also lauded Omisore, who he described as a man who belongs to the â€œfirst generation of Nigerian engineers, a pioneer builder of the nation, a devoted patriot, a disciplined, astute and forthright person.â€

Another speaker at the symposium was a former Executive Secretary of the National Universities Commission (NUC), Prof. Peter Okebukola, who spoke on the topic â€˜Education as Corner Stone of Sustainability in an Built Environment and Nation Buildingâ€™. â€œEducation is key for the development of skills and knowledge for growing the economy and spawning new industries,â€ he said. â€œIt is necessary for promoting health, because knowledge about diseases, nutrition and hygiene is best preventive medicine â€“ and knowledge is the prerequisite for inventing new cures; and education is also important for applying new technologies and the advancement of new knowledge because it provides the training essential for scientists and other professionals including architects and engineers like Baba Arole Iyi Omisore.â€

The third speaker at the symposium was the Deputy Chief Coordinator of the Olusegun Obasanjo Presidential Library, Mr. Ayo Patrick Aderinwale, who pointed out that all the countryâ€™s built infrastructures has been bastardised by inept, corrupt and mindless leaders that took over from the founding fathers of modern Nigeria.
â€œThere is urbanisation of poverty as it relates to the development of slums in city centres and the erosion of our city master plans, and public utilities like railways have been reversed against man and nature.â€
Speaking in the same vein, The son of the nonagenarian engineer, Tokunbo Omisore, said â€œwith the synopsis of the three distinguished lecturers I have no doubt in my mind that the country should be bothered on restructuring our educational system before considering any other thing.â€ 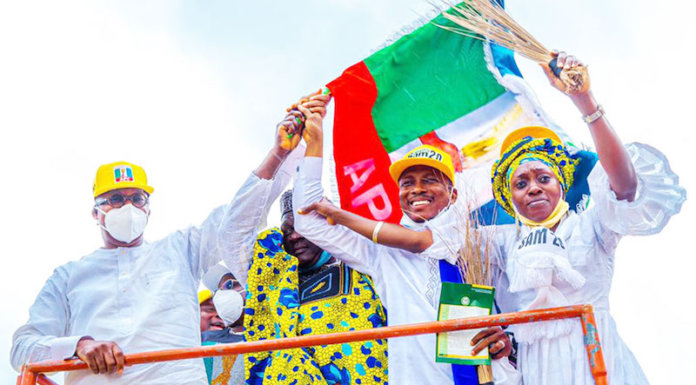