The report merely confirms that the roots of corruption in the police and judiciary are deep and wide
The National Bureau of Statistics (NBS) recently released a report on bribery in Nigeria. A total of N400bn was received in bribes by public officials within a period of one year, according to the report which stated further that 32 per cent of Nigerian adults who had contact with public officials between June 2015 and May 2016 had to pay bribes to government workers. The police and the judiciary were rated as some of the most corrupt institutions in the country.

While both the police and judiciary have disputed the report, it is nonetheless worrying that the institutions responsible for justice administration in Nigeria are considered the most dishonourable in their conducts. That is why we urge the authorities concerned to go beyond denials to instituting corrective measures. Admitting the full scope of the challenge and exposing the soft underbelly of extant practices that fuel bribery and strengthen the life wire of financial misconduct are necessary preambles to finding a sustainable solution.

Even before the NBS report, stories about the cesspool of corruption in the judiciary were rife in the public space. There had been numerous allegations, some of them very weighty, against many of the nationâ€™s judicial officers. Speaking at an event organised by the Ikeja chapter of the Nigerian Bar Association (NBA), a former President of the Court of Appeal, Justice Ayo Salami, once told lawyers: â€œYou members of the bar often tell sordid stories or tales of certain high ranking serving or retired judicial officers who act as â€˜arrangeesâ€™ or couriers of bribe. That is, such are engaged at a fee to reach out to judges to influence or â€˜purchaseâ€™ justice in certain sensitive cases.â€

The case of the police is worse. While there were several stories of police officers collaborating with criminal gangs, not a few Nigerians have had experiences of extortions from some of the notorious officers and men who act in a manner unbecoming of a police force. Demanding bribes from motorists on the roads, collecting money before accused persons are offered bail from their stations aside being deployed as muscle men for rich people, the image of the police is not as edifying as their authorities would want Nigerians to believe. The problem is now compounded with the damaging allegations from a serving senator who, as it is now coming out, may himself be a former police officer.

Given the foregoing, attacking the NBS for a report that merely validated what most Nigerians actually believe will not resolve the problem nor will mounting a media propaganda. The authorities within these institutions must begin to distinguish between all the variants of the pervading malaise, so that appropriate strategies for tackling each can be designed and implemented within the broader framework of values reorientation. This will lead to an eradication of the various forms of graft that the operating environment subtly encourages and nurtures.

In the judiciary, there is an urgent need for internal house-cleansing. The crisis of credibility afflicting the arm of government has taken a serious toll on the institution whose image in the eyes of most Nigerians is now severely battered. So bad is the situation that some men and women on the bench, including Supreme Court Justices, are being linked with allegations of corrupt practices. Restoring credibility has therefore become very important.

As we have highlighted on this page on several occasions, those who bring shame upon the police and the judiciary are the same custodians charged with maintaining the integrity and prestige of the two institutions. It is therefore high time all stakeholders within the police and the judiciary sat down to realistically deal with the issue of bribery that robs the administration of justice in Nigeria of its impartiality, fairness and integrity. 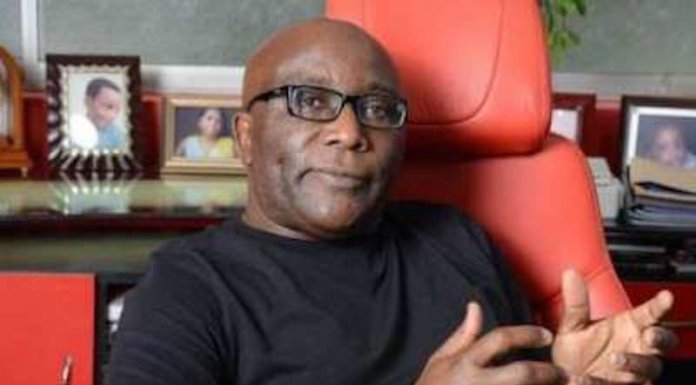