The Civil Society (CSO) Advisory Committee for the European Union (EU) funded Project, â€˜Support to Anti-Corruption in Nigeriaâ€™ has commended the significant achievements recorded under the initiative.

The committee also noted that the impressive work done under the project contributed to the visibility of Nigeriaâ€™s anti-corruption crusade and highlighted the need for human rights observance in the fight against corruption.

In a statement signed by the Committeeâ€™s Chairman, Mr. Olanrewaju Suraju, at the end of its 11th and final meeting held recently in Lagos, the Committee expressed satisfaction with the successes achieved by the project and suggested that efforts be made by the various implementing organisations to sustain the project initiatives.

The statement said the meeting was briefed on the activities undertaken under the project by the implementation team from the United Nations Development Programme (UNDP) and representatives of 10 CSOs that received grants to carry out various anti-corruption activities.

The statement said 100 CSO representatives were trained and prepared to participate in the grants process and that a number of the trained CSOs prepared result-oriented proposals, out of which 10 were selected for the award of grants by a Grant Award Committee to conduct anti-corruption activities. The successful grantee Organisations were then supported to implement activities highlighted in their individual grants applications.

It stated that: â€œThe results show that the grantees did impressive work on advocacy and public engagement, capacity building, education and youth empowerment, budget tracking, policy development and ICT for corruption prevention.â€

Particular instances are the results recorded by the New Generation Girls and Women Development in Ekiti State where 3,710 in-school youths pledged to uphold integrity in all their dealings; 730 PTA members were reached during the dialogue with PTA members and the culture of silence was broken such that people (children, youths and adults) discussed corruption and its effect openly in public places, schools and homes.

Also the Self Help Development Facilitators in Imo State trained and assisted 25 CSOs to submit tracking reports based on the 2016 Imo State budget and to take part in capital projects tracking in the 14 LGAs with 40 postings verified.

Lastly, the African Network for Environment and Economic Justice in Delta State through the grant has gained the recognition of the Nigerian government for their work on the UNCAC review process and implementation. This has also led to the inclusion of ANEEJ as part of the Nigeria official delegation to the expert meeting on the management and disposal of recovered and returned assets in support of sustainable development, in Addis Ababa, Ethiopia.

The grant support fostered an increase of CSOs participation in the UNCAC review process in Nigeria as the number of CSOs who participated at the country visit grew from 3 during the 1st review to 6 during the 2nd review. The UNCAC international coalition also recognised ANEEJ leading role in mobilising CSOs to participate in the 2nd UNCAC review circle in Nigeria.
It reported that there were also CSO engagements with the Presidential Advisory Committee Against Corruption (PACAC), as a result of which the CSO Advisory Committee was able to align its activities with the objectives of the PACAC.

The statement said the project supported the establishment of a network of Public Procurement Monitors to rejuvenate their mandate as stated in the Public Procurement Act 2007, to monitor procurement processes, with Memorandum of Understanding signed and Terms of Reference agreed upon between the Bureau of Public Procurement (BPP) and the CSOs involved, in which they committed to work in cooperation and partnership with the BPP. The CSOs worked with the BPP to develop the Nigeria Open Contracting Portal: http://95.85.54.188/.

Other identified outputs from the project include the production and dissemination of over 3,000 Anti-Corruption outreach materials that contributed to the visibility for the anti-corruption crusade and the project.

There was also support for engagement between the CSOs and the National Assembly to promote the critical role of the Legislature in combating financial crimes; to afford the members of the relevant Committees of the National Assembly the opportunity to acquire in-depth knowledge of relevant Bills for combating corruption and financial crimes; and to engender synergy between the Legislature and the CSOs.

These resulted in a call by members of the CSO Advisory Committee to the Attorney-General of the Federation to consider withdrawing the proposed Money Laundering (Prevention and Prohibition) Bill, 2016 and substituting it with a Bill to amend the existing legal regime as well as a commitment by the legislators involved in the engagement to ensure the passage of the Mutual Legal Assistance in Criminal Matters Bill, 2016.

There was support to the National Orientation Agency, the Economic and Financial Crimes Commission, and the National Human Rights Commission to highlight the need for human rights observance in the fight against corruption; and a mapping exercise of CSOs with anti-corruption mandates throughout the country to document their strengths and weaknesses.

The meeting advised CSOs on the need to diversify their sources of revenue and rely less on external funding in order to sustain their organisations and activities.

It commended the Federal Executive Council for approving the National Anti-Corruption Strategy adopted by stakeholders at a validation meeting in March 2017, and called for the vigorous implementation of the recommendations contained in the document.

The meeting called on the National Assembly to expedite action on various Bills pending before it which are aimed at strengthening the legal framework for different aspects of the anti-corruption crusade.

It also called on the federal government to put in place mechanisms for ensuring transparency in the management of stolen assets which have been recovered, which should include to proactively disclose the amounts and percentages of the recovered assets being spent and the purposes for which they are spent.

The meeting expressed concern that disbursements to State governments from the Ecological Fund, which were meant to address problems of flooding, erosion, desertification and other environmental challenges had been largely wasted or looted with the result that millions of citizens across the country are left to suffer from the devastating effects of heavy rains and floods in recent times without assistance from the government.

It called on the federal government to ensure that subsequent allocations or disbursements from the Fund are judiciously spent on the purpose for which the Fund was established.

It also called on the 36 States and the Federal Capital Territory (FCT) to be transparent in their utilization of another tranche of Paris Club refund, totalling N243,795,465,195.20, which was recently disbursed to them, arising from over-deductions from their Federation Account Allocation Committee (FAAC) allocation for external debt service between 1995 and 2002. 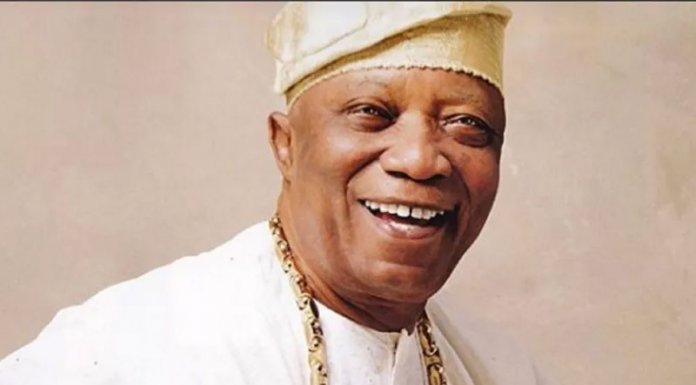