The Federal High Court in Abuja tuesday granted the request seeking to serve court processes on Nnamdi Kanu and the Indigenous People of Biafra (IPOB) through substituted service.

The court, however, ordered that other respondents in the matter, namely, the Inspector-General of Police (IG), the Commandant General, Nigeria Security and Civil Defence Corps(NSCDC) and the Attorney-General of the Federation be served personally.

Justice B.O. Quadri gave the order, following an ex-parte application by Mr. Richard Ndubuaku, for an order of court for substituted service of all the processes of the court on the defendants by publishing them in two national newspapers.

Ndubuaku, who made the application through his counsel, Mr Smart Iheazor, also asked the court to make an order restraining the respondents, whether by themselves, members or agents from disrupting the forthcoming Anambra election.

According to the News Agency of Nigeria (NAN), he also asked the court to make an order restraining Kanu and all members of IPOB from interfering, intimidating and harassing all registered and eligible voters in the November 18 Anambra election.
He further asked the court to prevent Kanu and IPOB from mobilising its members either by threat or undue influence to scuttle the election, pending the determination of the originating summons.

Iheazor told the court that his client premised his application on the grounds that Kanu and IPOB had severally made utterances and threats which were published in newspapers which they had not denied or retracted.

â€œFrom the antecedents of Kanu and the activities of IPOB, they are capable of carrying out their threat.
â€œServing the processes of this suit on them by publishing in two national newspapers will bring same to their knowledge as it will be dangerous and difficult to effect personal service on them.

â€œThe applicant has several businesses and business interests and houses in Onitsha and Awka with over 100 staff that will be affected if the threats of Kanu and IPOB are carried out,â€ he said.

Iheazor further explained that the applicant was almost 70 years old and may lose all his life investments in Awka and Onitsha and may not withstand the destruction of his life long struggle.

The judge, however, only granted the order of substituted service on Kanu and IPOB, and refused all the other reliefs sought by the applicant and asked that all parties in the suit be put on notice.

In refusing to grant the other reliefs sought by Ndubuaku , the judge said that the federal government has the capacity to ensure that elections held in Anambra.
He adjourned the matter until October 10 for hearing. 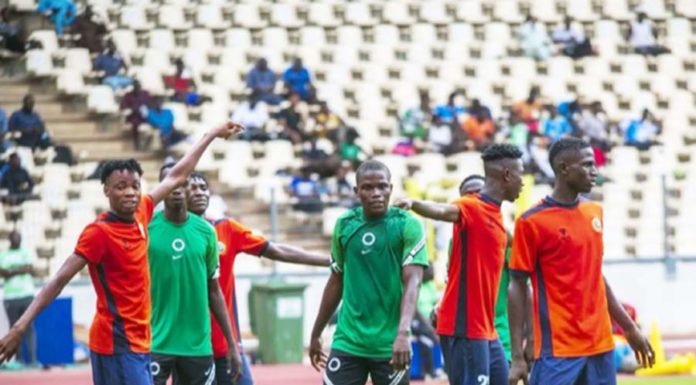