A couple of days ago, Mr. S.T. Hon SAN questioned the constitutional validity of the administrative power of Chief Judges to order the release of under trial prisoners languishing in dehumanising conditions in Nigerian prisons. I found out, to my utter dismay, that the totality of the learned senior counselâ€™s submission was anchored on the speculative belief that the Chief Judges have been performing such functions under â€œthe respective high court laws and high court rulesâ€.

Although I drew my learned colleagueâ€™s attention to the relevant provisions of the Prison Act and the Criminal Justice (Release from custody) Act which have empowered top judicial officers including the Chief Justice of Nigeria and Chief Judges to conduct prison visits and order â€œthe release of any prison inmate if satisfied that the detention of that person is manifestly unlawful; or that the person detained has been in custody, whether on remand or otherwise, for a period longer than the maximum period of imprisonment which the person detained could have served had he been convicted of the offence in respect of which he was detainedâ€ he did not change his position.

In fact, in his curious rejoinder to my intervention in the needless debate Mr. Hon SAN did not pay any attention to both laws as he insisted that his shaky submission on the matter was unassailable. In questioning the administrative release of prison inmates he accused the Chief Judges of usurping the powers of the President and state governors by granting pardon to persons concerned with criminal offences. Thus, I am compelled to reiterate that the prisoners released by Chief Judges have not been pardoned but merely released from illegal prison custody. To that extent, such prisoners may be rearrested and prosecuted by the government. But a convict pardoned by the President or a state governor is said to be a new man (novus homo) having been acquitted of all corporal penalties and forfeitures annexed to the offence. See Falae v Obasanjo (No 2) (1999) 4 NWLR (Pt 599) 476..

Instead of relying on local and foreign authorities on the undisputed constitutional powers of the President and state governors to grant pardon to convicts and criminal suspects, Mr. Hon SAN may wish to have a look at the case of Edwin Iloegbunam & Ors v. Richard Iloegbunam & Ors (2001) 47 WRN 72 wherein the Court of Appeal had upheld the constitutional validity of the Criminal Justice (Release from Custody) (Special Provisions) Act. In that case, the Appellants were arraigned on a holding charge of attempted murder before the Magistrateâ€™s Court, Ogidi, Anambra State on July 3, 2000. For want of jurisdiction the Magistrate Court refused the application of the Appellants for bail and ordered that they be remanded in prison custody. However, before they were properly charged with murder at the High Court the Chief Judge of Anambra State visited the Onitsha Prisons and ordered that the Appellants be released on bail. In making the order the Chief Judge did not pardon the murder suspects but merely released them on bail.

As soon as the Appellants regained their freedom the complainants in the murder case filed a motion ex parte at the Lagos judicial division of the Federal High Court and prayed that the Appellants be rearrested and held in prison custody. The application was granted as prayed. Completely dissatisfied with the order the Appellants approached the Court of Appeal for the restoration of their fundamental right to personal liberty. In justifying the decision of the lower court the Respondentsâ€™ Counsel, Chief Anah SAN questioned the constitutional validity of the Criminal Justice (Release from Custody) (Special Provisions) Act under which the Anambra Chief Judge had released the Appellants on bail. In my submissions on behalf of the Appellants I argued that the validity of the Act could not be challenged since it was made to protect the fundamental right of prison inmates to personal liberty guaranteed by section 35 of the Constitution. In allowing the appeal the Court of Appeal had no hesitation in upholding the validity of the Act.

In the leading judgment of the Court, Oguntade J.C.A (as he then was) held that â€œthere is power in the Chief Justice of the Federation or any of the Chief Judges of the States to order the release of persons detained in prison custody in the exercise of their power under section 1(1) of the Criminal Justice (Release from Custody) (Special Provisions) Act Cap 79 Laws of the Federation of Nigeria 1990 is not in doubt. The exercise of that power by the Anambra Chief Judge would definitely constitute a different cause of action for the present respondents if they feel aggrieved by it. And an action founded on the exercise of that power which action is challenging the authority of the Chief Judge is one that should be brought before the High Court of Anambra State by virtue of Section 272 of the 1999 Constitution.â€

It may interest Mr. Hon SAN to know that heads of court in other jurisdictions in common law countries are applying similar laws to decongest prisons by releasing indigent prison inmates from prison custody during prison visits. In Writ Petition (Civil) No. 406/2013 in which judgment was handed down on September 16, 2014 the Supreme Court of India directed magistrates and session judges to visit prisons in their districts for two months to identify and release under trial prisoners who had already been held in custody for half of the maximum period prescribed by law for the offences for which they were charged. The court however pointed out that the order did not apply to under trial prisoners whose offences attract death penalty. Since not less that 66 percent of inmates were awaiting trial in the various courts across the country Chief Justice R. M. Lodha noted that â€œThere are people who cannot take bail. There is nobody for them. They languish in jails because courts are not enabled to take their cases.â€

The progressive verdict of the Supreme Court of India has reverberated throughout common law countries and has strengthened the campaign for prison decongestion. In March this year the Chief Justice of Pakistan, Justice Ahmed Sheikh visited the Malir district prison. Based on the complaints of several prison inmates the Chief Justice met with the Inspector general of prisons for the district, Mr. Nusrat Manghan. Following the directive of the Chief Justice the prison management announced a remission of 60 days to the entitled jail inmates apart from those convicted for espionage, subversion, terrorism and murder. Just last month, the Principal Judge of the High Courts of Uganda, Justice Yorokamu Bamwine directed all High Court judges and magistrates to release all prisoners who have overstayed on remand without trial. His lordship lamented that on his countrywide tours to prisons, he met many prisoners who have stayed on remand beyond the statutory period. He said Article 23 of the Constitution demands that untried persons remanded on non-capital offences, should be released on mandatory bail after three months in jail. In justifying the directive, Justice Bamwine said that his directive was intended to protect liberties of suspects as provided for in the Constitution and that one way of ensuring compliance is through routine visits to prisons to ascertain the numbers and conditions in prisons and routine meetings with all judicial officers and court staff, among the best practices.â€

From the foregoing, our Chief Judges are on terra firma in exercising their powers under the Criminal Justice (Release from custody)(Special Provisions) Act in ordering the release of under trial prisoners during prison visits. Apart from the decision of the Court of Appeal in the case of Iloegbunam v Iloegbunam supra which has upheld the validity of the Act section 8 of the Administration of Criminal Justice Act, 2015 has imposed a duty on Chief Judges to appoint high court judges and magistrates to visit detention centres once a month with a view to ensuring that the indigent under trial prisoners are not detained without legal justification in line with paragraph 55 of the United Nations Rules for the Treatment of Prisoners adopted by Nigeria. 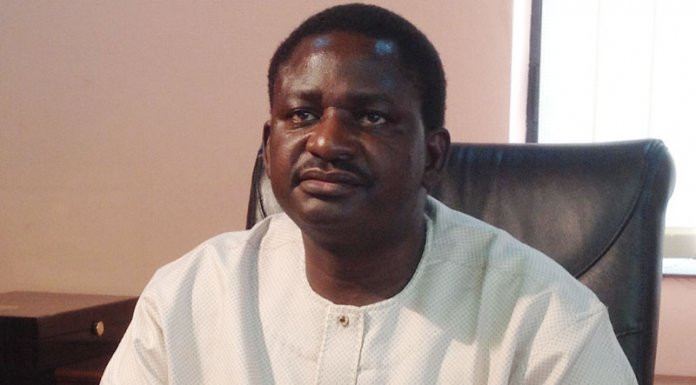