Beyond the target it has set for itself, the decision of the management of Sigma Pensions Limited to rebrand is part of a strategy to achieve its 2020 goal. Raheem Akingbolu reports

For decades, rebranding has remained a major tool used by promoters of local and multinational brands to remain relevant and connect with various generations. Despite their iconic status, brands like Coca-Cola, Nike and Kellogg’s never miss the opportunity to ovehaul their brand essence when the need arises. Perhaps that is why they have been able to maintain market leadership for decades.Â  Sometimes, it could be radical overhauls or minor changes in their outlook to speak to emerging markets.

This explains why last month was significant in the history of Sigma Pension Limited. In line with global trend, the 13 year old company refreshed its identity and reaffirmed its brand promise. It came with a new logo and exciting colours that spoke volumes of its mission and vision in the Nigerian market. For a company that has established its footprints on the market, the rebranding was considered by analysts as timely and important for its determination to make further inroads by the year 2020.

At a well attended event by stakeholders and management of the company in Abuja, its Chief Executive Officer, Mr. Dave Uduanu, announced the launch of a refreshed identity as part of the evolution of the Sigma brand. According to him, the new refreshed logo symbolises who the company is today and showcases its dynamic futuristic approach to its business. In the new identity, colour blue and green are conspicuous.

Speaking further on the new logo, he explained that â€œthe colour blue symbolises a sense of security, while connoting trust, dependability and professionalism and the colour green is perceived as the colour of money and liquidity, adding that it represents: growth, renewal, and wealth.

One slight difference in the companyâ€™s approach is that it is an extensive change in order for the business to achieve the required regeneration for growth and profitable returns. This is necessary as the group is already making inroads into some other segments of the market. To pundits, this has singled out the handlers of the brand as people with foresights. Of course, the management stated clearly that the refreshed identity embodies the group’s internal values and the direction they were heading to henceforth

From anywhere one chooses to look at it, what the pension company did was a response to global trend if one considers how some of the greatest brands in the world often rejuvenate to remain fresh.Â  At a time many company are being careful to incur extra cost on strategy, handlers of the Sigma brand see the time as a period to further connect with patrons.Â  According to insider source, the decision became necessary to keep it on top as the nationâ€™s number one pension service brand. To them, it is a new chapter that would help it extends its horizon.

In less than 24 hours after the official unveiling, customers who visited the company or have access to its manual or style guide could feel the new identity and have insight into the brand language – colours, motifs, fonts, and entire brand philosophy. Also, in the last few weeks, the company has maintained the new identity in its advertising materials.

According to THISDAY findings, the conceptualisation and implementation of the new identity took the creative egg heads within and outside the group some months before they arrived at the final output. In the new look, all its iconic elements were retained but with few modification to communicate the new status of the brand.

To pundits, this has singled out the handlers of the brand as people with foresights.
Of course, the management stated clearly that the refreshed identity embodies the groupâ€™s internal values and the direction they were heading to henceforth.

Its Executive Director, Technical, Mr. Ibraheem Balarabe, captured the process when he said that; â€˜â€™the rebranding exercise has been a strenuous yet delightful experience developing and creating this new look and today we are pleased to present the new face of Sigma Pensions Limited to you all.â€™â€™

The management of the company was clever enough to let their patrons know their future plans. Among other things, the managing director disclosed that the company projection was to increase its asset under management to N600 billion in the next couple of years from N310 billion it currently manages.

Sigma Pensions is one of the first set of seven PFAs licensed by the National Pension Commission (PENCOM) in 2005 and one of the operators to commence the implementation of the PRA in 2004.

â€œSigma Pensions has since grown its assets under management to over N310 billion with more than 700,000 registered contributors on its platform,â€ he said.

Â Uduanu also said the company is â€œready for the next milestone of achieving N600bn in the next few years.â€

He said by 2020, the company aimed to be a more productive and profitable organisation and looked forward to embarking on the journey with its customers.

The CEO further stated that the new Sigma Pensions would be a company solely focused on putting the needs of its customers first.

â€˜â€™We have just recently instituted the Anti-Bribery & Corruption Policy at Sigma. It is an unprecedented approach to business in the industry and it goes a long way to validate the trust our customers repose on us to do the right thing as a business at all times. Sigma Pensions is a company that adheres to the highest levels of business integrity and we take our responsibilities to our stakeholders very seriously. We want our customers to trust us more and to do more business with us which, in turn, will improve company performance and ensure the consistent growth of funds kept in our custody,â€™â€™

While driving home his point, he said the Sigma team was poised to deliver on its core values of teamwork, leadership and competence. â€˜â€™In other words, we are set to change the narrative of the pension business in Nigeria. We have in fact already set the ball in motion. Earlier in the year, in April to be precise, Sigma Pensions was recognized by the London Stock Exchange (LSE) in its recent report on â€˜Companies to Inspire Africaâ€™.

â€˜â€™We were the only PFA in the Nigeria to get that recognition and it is a feat we are very proud of. To be listed as one of the fastest growing private businesses in Africa in these difficult times is a praise-worthy achievement.

â€˜â€™We also recently grew our Asset under Management to N310billion and we are ready for the next milestone of achieving N600billion in the next few years. Sigma Pensions has indeed come a long way and many of you here have been a part of that journey. You have celebrated milestone after milestone with us over the years and we acknowledge your commitment, we appreciate your patronage,â€™â€™ he said.

Speaking on what the future holds for the brand and involvement of Actis Private Equity, the companyâ€™s Global Head, Natalie Kolbe, said the firm as an internationally regulated shareholder known for adopting the highest level of integrity and business practices brought the same cultureÂ Â  to Sigma Pensions, adding that it was fully evidenced by the recently introduced Anti-Bribery and Corruption policy.

She said: â€œNow customers can rest easy knowing that their affairs are being handled by professionals who possess the highest ethical standards in the industry. It is our hope that this development is adopted by other operators in the industry so that we have a better sustained business entity with global best practice standards.

Be assured that we have in place the right team of high performance professionals you can trust and who will work tirelessly and relentlessly towards delivering excellent and superior service always.â€™â€™

Brand at a glance

Sigma Pensions Limited (RC 606338) was incorporated in August 2004, with the sole objective of undertaking the business of Pension Fund Administration in Nigeria according to the Pension Reform Act (PRA 2004) and is regulated by the National Pension Commission (PenCom). The company had an initial authorised share capital of N300,000,000.00 ordinary shares of N1.00 each and has since been raised to N1,250,000,000.00 of shares, with N985 million of the shares fully paid-up and ranking pari passu. It is important to note that this issued and fully paid-up share capital is 650% of the amount required by the Act, this is because the shareholders of Sigma have ensured that there is more than adequate capital available to meet the company’s needs.

Following the approval-in-principle granted to the company on the 8th of July, 2005 by PenCom and the fulfillment of all pre-licensing requirements, Sigma Pensions was granted full license to operate as a Pension Fund Administrator (PFA) on the 7th of December, 2005.

The Sigma Family is currently above 600,000 members; hence, its determination to readily commit to manage pensions in the best possible way at all times. 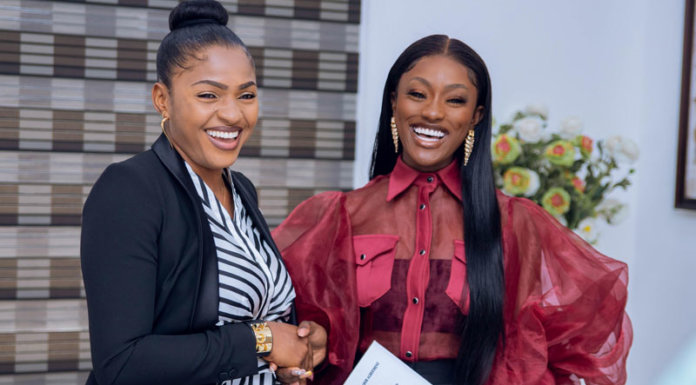