Tough talk will do little to resolve the prevailing agitations.There is need to build bridge over troubled waters

Returning from his 103-day medical vacation abroad, President Muhammadu Buhari, gave a nationwide speech which, according to many social critics, remained perhaps the worst ever in his more than two-year presidency. Although he touched on several themes of national discourse during his long sojourn abroad, including security, national cohesion, worsening separatist agitations and restructuring, not a few critics felt that the speech was too terse and somewhat arrogant.

Particularly offensive to the sensibilities of many Nigerians was his casual reference to some vexed national issues, without addressing the challenge thrown up by a quit notice given to people belonging to a particular ethnic group in a section of the country. The expectation was that the president would use both his moral authority and the law to weigh in by calling to order the purveyors of hate speech, not only in a particular section but across the board.

In fairness to the president, the speech might have intended a middle of the road approach to some of the divisive issues that currently plagued the country. But that objective suffered a debilitating failure by a stubborn refusal to appreciate some of the undercurrents that now shape the political discussions in the country. For instance, the president regarded the unity of Nigeria as settled and sacrosanct but dismissed the agitations for restructuring of the federal system as crossing the national red line.

This misreading of the situation dripped through the brief presidential speech which foreclosed any discussion about how Nigerians should live together or how the system could work better for the greater majority of our people. We think this is a misconception and a most difficult way to quell the uprisings for detailed discussions about how to review the prevailing skewed and stifling federation that is, more than any other factor, fuelling the agitations across the country.

The president obviously misconceived the thin link between the upsurge of quests for the rebalancing of the federation and the separatist agitations by an obscure group in the South-east that has been given oxygen by the manner of federal responses. Whereas a rebalancing of the federation would most definitely render impotent all the opportunistic agitations for separation, President Buhari has inadvertently united the interests of these two distinctive demands with his hard line posture.

It is appreciable that the president shifted some grounds when he mentioned the National Assembly and the Council of State as the only constituted fora for the discussion of these national issues, suggesting that some of them could be taken there for conversation. But an oracular approach to the constitutionality of these bodies as the only legitimate fora for the review of issues of national interests could become counterproductive and unhelpful.

The president, therefore, must be aware of the place of freedom of speech and association in a democratic and pluralistic country like Nigeria and understand that rather than be a disadvantage, both are essential ingredients of nation- building. It is therefore against this background that we urge the president to disembark from his ultra-nationalism and tough talk over the prevailing demand for a more workable federal state in the country, knowing full well that such an approach that threatens to regard critical views as hate speech would only drive the agitators underground. The consequence of this could only be better imagined.

Meanwhile, there has been a consistent pattern of drabness and lack of depth in presidential speeches that someone must pay attention to. Last week Mondayâ€™s was an epitome of this as it failed to assuage frayed nerves while the language was, to say the least, pedestrian. Besides, it worsened the countryâ€™s fault lines while exposing its divisiveness in a manner that has been unhelpful to the president. 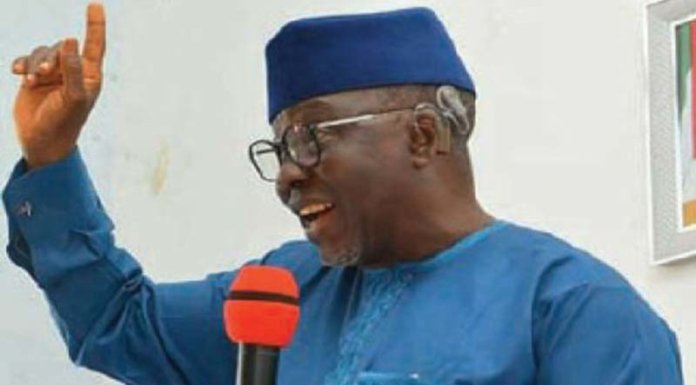