The European Union Delegation to Nigeria and Ecowas on MondayÂ stepped into the visa procurement difficulties faced by some of the successful awardees of the 2017 Erasmus + Scholarship programme.

The Deputy Head of Delegation, Richard Young who made the intervention at the Pre-departure Orientation programme which held at the headquarters of the EUâ€™s office in Abuja, assured that the EU will do its best to ensure that none of the successful awardees loses the opportunity of furthering their education in the EU as a result of failure to procure their visas.

16 Nigerian students out of over a thousand that applied for the 2017 Erasmus + Scholarship programme of the European Union emerged successful and are expected to commence their education in various countries of the EU member states in September 2017.

However during the pre-departure orientation event organized to acquaint them with expectations concerning the programmes and their countries of study, it was discovered that only three out of the 16 students have successfully procured their visas while the fate of the remaining hangs in the balance with the deadline for resumption drawing nearer.

Young, in intervening collected personal details of the affected awardees with a view of prevailing on the host countries of the Universities they are to continue their higher education to consider and expedite the process of granting the students visa.
According to Young, the Erasmus + Scholarship is one of the ways the EU is supporting the development of education in Nigeria.

He disclosed that while only 13 Nigerian students won the scholarship last year, 16 were successful this year, adding that the EU plans to increase the number subsequently so as to offer a larger percent of Nigerians study in the EU.

The Erasmus + programmes which is a joint Masterâ€™s degree programme of two years would see the students travel across several countries of the EU as part of their studies.

Minister Counsellor and Head of Politics, Press and Information Section, Pauline Torehall, who noted that the awardees are the very best and therefore merit the honor, urged them to make the very best of the opportunity.
She expressed confidence that after their training in the EU, they would return with experiences that would aid the development of Nigeria. 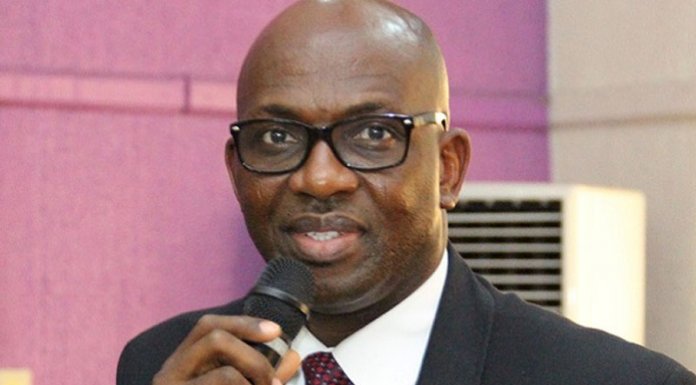