Efforts by the federal government to attract foreign investment may be yielding fruit given the figures from the latest Nigerian Capital Importation report of the National Bureau of Statistics (NBS), which shows tremendous improvement in capital imported into Nigeria. In fact, if for nothing else, the development might have signified improvement in investor confidence in the economy. According to NBS, the total value of capital importation in the second quarter of 2017 was estimated at $1.792 billion.Â Â The amount represented some $884.1 million increase over the level in the first quarter of the year and in percentage terms, showed a growth of 95.02 per cent.

This, analysts pointed out, might be a sign of good things to come and an indication of early recovery from the quagmire the economy had been enmeshed for several months. Specifically, the development signaled that Nigeria would be out of recession before the end of the year.

When compared with the year-on-year data, the figures show an increase of 43.6per cent from the $1.042 billion recorded in the Q2 of 2016. Also, a month-on-month analysis ofÂ Â the capital importation in the second quarter revealed thatÂ Â at $616.5 million, the month of May recorded the highest amount of capital importation, followed by June with $612.6million and May with $563.3 million.

Further analysis showed that the capital importation comprised three types, namely FDI, portfolio investment and other investments with each comprising various sub-categories. According to NBS, portfolio investment was the largest component of imported capital in the second quarter, accounting for $770.5 million or 43 per cent of the total, followed by other investments, which accounted for $747.5 million or 41.7 per cent, and then FDI, which accounted for $274.4 or 15.3 per cent during the quarter.

Describing the improvement as a welcome development, some of the analysts were, however, not pleased that the portfolio investors were theÂ Â major contributors to the growth in the capital imported into the country. They believed the growth could have been more tangible and impactful if the capital came as FDIs.

Executive Director, BGL Capital Ltd, Femi Ademola, noted that, â€œThe increase in capital importation into Nigeria over the second quarter of 2017 compared to the first quarter and the corresponding period of 2016 is a very good sign that we might have exited the economic recession and now in the early recovery period.â€Â

â€œThe consistent decline in inflation for about 6 months now (although significantly due to the base effect) is also a sign of good turn for the economy. We have also been experiencing a stable exchange rate over the past months arguably due to the improved oil production and the higher and stable oil price. Yield on fixed income instruments are slightly moderating and stock prices are experiencing strongÂ Â upticks.

â€œDiscerning portfolio investors therefore saw opportunities in early investments so as to partake in the early economic upswing that is expected to follow the economic recovery. Strategic investors too saw the stable exchange rate as a sign of a probable long term economic stability; hence the increase in foreign direct investments,â€ he added

Ademola believed that, â€œWith these developments, it is likely that the country will be officially out of recession at the beginning of the fourth quarter with strong possibility of attracting further capital investments.â€ This, he explained, was due to the lower capacity for imported goods and the need to substitute them for locally made goods. â€œThis will attract some foreign investors to locate their production bases in Nigeria so as to benefit from the large market here. We would be able to more than double the capital importation for the first half of the year if these happen.â€

He, however, pointed out that there was the need to support the situation with attractive fiscal policies to encourage these investments.Â Â Likewise, Director, Union Capital Ltd, Egie Akpata, believed theÂ Â

NBS data clearly showed improved investor confidence in some parts of the economy.Â

Akpata, however, cautioned that, â€œUntil we start to see very significant long term foreign investment coming in as FDI, we cannot conclude that investor confidence has returned.â€

â€œThere could easily be a slowdown in FPI in Q4 as foreign portfolio managers rebalance their portfolios and realise significant gains made in the Nigerian equity market earlier in the year.â€

noted that, â€œWe are still validating the data. Preliminary figures point to the preponderance of portfolio investment. In my opinion, three factors are at play here: Valuation, Nigerian equities are significantly undervalued relative to earnings; Reduced volatility in the forex markets;Â Â The CBN window introduced earlier this year.â€

However, CEO, Global Analytics Consulting, Tope Fasua, has cautioned againstÂ Â the danger of being confused by statistics. â€œNasseem Nicholas Taleb advised us in his aptly titled book not to be Fooled By Randomness. That is the danger in getting confused with statistics,â€ he said.Â

To him, nothing has happened lately, especially, during the period under review to restore investor confidence.Â

According to him, â€œEconomic indicators are not yet buoyant and we are still ploughing the depths of recession.Â Â If foreign portfolio investors have moved in with huge sums we should also be wary because they are very smart operators. The initiative to convert maturing TBills into dollar backed bonds has not kicked off so perhaps we are looking at a cycle of rebalancing of portfolios and nothing more. We should not start jubilating else we may be Fooled By Randomness.â€ 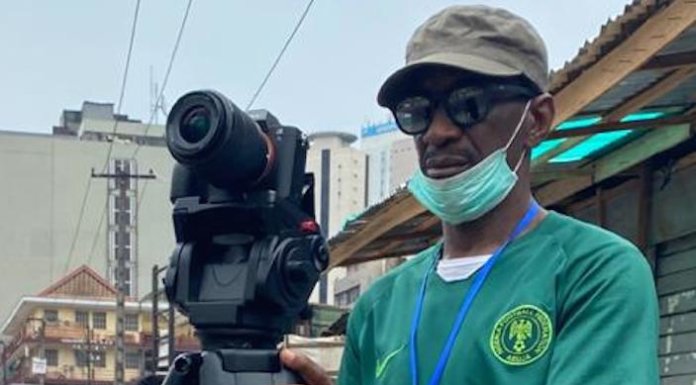