For the first time since he returned to Abuja from his medicals in the United Kingdom, President Muhammadu Buhari yesterday in Abuja humorously commented on the protest staged against his stay in London by some Nigerians in that country, saying â€œIndeed, I have come back home.â€Â

Buhari who spoke while hosting the governors of the 36 states of the federation in the State House said: â€œSome groups in London came and sang the national anthem and asked that I should go back home. Indeed, I have come back home. I hope those who went there (United Kingdom) are not stuck there; that they will come back and join us.Â

“Those that are stuck there with the Brexit, I hope they have weighed the implications that it won’t affect them including those that have properties there. Those who are not paying tax here, I hope when they sell their properties there, they will bring some of the money here. We need it very badly here.â€

One notable figure absent at the governorsâ€™ meeting with Buhari yesterday was Ekiti State Governor, Ayodele Fayose, a staunch critic of the President and his party, the APC. He also failed to send a representative. It would have been a sight to behold, especially if he had exchanged pleasantries with the President whom he claimed was on life support machine during his medicals in London.

In his reaction to THISDAY enquiry as to why he was absent, Fayose pointedly stated “My position remains sacrosanct. I can’t be part of a make believe. IÂ Â have said it unequivocally that President Buhari is sick and tired. He doesn’t have to be President when his health can no longer carry him. He has become a shield for some cabal that has continuously taken away the right of Nigerians. A leader of an authoritarian government without focus, who only wants power for vendetta. I am not a sycophant. Why and what will be my business in the Villa to further encourage a make believe?” He queried.Â

The President also used the opportunity of his meeting with the governors to shower praises on Vice-President Yemi Osinbajo, saying he deployed the opportunities of his age and intellect to effectively govern the country while he was away.

He said the commitment of the vice-president was commendable.

Buhari said he was so impressed by Osinbajoâ€™s performance while watching him on the television and was compelled to invite him to personally thank him for his services.

â€œI was seeing him 24 hours on NTA. I congratulated him and I allowed him to come and see me to thank him personally for what he has done.â€Â

He also said his morale was boosted by the love shown to him by Nigerians irrespective of their religious and ethnic backgrounds.Â

“I’m very happy with the national prayers. It was very well covered and reported. Across religions and ethnicity, people were praying. I thank you very much. My morale was raised greatly by the love shown to me and the security of the country,” Buhari said.

The President thanked the visiting governors whom he said pleased him by their performances.

He said: “I heard so much information about the states. I am very pleased with the states. You are all doing your best and you are lucky, your best is proving to be good enough on agriculture and solid minerals. You are succeeding in agriculture because I think people cannot afford foreign food.

The President said further stated that the current depreciation in the value of the Naira was not the design of his government and would take sometime to correct it, adding that the situation could not be changed overnight.

“The valuation of the Naira is not our making. It may not favour us but it will take some time; it is something we cannot change. Some people were asking me if we should be more strict on the bordersâ€¦ but I want to thank God, last year and this year are better than what it used to be.Â

Whereas an informed source had disclosedÂ on WednesdayÂ that the governors planned to use the opportunity of the visit to appeal to the president to grant approval for the release of the last tranche of London-Paris Club fund, a key figure in the Nigeria Governors’ Forum (NGF), told THISDAY yesterday that there was no time to discuss such matter.

The meeting lasted for only about 25 minutes.

Also yesterday, President Buhari hosted members of the executive committees of the ruling All Progressives Congress (APC) and the opposition Peoples Democratic Party (PDP) in the State House, who came to welcome him after 103 days of medical vacation in London.

In his address, the President said opposition in a democracy did not imply enmity, hostility or antagonism but rather a vibrant and responsible platform.

According to him, the visit of both party leaders simultaneously was an expression of the unity of Nigeria, adding that the situation also showed that the nation’s democracy was maturing.

Buhari, who further said he was glad to see the leaders, asked them to convey his gratitude to citizens in their respective states who prayed for his recovery as he enjoined them to keep praying for the prosperity of the country.

“I thank you sincerely, collectively and individually for finding time from your busy schedules to come all the way to Abuja and welcome me back home. This visit signifies the unity of Nigeria. It is not a party occasion. It is not a political gathering. It is a symbol of our national unity. It is also an expression of the maturity of our democracy.

“Multi-party democracy is a very tried and tested form of government. Opposition does not mean hostility, enmity or antagonism. Democracy needs opposition, one which is vibrant but responsible.

“I am very pleased to see you assembled here all shades of opinion in Nigeria. Please convey to our countrymen and women in your respective states my deep gratitude to all those who prayed for my recovery. I am imploring all Nigerians to continue praying for peace and prosperity in Nigeria,” he said.

In his remark, National Caretaker Chairman of the PDP, Ahmed Makarfi, said despite being in opposition, members of the PDP did not fail to pray for the recovery of the president when he was on medical vacation because they knew that the nation’s health was also connected to that of the president.

Makarfi who said opposition was not synonymous with madness, added that the party would play its own opposition role “energetically, vibrantly, but very decently and with all sense of responsibility,” assuring that this would be done “by giving you a good run for your money and constantly keeping you on your toes as we all strive to make this country better.”

Pledging the party’s cooperation with the President, Makarfi who said PDP lawmakers were already cooperating with their APC counterparts in the National Assembly as well as in the National Economic Council (NEC), said they would continue to cooperate with his government in any programme sincerely designed for the progress of the nation.

He tasked the president to build institutions with the capacity to sustain the progress of the country by guaranteeing the independence of notable institutions in the country, so that they can operate freely without interference and consequently making them credible. 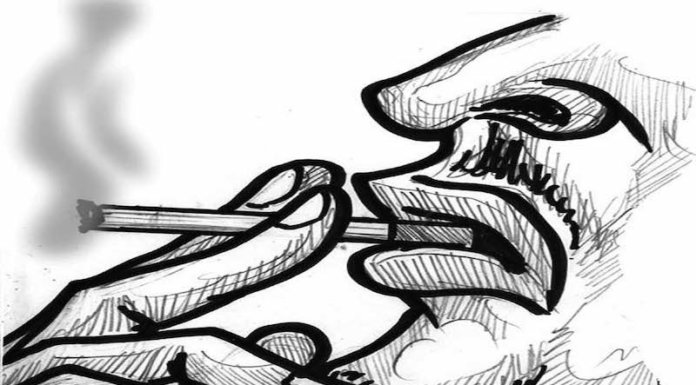