The federal government has directed the National Broadcasting Commission (NBC) to sanction any radio or television station that broadcasts hate speech.

The Minister of Information and Culture, Alhaji Lai Mohammed, issued the directive in Abuja Thursday at the annual lecture series of the NBC and the 25th anniversary of the commission.

The minister said that the directive was part of efforts to stem the growing tide of hate speech in the country.

â€œAs a matter of fact, the challenges facing the NBC have never become more daunting, considering the increasing propensity of some radio and television stations across the country to turn over their platforms to the purveyors of hate speech.

â€œIt is the responsibility of the NBC to put these broadcast stations in check before they set the country on fire.
â€œAs the NBC celebrates what is a milestone in its existence, I urge the commission to redouble its efforts in discharging its mandate.

â€œThe NBC must ensure strict adherence to the broadcasting code, and errant stations must be sanctioned accordingly to serve as a deterrent.

â€œThe nation looks up to the NBC to restore sanity to the broadcast industry. The commission cannot afford to do any less at this critical time. It cannot afford to fail the nation,â€ he said.

He recalled that the Rwandan genocide of 1994, in which at least 800,000 people were killed in 100 days, was fuelled by inflammatory comments by a radio station â€“ Radio Television Livres des Milles Collines (RTLMC).

He charged the NBC not to allow the purveyors of hate speech to lead Nigeria on the path of destruction.

â€œIf you tune into many radio stations, for example, you will be shocked by the things being said, the careless incitement to violence and the level of insensitivity to the multi-religious, multi-ethnic nature of our country.

â€œUnfortunately, even some of the hosts of such radio programmes do little or nothing to stop such incitements.
â€œOftentimes, they are willing collaborators of hate speech campaigners. This must not be allowed to continue because it is detrimental to the unity and well-being of our country,â€ he cautioned.

He said that in spite of efforts of hate campaigners, the Buhari administration had achieved so much despite operating with only 45 per cent of the funds available to the immediate past administration, arising from the fall in oil prices and the failure to save for the rainy day.

Referring to Venezuela, Mohammed said the South American country, which produces more oil than Nigeria and despite having about one-sixth of the Nigerian population, is today embroiled in the worst economic crisis in its history, with the attendant shortages of food, medicine and hyper-inflation because of the downturn in oil prices.

He said the Buhari administration had brought transparency to governance through the Treasury Single Account (TSA), modified tax system, improved food yields in the agriculture sector in excess of what obtained a year ago, and spending of N1.3 trillion on capital projects in the 2016 budget, the highest in the countryâ€™s history.

â€œToday, fuel queues are gone with the phantom fuel subsidies. Also, thanks to the resuscitation of 11 of the countryâ€™s moribund fertilizer blending plants, fertilizer is now available to farmers nationwide.

â€œIn fact, 6 million bags of fertilizer have been delivered at 30 per cent below the market price, 50,000 jobs created and the N50 billion saved with the termination of fertilizer subsidies, all because of the revival of those blending plants. Six more are expected to come on stream soon.

â€œThe government is not done: despite the paucity of funds, the federal governmentâ€™s Social Investment Programmes are being implemented. The N-Power Volunteers Corps created 200,000 jobs in the first batch and 300,000 more will follow shortly; the Homegrown School Feeding is spreading from state to state, providing nutritious food for school children and employing thousands of cooks; the Conditional Cash Transfer (CCT) initiative is providing N5,000 monthly to one million vulnerable and poorest Nigerians; while the micro-credit scheme will provide over a million Nigerians with small loans at very low rates through the Bank of Industry,â€ Mohammed said.

He said figures recently released by the National Bureau of Statistics (NBS) had revealed a growth of 95 per cent in capital importation in the second quarter of 2017 over the first quarter, adding that this represented a year-on-year increase of 43.6 per cent over the Q2 figure in 2016.

Speaking earlier, the Director General of NBC, Ishaq Modibbo-Kawu, said the commission was committed to carrying out its statutory mandate of regulating the broadcast industry.

He said the commission would also ensure that the digital switch over in TV broadcasting is achieved to create a national digital economy.

He added that the commission had finished work on the review of the Nigeria Broadcasting Code.

According to him, the code had incorporated three new innovations, comprising the protection of creative jobs in the economy, new regulations on advertising spend for the development of the Nigerian sports industry, and sanctions against hate and dangerous speech.

The pioneer director general of the commission, Chief Tom Adaba, expressed satisfaction that the commission, which came into being 25 years ago with no guiding template, had become a reference point in broadcasting regulation in Africa. 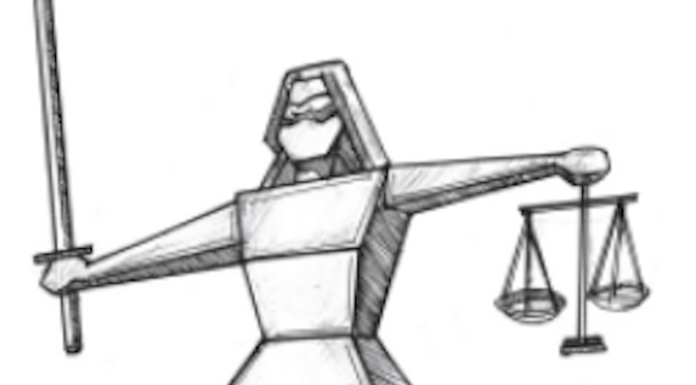