Katsina State Governor and former Speaker of the House of Representatives, Hon. Aminu Bello Masari thursday joined proponents of restructuring, calling for devolution of powers to the states.

Masari spoke yesterday as a guest lecturer to participants of Course 10, Institute of Security Studies, Bwari, Abuja, stating that time has come to reduce items in the exclusive list of the constitution.

Masari who presented a paper with the theme â€˜Executive-Legislature Relations and the Challenges of Democratic Consolidation and Development in Katsina Stateâ€™ contended that the present economic crises and prevailing circumstances has now made devolution of powers to the states imminent.

The governor said: â€œWell, way back since 1999 to 1995 during the constitutional conference organised by late Gen Sani Abacha, you know there was a committee on devolution and we made beautiful contributions as delegates for Katsina State that time.

â€œAnd we strongly believe that devolution is necessary because there are some areas which the federal government has monopolised, which I think is not right, that didnâ€™t promote for balanced federation.â€

Masari held that there was need to dwell more on devolution of power to the states, as opposed to resorting to restructuring, given that restructuring has a tendency to create confusion.

He said: â€œWe are making our position very clear from the northern governorâ€™s forum. We believe in devolution. I donâ€™t know about restructuring but I know about devolution.

â€œGive me reasons why the federal government should be constructing boreholes. Borehole is the responsibility of the local government not even the state.

â€œThe way our constitution came about was unlike the United States, where the states came together and surrendered to the centre, but the military railroad us to a presidential system, that created bogus federal government,â€ Masari stated.

â€œIn terms of relationship I am advocating that local government should be independent because I believe with that we can remove the joint account system.

â€œThe principle in terms of the relationship between the executive and legislature is the same but incorporation is different,â€ Masari submitted. 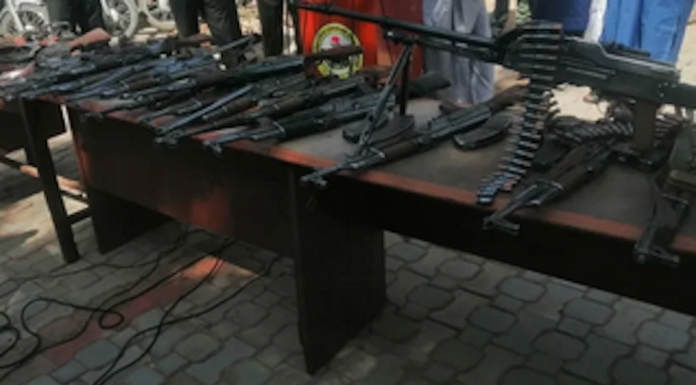