My brother forget your proposed declaration for presidency comeÂ 1st October. We have a more serious issue of national importance and urgency that needs your quick attention. You see, I attended Command Secondary School in Ipaja, one of the greatest schools in this country and the elections for the Presidency is coming up this December. As a bona fide member of the association who has not failed to pay his dues ( I only missed last year when I was on exile) and who have attended only one alumni meeting in the last 30 years I threw in my hat. My Lord come and see the kind of resistance to my candidacy o.

The way they are pushing back is beginning to look like the way Nigerians will resist you too should you seriously embark on this your campaign. Hence, the need for us to join hands. I have embarked on a series of consultations assuring them that this is not Lagos APC and as such I will not accept any kind of imposition, I have tried to reach Banire who is busy fighting his own matter but the paddy no gree take my call. I have assured them that I am perfectly healthy and have even offered to send my medical certificate and even challenged the school team to a game of scrabble to test my fitness. My presidency will not involve any medical vacation and I have even offered not to probe the incumbent administration which does not reflect national spread. So you see my issue, despite all this, I am still sensing that the presidency still remains elusive. Your Excellency, you need to support me. We are 10,000 members and if we win, I will galvanise support from our members towards your presidential campaign. If you insist on the presidency, at least you can be sure of the block vote that should throw you up.

I really do not understand why these people do not want me but prefer to go for reluctant leaders, people who although have better pedigree but are not prepared for the task. Me, right from my school days, I always knew I would be president of the alumni and everything I did during those days was aimed at capturing this dream. I was the first to be flogged at the assembly grounds, this was strategically aimed at boosting my popularity amongst the girls. I was a good public orator. You should see me toasting the young girls, giving them reasons to come with me. I introduced Volley ball to the school and taught the female teachers how to dance the rhumba dance. I was the football coach and an inspiration to all those who had disciplinary problems. I introduced the eating of fried eggs on Sundays in school which at that time was a luxury and showed all the boys how to fly their shirt collars while putting comb in their back pockets. Your Excellency, despite all and great love for the school which has seen me discuss the possible affiliation of the school with the Charly Boy school of #our mumu don do which teaches the United Nations approved tactics of fainting as a veritable tool of effective non-violent protest, these people have failed to support my Presidency.

So I have come to you as a last resort. My reason for coming to you is so you teach me the doctrine of stomach infrastructure so that I can see if we can use it to sway the vote. Should I go ahead to distribute 10,000 loaves of bread or do I go to the next meeting on Okada and share Akara? I have even worn jeans and T-shirt to present my speech and have sworn that the incumbent president, Mr. Olumide Lala has incurable rashes on his bum bum. All to no avail. Frustration is catching me o. My brother please come to my aid, we have to conquer these people o. If I try civilian tactics he no work, I go cross to the other side o . aaaaaaah am I appealing to the right person, shouldnâ€™t I be talking to the Jagaban himself? Abeg, where is this keke Marwa we have to head up to the Lion of Bourdilon?

President Buhari: It is the Slippers
Nigerians are known for their style. I tell you as the pictures of the President in London with his communications people emerged, na the leather slippers I dey look o. The blue slippers were elegant and e be like say baba himself know because if you look at the picture very well you will see the way he pose shooting out his leg so that the sippers will show . This our daddy like to pose o. From the angle I was looking at, the thing looked like those half shoes that are usually very comfortable and which you wear with traditional wear to get the sophisticated laid-back look. So let me cover my shame and officially request for the slippers as my own share of the national cake, my daddy as you prepare for your return, kindly package the pair of shoes, it is blue in colour with black soles, you wore it in the picture that was placed on the front page of THISDAYÂ on MondayÂ Augustâ€¦ cannot remember the date but Lai Muhammed was standing behind you and Femi Adeshina was also in the picture. I am giving your Excellency all this information just in case you have plenty and will not remember the exact one I am talking about.

As you are considering my request, because I know you may not want to release it because they say you can be stingy small remember that I have been standing with you since o. I have yabbed Charly Boy who is going around all the markets asking you to resign. I have worked with Kogi people to attempt a recall of Melaye abi you hear am talk again? I have presented a paper at the United States War College on why you should be given another term should you desire and I will be eating lunch with OBJ in Ota where your 2019 fate will be discussed and if you give me this pair of slippers before that meeting, you can be sure where I will stand. I have supported all your policies even your principled stance on Magu, ask him I swear. I know you must be planning to gift Osinbajo as reward for his immense loyalty but mine should be better rewarded because Osinbajo no get choice but to remain loyal unlike me, the Duke of Shomolu who is opened to varied alternatives. So, please just give the thing to Femi Adeshina. My best friend retired Superintendent of Police, Segun Ogunleye, knows him very well. He once sent a text to him greeting him and Femi replied. So, let me get those slippers to ensure continuous peace and national cohesion. Thank you sir.

Olori Wuraola: It is Well
This very beautiful Olori has been in the news all week. But before I comment on the so-called news, let me first comment on her beauty. This Olori is very beautiful o. If you have not seen her before, please take the next bus to Ife to see her o. There is a bus tour of Osun State organised by one private operator for N31,000 that has been advertised to take you to Osun where you will visit all the wonderful sights that Osun can offer. They say they will take you to the famous Osun groove, the waterfalls, Aregbesolaâ€™s office and lastly, the Ooniâ€™s palace. Me I have gone to pay and register for the trip for the simple reason that it will give me the opportunity to see this wonderfully made Olori. Na look I just want look and if possible take picture. Her cousin who is my good friend, Jennifer, knows a lot about this my admiration; she is truly regal and born to be a queen.

Well, back to the matter, just as I was about to place a call to the highly revered and great ruler of not only the Ife people but all Yoruba and by extension my paramount ruler (remember I am Duke of Shomolu, so I can trace my ancestors to the market near the palace in Ife; true, there are some Ibibio people there selling Afang) -Â  to advise him to be patient in handling the alleged wahala with his Queen. I stumbled on a statement from the palace decrying the rumours and stating his undying love for the Queen. You see, in these times of fake news we no longer know what to believe again but whatever the case is,Â  Kabiyesi, some of us really do admire you and will continue to pray for your long reign. We are saying that we look forward to a stable marriage for you as an inspiration for us and will really be crestfallen if anything were to happen between you and Olori. God will bless your union not only with peace but with fruit of the womb. We here in shomolu are rooting for you guys. In fact, this Friday we are carrying out some sacrifices in Shomolu for your continuous good health and long life. Kindly send us just two tubers of yam and one keg of palm oil, you can sendÂ  Oloriâ€™s younger sister, the one not yet married to convey the goods. I am sure you know the one I am talking about – the light one with eyes like the almonds from Persia. Yes, that chubby one that has skin glowing like the oil of alabaster. Oya kabiyesi ma shere kere o. kabiyesiiiiiiiiiiÂ  oooooo!

Charly Boy (MAN) â€œ:Â  Think o !!!!!!!!!!!!
Charly!!!! Charly !!!!!!! Charly!!!!!! How many times did I call you? Pull your ear and go back to your lipstick and cosmetics o. Shebi you are fainting now, donâ€™t let it go beyond that o. Your protest in Wuse market possibly igniting ethnic unrests especially at a time like this when the nation is battling ethnic-related strife. Charlyyyyyyyy, Charlyyyyyyyyy go home o. I don talk my own o. 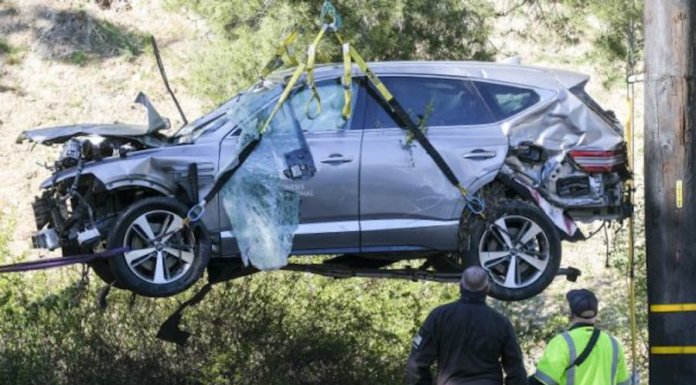 Banditry, Lawlessness and the Failure of Law Reform in Nigeria