The Federal Government has disclosed that about 104 snakes of different species, gecko, lizards, millipedes, centipedes, spiders and hairy frogs impounded by officers and men of the Nigeria customs services were meant for Luxemburg as their final destination.

The animals which were smuggled into Nigeria from Cameroon, in three professionally packaged wooden boxes, were intercepted on July 24, this year at the Nigeria Inland Waterways (NIWA) jetty Calabar, by the Nigeria Customs Service, and handed over to the Nigerian Agricultural Quarantine Service (NAQS), which also reported to the Federal Ministry of Environment.

Initial report had indicated that the impounded animals were bound for Lagos, Nigeria, but the Minister of Environment, Alhaji Ibrahim Usman Jibril, on Friday in Calabar, where his ministry handed over the species to the University of Uyo (Uniuyo), for keeps, disclosed that from the inscription on the boxes, it was clear that the animals were being smuggled through Nigeria to Luxemburg in Europe.

Speaking with journalists after the boxes were opened and examined, under the guide of experts in forestry and wildlife, from various government agencies, and the university, the Jubril said the ministry officials were in Calabar having received reports that some unscrupulous elements smuggled some reptiles into the country.

Jubril said if not for the vigilance of the Nigerian Customs Service men the smugglers would have succeeded.

â€œThese are wild lives that are normally bounded by SATIS Regulation. They knew certainly that they would not be able to get SATIS Permits, either in Cameroon or Nigeria.

So, when we got the report, we had to come to see things for ourselves. We can see that there are three boxes, and they were targeted to be exported to Luxemburg. It was a profession job; the way they pack the species,â€ Jubril said.

The minister said the species have been handed over to the University of Uyo, and that it was the hope of the ministry of environment that very soon the full report concerning the smuggled animals will be made available to Nigerians.

He stated that a lot was being done to ensure that Nigeria did not become a transit route for illicit trade in exotic species.

â€œThe federal government is already doing something. It has done something. If it has not done anything, the customs wouldnâ€™t have arrested them. So, the fact that they were arrested, and they did not go through means that something serious is happening,â€ he said.

The minister gave commendation to men of the Nigeria Customs Service for apprehending the smuggled animals, saying it was a positive report for the country because this time around it was not the negative report that most people like talking about Nigeria.

â€œMost of the time people talk about the negative. So, we have to commend them for a job well done, and we will certainly ask their Controller General to make his commendation for his men for being dedicated, and being able to catch these things,â€ he said.

Responding to a question as to what use the animals would be put by the University of Uyo, Jubril said, â€œ They can be used for research, and they can also be released to the wild , but they will take care of them because it is an academic institution, and students would have to use them as specimen to learn.â€™â€™

In stating that such illicit trade in exotic species was prohibited, Jubril told those who are engaging in such acts to stop because it was unprofitable at the long run.

He said they should stop and â€œrealise that crime does not pay, and will never pay.â€

â€œIf you have a little success, it is temporary, and at the end of the day you will be exposed, and you will be handed over to the law enforcement agencies. So, crime does not pay anybody. So, whatever you think you have done to succeed is temporary. It cannot be sustained. So, it is better you donâ€™t even start it,â€ the minister stated.

Commenting on the issue an officer of The Chief Executive Officer of Biodiversity Preservation Centre (BPC) and lecturer in the department of forestry and natural environmental management, University of Uyo, Dr. Edem Eniang, who received the animals on behalf of the institution, said from the species list, it was most likely they were smuggled for commercial purpose.

â€œIf these snakes arrived at their destinations, they would probably, because from the list I have here, they are all poisonous snakes. if they got to their destinations it is most likely they would have been used them to raise a serpentarium; a snake farm, so to say , where these snakes are groomed , and people milk them for their venom which is a very valuable material, so to say. The venom of these poisons snakes are costlier than gold in the markets because they use the for making medicines such as anti-depressants, medicines for strokes, and also tackling high blood pressure, a lot of these. Most importantly, they use them to produce anti- venoms because the medicine for curing snake bites, is the venom of snakes that are multiplied and preserved. So they are very very valuable because our species of snakes, the poisonous snakes of this region, for instance the green mamba, is the best venom in the market in terms of curing strokes, high blood pressure, and depression. They are very very valuable , and probably that is what informed those people to collect them and send them to where the technology is available for extracting venoms safely , and being able to store them,â€ Eniang, a specialist in snakes , and wildlife management expert, said.

Commenting on what the university would do with the snakes, and other animals, Eniang said: â€œWe will rehabilitate the snakes, the life ones; we will groom them, feed them, and then be able to move them when they are maturingâ€.

He said from the manifest, they were about 600 animals that were in the three boxes.

â€œWe have seen the spiders, a number of them are there, we have seen the live millipedes, under the tractor; we may find more, we are suspecting that the chase cloths that we see inside the boxes, that are still white; it means that the individuals inside are still alive. Those that are stained brown; they must have died and decayed. That is why the chase cloths are stained. So, having opened it now, we know where they were heading to, most people were thinking it would be Asia. If it was Asia, they would have thought as being used for food, but they werenâ€™t going to Asia, they were going to Luxemburg in Europe. And then the address is a company that deals with exotics,â€ Eniang said

Nigeria Agricultural Quarantine Service, Sunday Ukut, who was at the federal ministry of agriculture, Calabar, to hand over the animals to the minister, said there were about 15 different species of snakes, spiders, centipedes, and gecko lizards in the three boxes. 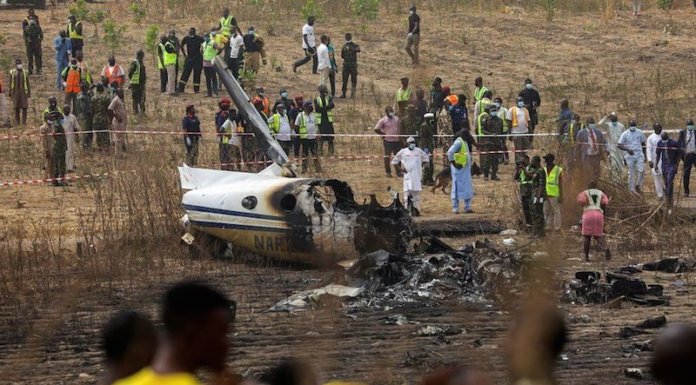