Former Chairman of the Economic and Financial Crimes Commission (EFCC), Mallam Nuhu Ribadu, has disclosed that the problem or difficulty in bringing corrupt people to justice is because many Nigerians donâ€™t know that the corrupt can do whatever it takes to escape justice. He advised the judiciary to team up with the commission in the ongoing war against corruption in the country.

In an exclusive interview with THISDAY in Abuja yesterday, Ribadu urged the judiciary not to be a willing tool in the hands of the corrupt persons, saying the EFCC must have done a lot of works before taking its cases to court, contrary to insinuations that the commission does not carry out proper investigation before charging their suspects to court.

He said cases are taking to court after a thorough work must have been put in, adding that the judiciary is in a better position to tell the public why the EFCC loses many cases or why their cases are thrown out.

According to him, â€œThe problem or difficulty we are facing in Nigeria today in fighting corruption, bringing people to justice; we must understand what is going on. People do whatever it takes to escape justice.
â€˜â€™If only you know what the law enforcement agency goes through, the prosecutors and what they overcome before taking a case to court, and when it gets to court it is off the hands of the prosecutor but in the hands of one Judge or many who will sit down and determine the case.â€™â€™

The former EFCC boss asked members of the public to direct their questions to the judiciary as to why the executive would work so much as represented by the EFCC; does its own part and build up a case and gets its case dismissed by the court.

He added, â€œNo one knows what the EFCC goes through to bring up a case in courts; it is not a small job. They prepare it and go through the process; go to court and lawyers will argue; prosecutors will follow the case day in, day out and at the end of the day, the judge or the judiciary will throw out the case.
â€œIt is not true, at least when I was there, and now, I believe nobody will go to court unless you are prepared and you know that your own case will stand the test of time. No prosecutor will take a case which is empty. In law both sides donâ€™t win; ultimately one side must win.â€

He argued that as someone who had been involved in prosecution since 1980s, the corrupt who are facing criminal charges would do whatever it takes to escape justice, not to minding the cost.
He advised the law enforcement agencies and prosecutors not compromise or be tempted in any way to stop their work.
He further argued: â€œOn the side of the prosecutors, they should refuse to be compromised, tempted or in any way want to stop their work. They take the case to court and I can assure you that those facing criminal trial will do anything on earth to ensure that they escape justice.

â€œSo, it is a big problem; unless you think deep and understand what is going on and if you do so, you will salute law enforcement agents and you will salute the prosecutors for even bringing a case to court because it is not a small feat.

â€˜â€™All my life, I have done that; I have prosecuted cases; I did it in the 1980s, 90s and up to 2000, and I know what is going on. It is the most thankless job you can ever think of doing. It is a job you do with passion, honesty and fear of God hoping that you will get results but the results are not in your own hands.

â€œYou do your part; you will not collect money; you will go through intimidation, harassment, they will paint you as a bad person; yet you still stand and continue with that case but the worst thing that can happen to you is when the case is ultimately thrown out.â€ 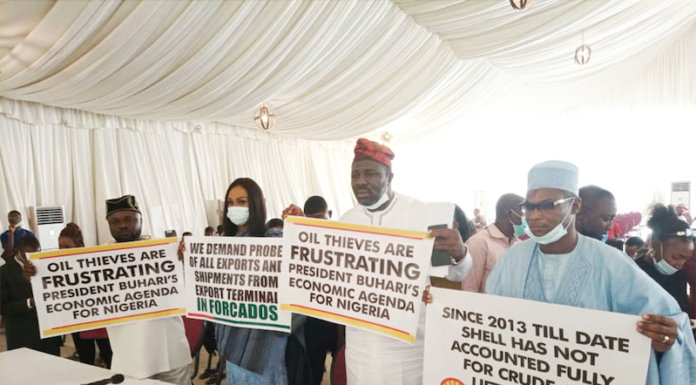