At the close of call for submission of entries, the organisers of the Lakecity Film Festival (LACIFF) have come up with a list of 38 films that will screen at the three-day event in Oguta, Imo State from August 21 to 23. The theme for this yearâ€™s edition is â€˜Tourism is the voice of unificationâ€™.

Making the announcement in a statement, Mazi Ekine Stronghold, the chief executive of Nollyflames Studios Ltd., and founder of LACIFF said the festival focuses on films with themes around arts, culture, tourism and history.

â€œLike last year, the festival received films that celebrate indigenous film irrespective of genre from all over the globe,â€ he stated.

He said further that the opening film this year will be â€˜The Pride and Glory of Nigeriaâ€™, while the closing film is â€˜The Encounterâ€™. Both films are from Nigeria.

Three films from the United States of America made the list, two came from Italy, while Norway, Iran, Uganda, Germany, Ukraine, Kenya, Iraq, Colombia, Tanzania, Sweden, Ethiopia, United Kingdom, Ghana and Japan have one film each. Nigeria completes the list with 19 films.

“We will also be recognising movies that advocate, reform, educate while entertaining the public in different aspect that include arts, history, tourism and environment will be honoured at the Gala night,” the movie festival’s CEO added.

The second edition of the festival resident in the beautiful town of Oguta popularly known for its beautiful lake and tourism potentials will hold against the backdrop of the annual Omerife festival.

Stronghold is a content creator, writer and entertainment consultant with a passion for building credible relationships whose synergy can create innovative ideas that better the society and add value to the individuals themselves. Currently the national Public Relations Officer (PRO) of SWGN, he has written scripts for several movies and sitcoms and is one of the writers on the popular sitcom The Johnsons.

He has had a robust working experience with several media firms as programâ€™s manager, web content manager and operations executive. He is married to Nneka and they live in the south-eastern part of Nigeria with their two children. 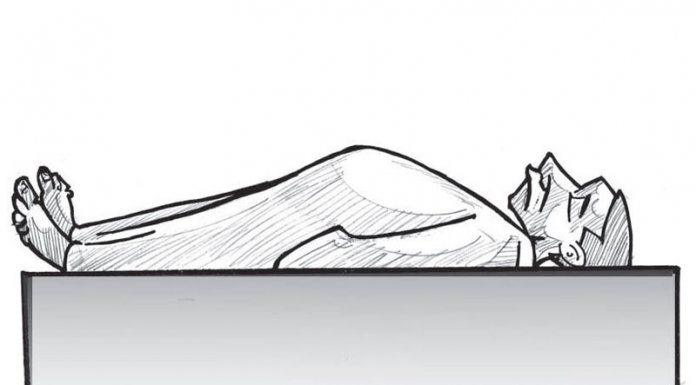 ROBBING THE DEAD OF DIGNITY