Mr. Ayodele Musibau Kusamotu, a legal practitioner, is the Chairman and Principal Counsel at Kusamotu & Kusamotu Law firm in Lagos and Abuja. He spoke with Jonathan Eze on the fight against corruption and was of the view that the presidency must be more transparent in this task. Excerpts:

The fight against corruption is one of the focal points of this government. Would you say the fight has been a success?

Well, in fairness, it has brought the issue to the consciousness of Nigerians. In relation to where we were coming from, we are in a better place. At least, everybody now knows that if you steal from government, there could be a comeback, prosecution, and punishment. It is not easy to fight corruption and this government has been the first with all sorts of innovative techniques to fish out ill-gotten wealth including the dreaded whistleblowers and even the raid on Judges.

The Executive should also handle allegations of corruption with transparency when it involves its own members. There is a need for the law enforcement agencies and prosecution to be thoroughly trained and meticulous in their investigations. When government said it would not publish the names of the alleged looters, the war on corruption started taking a downhill journey. A non-governmental body just obtained a court order under the Freedom of Information Act to publish the names. Let us see if government will obey this order.

There are cases of distressing situations especially in the financial sector and other private and corporate establishments that had resulted in their takeovers. Do you see a need to reform the nationâ€™s insolvency laws?
Government should reform our insolvency laws. There is now a desperate need for this as you can see from the ongoing distress in the economy, which has taken down two telecommunication companies â€“ NTEL and Etisalat. The problem is that the regulatory authorities seem to be acting arbitrarily and it sends shivers down the spine of prospective investors. For instance, NCC is saying that Skye Bank cannot take over NTEL but then the funds that have been lent to NTEL are depositorsâ€™ funds. Likewise, the Central Bank of Nigeria recently appointed one of its own to the reconstituted Board of Etisalat or 9mobile as it were. Again, I cannot see the justification for this.

Recently, the acting president signed executive orders to improve the ease of doing business in Nigeria. As someone in the private sector, what is your take on this?

Essentially, these orders are designed to improve the way government business and operations are conducted in the country. These orders can only be described as superlative. This is what I expect from the brilliant Professor of Law. I, however, think that the Executive Orders surrounding VAIDS should be amended. I would advise that government should borrow from the principle behind former President Jonathanâ€™s amnesty programme in the Niger Delta. There should be a robust dialogue with business owners in Nigeria and then the right policy can be crafted.

The executive orders giving specific instructions on a number of policy issues affecting the promotion of transparency and efficiency in the business environment designed to facilitate the ease of doing business in the country, timely submission of annual budgetary estimates by all statutory and non-statutory agencies, including companies owned by the federal government and support for local contents in public procurement by the federal government are indeed essential orders that will impact on the economy.

What is your assessment of the President Muhammadu Buhari administration in the last two years?
The election of President Muhammadu Buhari was heralded with the promise of change and high expectations from Nigerians who had been governed by the PDP for about 16 years. The current administration has however been plagued with inflation; fall in oil prices, fall of the naira and a harsh economic recession. It is reported that the level of inflation currently stands at 17.24% as against 9.5% at the time the government came into power. However, the government seems committed to economic diversification through the promotion of locally manufactured goods in order to ensure economic recovery and development.

Unemployment also seems to be at an all-time high under the current administration as there has been mass sack in the banking sector and other sectors of the economy. The N-Power initiative, a tool of youth empowerment and employment was developed by the current administration; however, its impact is yet to be felt in the country. The educational, health and power sectors are very much the same, with no noticeable improvements. It should be noted that the health of the President has also generated a lot of controversy.
Though the government has been fighting corruption, the bickering between the Executive and Legislature as well as the insistence of the Presidency on retaining the head of the most important anti-corruption agency, EFCC when its most sensitive spy agency, DSS had indicted him needs to be examined in the context of leading by example. The government has also been applauded for its effort in curbing terrorism and restoring some level of security in the country as some of the Chibok girls have been returned and the activities of Boko Haram /bombings have drastically reduced. Unfortunately, the military has not been able to hold recaptured territory.

In all, so much more is expected from the current government as a lot of its campaign promises have been unfulfilled. The most explosive issue now is about the restructuring of Nigeria. So far the APC has done nothing to assess and look at the loud clamour for the restructuring of the country. Only recently, former Military President Ibrahim Babangida also confessed that the country needs to be restructured. He made this call against the back drop of hatred and conflict going on in the various parts of the country.
However, Mallam El Rufai, the Governor of Kaduna State, rather than address the issue at hand in his press briefing chose to attack the individuals calling for restructuring of the country. In the light of these issues, I do not think that the people in government are really in touch with what is going on now in Nigeria.

Two years after, Nigerians seem disappointed. Recently conducted Twitter poll revealed that 54% of the voters rated the Buhari administrationâ€™s performance as poor. Also, on 29 May 2017, BusinessDay published the results of another survey, conducted by the respected NOI Polls. According to the NOI Polls, only 47% of Nigerians scored the government well on security, 45% on corruption, 23% on infrastructure, 19% on education, 14% on the economy, 13% on job creation and 9% on poverty alleviation.

The government has been criticised for its record of disobeying court orders. Are you also worried about this trend?
Compliance and obedience to orders of court is incidental and a component of the doctrine of rule of law and any well-developed democracy or any nation that professes democracy as a system of government must obey court rulings. The orders of court are sacred and should be duly respected by all.
Nigeria, over the years has failed in this basic democratic component. The federal government under the current administration has flouted court orders. It would appear that the President is still much influenced by his military background and does not pay much attention to the rule of law. However, Nigeria was ranked at 96 out of 113 countries in 2016 for compliance with rule of law by the World Justice Project, rising eleven positions from the previous ranking in 2015. It is the job of the Attorney General of the Federation to advise the president.
However, the principle of rule of law basically states that the law is binding on everyone and no one is above the law. It is deeply embedded in and is the bedrock of any democratic system. Rule of law is the restriction of the arbitrary exercise of power by subordinating it to well-defined and established laws. The core of the concept of rule of law is established under the following: that the government and its officials and agents as well as individuals and private entities are accountable under the law. That the laws are clear, publicised, stable, and just and are applied evenly; and the protection of fundamental rights, including the security of persons and property and certain core human rights among others.

What will you say is responsible for the widespread perception of corruption among members of the judiciary?
I am a Nigerian before being a lawyer. I donâ€™t think it is just a perception. There is corruption in the judiciary and our legal profession. But it is not unexpected, because we are part and parcel of the society. We are not immune from the ills of the society. As you know in our society, our morals have gone down the drain. It is naive to think that the legal profession or judges hold a special place; we are all like the average Nigerian. I think it is a human occurrence, which can be curbed. We should do more self-introspection as a profession to tackle this issue.

The Chief Justice of Nigeria recently set up a committee to suggest some reforms for the judiciary. As a member of the profession, what areas do you wish to see changes and what suggestions would you give to the committee?
This is a welcome development, which has all the key actors in place that can carry out these reforms. These actors know where the clog in the wheel of change is. However, I think it should include members of the civil society. They should hold public hearings around the country and make their findings public. The National Judicial Policy, which bars petitioners to the National Judicial Council from publicising their petitions, should be rescinded. A key ingredient of justice is that it should be public. I donâ€™t see why such information should be kept secret. Really, the Judiciary and legal profession need a complete overhauling. We also need to invite outsiders, who can give us an assessment of the service delivery and how it can be improved. 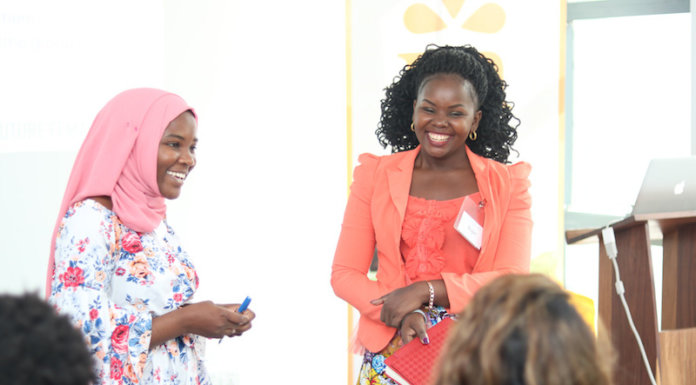