The President, in a nationally broadcast said he and his opponent were not enemies.

“We are all citizens of one republic,” he said. “As with any competition, there shall always be winners and there shall be losers. But we all belong to one great nation called Kenya.”

Kenyatta said he wanted to work with the opposition National Super Alliance (NASA).

“I extend a hand of partnership knowing full well that this country needs all of us pulling together in order for us to succeed,” he said.

The President told his countrymen there was no need for violence.

But the opposition rejected the results even before they were declared, calling the process a “charade”.

However, it has been endorsed by international observers. Mr. Kenyatta said they had ensured a “free, fair and credible election”.

Angry protests have started in the city of Kisumu – an opposition stronghold – and in various slums of the capital Nairobi, including Kibera, where businesses are said to have been attacked.

Police, who were deployed in anticipation of the results, have fired tear gas in several locations.

Fires have been lit by protesters on a road in the heart of Kisumu, a BBC reporter at the scene says. Gunshots have also been heard.

Earlier, Mr. Odinga’s supporters said he had won, and published their own figures. The electoral commission said this was “illegal and premature”, and said basic mathematical errors had been made.

Many observers fear a repeat of the violence after the disputed election 10 years ago, when more than 1,100 Kenyans died and 600,000 were displaced.

Mr. Kenyatta has urged peace. “We have seen the results of political violence. And I am certain that there is no single Kenyan who would wish for us to go back to this,” he said.

Ahead of the results, Mr. Odinga had called on his supporters to remain calm, but added that he did not control anyone, and that “people want to see justice”.

Raila Odinga has come up short again in what was his fourth and probably last attempt to become the president of Kenya. 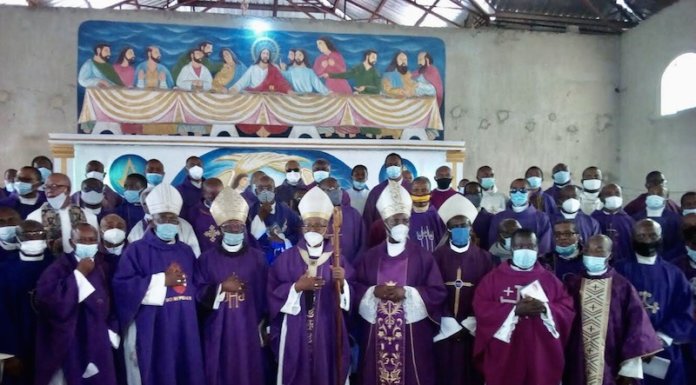