IÂ n the first part of this write-up last week I talked about the rather shocking report on CNN that, after London, Lagos was the city with the highest sale of Arsenal jerseys in the world. I had a huge problem with how people in a poor sub-Saharan African country hit by recession could still be draining billions from their economy, and pumping this money into the British economy, in the name of entertainment. In my calculations, after taking into consideration the TV rights for the English Premier League, for which we pay over N20b annually to DSTV, and adding the money spent on sponsorship, football tourism and the acquisition of merchandising items, we pay close to N50b annually for this toxic entertainment. Experienced sports journalist Lolade Adewuyi, writing in the Guardian on August 04, referenced research conclusions that claimed that Nigeriaâ€™s top 15 brands would spend $343m (N124b) on European football sponsorship and activations between 2016 and 2019. This figure makes mine look very conservative as it does not include what fans pay in TV subscriptions, sport tourism and the acquisition of merchandising items.

It is simply suicidal for any people to reason like this. My argument was that the money fans spent on sports entertainment comes from what the economist or marketing man would call disposable income: that sum available to the individual to invest, save or spend after paying their taxes. It is the money we spend on our rents, phone credit, food, school fees, cable television and data subscriptions etc. The more of your disposable income you spend in Nigeria and local businesses, the wealthier society is. The more of it you spend overseas, the poorer our local businesses â€“ many of whom entrench the EPL in our popular culture, and society, are.

With our major source of income in Nigeria still being oil, and the global oil industry in a bind, it follows that life has become tough for us. WE ARE IN A RECESSION and to get out of it, it is important that we as Nigerians drastically cut down what proportion of our disposable income we ship overseas so we can create wealth within. Suppose our big advertisers instead focus on sponsoring the Nigerian Professional Football League and other sports, and by so doing boost the quality of local sports, wonâ€™t society become richer and their businesses stronger?

Look people, it is no secret that the quality levels in our local sports desperately need lifting, but the panacea can never be to shun them and spend on foreign sports. In fact shouldnâ€™t the business brains managing our biggest brands be at the forefront of any movement to clean up local sports? Shouldnâ€™t they be the ones who best understand the consequences of our disposable income disappearing into economies overseas? Are their businesses not suffering today, are some not retrenching staff, halving salaries or not paying at all, are some not shutting down?

If we wonâ€™t raise ourselves who would? It has been a South African company Supersport spending billions on Nigerian sports while our own businesses have been too sexy for their shoes. What is it that global business leaders like Mark Zuckerberg, Google CEO Sundar Pichai, Bill Gates, GEâ€™s Jeff Immelt are seeing in us that makes them want a piece of what we have, that our business leaders are blind to.

We are the most populous nation in Africa, we are rich in mineral resources, we have great topography, we have talents, we are fine sports people; we have everything but the mindset to see how our individual actions mess up the whole. Given our many strengths, if we get our sports right, rather than money leaving our shores, foreign investments would come in. Global sports giants like Adidas, Nike, Puma would sponsor our teams and sports directly rather than pay millions of pounds to the likes of Arsenal, Manchester United and Chelsea to cover the Nigerian audience.

Also, one of the biggest strengths of sports is that it spikes commerce within a country. If we get sports right, people will travel in different directions across the country weekly to compete, boosting business for airlines, hotels, local transportation, eateries, SMEs etc. A sane man, for instance, cannot dress up in Kano, tell his wife he is flying to Lagos on Medview Airlines to lodge at Eko Hotel because he wants to watch Real Madrid take on Barcelona on TV, but he would do this if he were a die-hard supporter of Kano Pillars and they had a massive game against MFM FC in the NPFL.

Imagine 50,000 people descending on the National Stadium to watch a big local game: the food and drinks they would consume, the merchandising items sold, the boost to transportation, the business for banks, etc. That is what business the failure in our sports industry costs us today and that is what they gain from us in Europe. Oil will soon be yesterdayâ€™s news and we need to grow new industries at home. This is not the time to continue pouring money overseas, this is the time for thinking business people to stand up and create value within or go the way of oil. 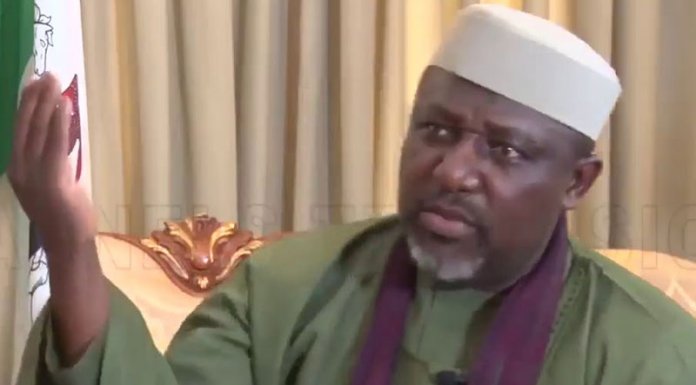 Billionaire Princess Folashade Odumosu Adds Another Feather to Her Cap