How did Presco Plc achieve an incredible 772 per cent increase in its Profit After Tax earnings within just a year? Solomon Elusoji writes

At its 24th Annual General Meeting (AGM) held in Benin, Edo State, recently, Presco Plc, the biggest player in Nigeria’s oil palm sector, announced a 772 per cent increase of its annual Profit After Tax earnings, after recording N21,735,465 billion in 2016 against the N2,493,535 billion profit it gained in 2015. The Chairman of the company, Mr. Pierre Vandebeeck, â€Žstated this while addressing the businessâ€™ shareholders. This remarkable jump was achieved despite the fact that Nigeria’s economy slipped into a recession in the second quarter of 2016, after the National Bureau of Statistics (NBS) announced a decline in Gross Domestic Product by -2.06 per cent (year-on-year) in real terms.

“For three years running there has been increasing challenges in the Nigerian business environment and the economy contracted in 2016 for the first time in two decades,” Vandebeeck said, adding: “In 2016, inflation rose to an 11-year high of 18.55 per cent in the last quarter of the year. There was no improvement in government revenue and monetary liquidity deteriorated. Forex availability worsened both in terms of scarcity and depreciation of the naira against major international currencies.”

Subsequently, the company’s Board of Directors proposed a dividend of N1.50 per share, which amounts to N1.500 billion to be paid to shareholders. This proposal was approved during the recent AGM.

One of the companyâ€™s shareholders, Mr. Peter Okoh, told THISDAY he was particularly excited about the biological assets evaluation which shot up Prescoâ€™s final earnings. â€œItâ€™s a fantastic result,â€ he said, â€œbesides, N1.50 kobo is one of the highest they have ever paid as dividend, so we are very happy as shareholders.â€

Presco’s strong year can be partly explained by the aggressive determination of the President Muhammadu Buhari-led administration to encourage locally-made products. In June 2015, the Central Bank of Nigeria (CBN), issued a directive that banned importers of some 41 items, which includes Crude Palm Oil (CPO), from access foreign exchange at the interbank market due to dollar scarcity. The rationale behind this ban, of course, was that domestic production of these items needed to be encouraged. Since then, importers of CPO have been forced to source their foreign exchange from alternative and more expensive channels, raising their costs and handing over competitive advantage to local producers like Presco, with CPO users, such as FMCG (Fast Moving Consumer Goods) companies, becoming addicted customers.

However, the company’s success can also be attributed to its aggressive plantation policy. Presco, which is a subsidiary of Siat s.a., a Belgian agro-industrial company, has three estates â€“ Obaretin (7,000ha) and Ologbo (11,000ha) both in Edo State, and Cowan (2,800ha) in Delta State. The three estates achieved production of fresh fruit bunches (FFB) 176,477 tonnes in 2015, about 14,000 more than the previous year, and 164, 513 tonnes in 2016. The company recently started operations in Sakponba with the development of a nursery and is actively looking for new land to work with. The Executive Governor of Edo State, Mr. Godwin Obaseki, has stated his administration is ready to give the company more land, after observing the business’s positive impact on its peoples.
In addition, the company is looking to acquire plantations that are badly managed in other states. These plantations will be either bought out or leased.

Also, the company continues to invest in machinery, most of which are automated. In 2015, it successfully installed a new tilting steriliser unit which helps to reduce both sterilising time and the use of steam.

In 2014, the company installed a biogas plant which, according to Presco’s management, saves the company $200,000 monthly since the project was completed. The thermopac, one of the machines used in the palm oil refinery process, previously utilised about 500-600 litres of kerosene daily but now runs 100 per cent with biogas.

The company is equally investing in research and development. It has over 600ha and 300 people dedicated to field research and trials. The trials relate to the agronomic aspects of oil palm such as fertilisation, soil and land preparation, planting density and the use of organic mill waste to maintain or enhance soil fertility and production. Research work is also underway for cloning of high yielding trees.

“We are committed to research and development,” Vandebeeck said at the 2017 AGM, “it is at the forefront of new planting material development and has been very successful in increasing the quantity of Fresh Fruit Bunches and Oil per hectare of plantation.
“We have collaborations with first class research organisations and national and international universities. Every year our research activities are increasing, bringing us to out ambition of establishing Presco as a Centre of Excellence for oil palm cultivation and research in the West Africa region.” The company spent N101.4 million on research and development in 2016. 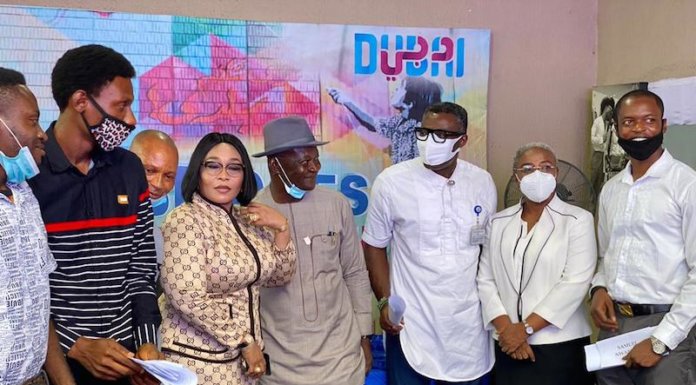