While some Nigerian women refuse to breastfeed their babies immediately after delivery, UNICEF says it is the first most important vaccine for newborns, as it is rich in antibodies, Martins Ifijeh writes

Nene Igweâ€™s last trimester during her first pregnancy came with a lot of advice from friends, in-laws and her mother. Many of which were unsolicited. It was a time for everyone to remind her of how experienced they are in pregnancy and child bearing. After all, since they â€˜successfullyâ€™ nursed their children out of infancy, they reasoned it wonâ€™t be out of place for her to tow the path they took during their own process.

While some of such advice were good for Nene, some went from the bizarre to the ridiculous. For instance, she was told to give certain concoctions to her baby few days after delivery, as that would strengthen the childâ€™s immune system. She was told the first food her child must take should be a certain type of formulae, because his or her sugar level needs to be boosted with it before breast milk is introduced.

She was told once she has diarrhea or fever, she should not bother to breastfeed her baby. They told her to have an alternative standby food with her just in case. Nene had small breast, hence her friends told her not to think of giving her baby exclusive breast milk because she will not produce much of it since her breast is very small. In their minds, the size of the breast determines how much breast milk can be produced.

She was told by her mother to encourage the nurses to give her child little water immediately after delivery since water is life. She was as well asked to include water to the babyâ€™s food. Also, her advisers were almost unanimous in telling her not to give the first milk from her breast (colostrum) to her baby, stating that it is usually dirty and unhealthy, and that it could contribute to a childâ€™s early death even before they leave the hospital.

Just as Nene couldnâ€™t stop the advice from coming, she unconsciously also couldnâ€™t stop absorbing some of them into her head. So immediately after delivery, some wrong information she had put in started playing out. First, she, her mother and even the health workers who took the delivery unanimously agreed that the childâ€™s first food has to be formulae, adding that the childâ€™s sugar level has to be â€˜boostedâ€™ by it; an approach they said would prepare the baby for breastfeeding.

About 30 minutes after delivery, her breast was heavy with colostrum. It was supposed to be a motherâ€™s first gift to her child, â€œbut I had to wash the thick and yellowish substance away. I had believed from the several advice that it is unhygienic, especially after seeing that it had the colour of pus. I couldnâ€™t come to terms with the idea of giving such to my child,â€ Nene said.

â€œI started breastfeeding just after washing the colostrum off. Though I practiced â€˜exclusiveâ€™ breastfeeding, I usually give water to the baby. I have heard on several occasions that water shouldnâ€™t be given with breastfeeding, but since everyone around me gave water along with breastfeeding and their children are all grown up and â€˜healthyâ€™, why shouldnâ€™t I give my child same, after all, nothing can ever be wrong with water. Water is life,â€ she confidently said.

Nene is not the only woman who has been stuffed with so much negative information about breastfeeding and child bearing in general. Millions of Nigerian mothers, according to statistics have done one form of disservice or the other to their little infants during weaning, which on the long run, turns into the make up of the childâ€™s life if he or she eventually survive infanthood.

No wonder this year, during the commemoration of breastfeeding week, the United Nations Childrenâ€™s Fund (UNICEF) repeatedly called on mothers and the society at large to do away with myths and misconceptions about breastfeeding and childbearing, and follow science proven approaches, which they say has helped reduce drastically infant mortality in countries where many of the myths and misconceptions have been downplayed.

For instance, a Nutrition Specialist with UNICEF, Mrs. Ada Ezeogu, during a Media Dialogue on Breastfeeding held in Ibadan last week, by UNICEF in partnership with the United Kingdom Department for International Development (DFID), said one of the biggest gifts a mother can give her baby is feeding her child with the very first produced milk after delivery.

According to her, the thick and yellowish substance is rich in antibodies and highly nutritious, adding that it would not only boost the childâ€™s immunity but would play a role in his or her health status and nutritional life afterwards.

She called on mothers to discard the myth that colostrum is not hygienic. â€œMost mothers are not aware of the importance of colostrum in the growth of their child. Colostrum is a major vaccine to an infant. It is the childâ€™s first vaccine and immunisation. It does not only protect the infant against allergy and infections, it serves as a purgative which helps to clear meconium.

â€œIt also aids the growth of a child. It helps intestine to mature and it reduces severity of infection,â€ she said.

On other myths and misconceptions, like giving water to the infant just after delivery or along with breastfeeding during the first six months of life, she said the breast milk already contains enough water, noting that any extra water given would take the space of breast milk in the childâ€™s stomach.
â€œThe greatest barrier to achieving exclusive breastfeeding in Nigeria is water. If water can be taken out of the way, exclusive breastfeeding will record a huge success in the country,â€ she added.

According to a consultant, International Board Certified Lactation, Anne Smith, every mother should realise that colostrum is the first food available for babies immediately after birth.

â€œIt contains lots of antibodies and helps protect the vulnerable newborn from infection by coating his or her intestines and protecting them from viruses and bacteria. It also has a laxative effect which helps the child to excrete meconium (the black tarry fetal stool he or she is born with).

â€œIt reduces the incidence of jaundice and contains growth factors that help prepare the childâ€™s digestive system for absorbing and digesting milk. It is very easy for the newborn baby to digest, and is exactly what the baby needs to eat during the first days after birth.â€

While stating that colostrum is an all important first meal for a newborn, she said the thick yellowish food is different from mature milk in other ways as well. â€œIt contains more salt and protein, and less sugar and fat than mature milk. It even looks different. It ranges in appearance from clear and watery to thick, yellowish and sticky.

â€œSome expectant mothers find that they leak colostrum during pregnancy, while others are able to express only a drop or two. The amount of colostrum produced prenatally has no relationship to the amount of milk the mother will produce later on. Colostrum is very concentrated, and the volume produced is very small. It is just enough for the baby at the beginning of life before normal breast milk is given,â€ she added.

â€œThe milk at this stage is referred to as the transitional milk, and it may look yellowish due to the colostrum content. The mature milk will contain lots of valuable antibodies and immune factors, but no more colostrum. Thatâ€™s one reason that early breastfeeding is so important.â€

She said If a mother starts nursing her baby for just shortly after birth, it means that the mother is giving her newborn a precious gift that wonâ€™t be available to him or her later on.

Neneâ€™s narrative shows that close relations and friends can be a big influence to how much care an infant can get just after delivery. The more everyone discourages the myths and misconceptions about colostrum and breastfeeding generally, the more infants in Nigeria get value for living. 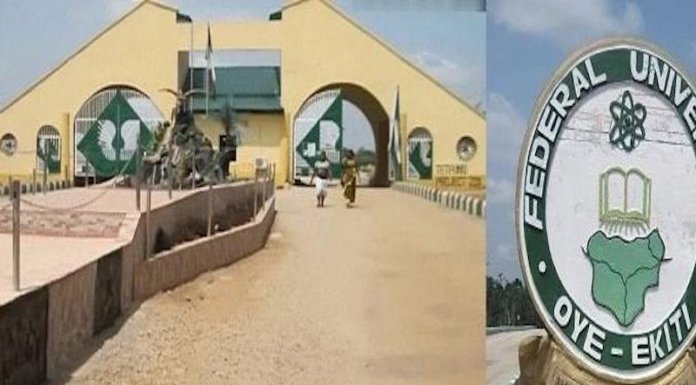