Maritime sector stakeholders and export groups have been advised to support the mandate of the Cargo Defence Fund (CDF), which is in place to protect trade investments through the instrumentality of the law and technical expertise.

Secretary of the fund, Okwudili Taiwo Daniels stated this in a paper presented to the export group of the Lagos Chamber of Commerce and Industry in Lagos.
Limited by guaranty, the CDF was established by the Nigerian Shippers Council (NSC) to assist importers and exporters in the pursuit of their legitimate claims.

Prior to the establishment of the fund, Daniels said the NSC noticed a very high rate of abandonment of legitimate claims by indigent Nigerian shippers who could not afford the cost of pursuing their legitimate claims either in the court of law or through arbitration as may be prescribed in the carriage contract.

He said: â€œTo provide a viable solution to this problem face by shippers at the time, the NSC established two similar service schemes and products, initially known as the Cargo Protection and Indemnity Fund and the Cargo Litigation Fund. These two were situated under the legal unit of the NSC at the time. The schemes were later merged and formalised into the present Cargo Defence Fund with a special unit created to form its secretariat.

â€œThe fund is a mutual scheme for importers and exporters in the sense that shippers contribute to the fund by the way of registration. The registration fee is paid into the fund and when a registered member runs into a problem, the mutually contributed fund is used to assist the member in solving the problem. The CDF is managed by a board of trustees headed by a chairman. Membership of the board is drown from the six geo-political zones of the country, with each zone having one representative.â€

Over the years, he said the CDF has had to re-examine the financial import-export policies and sought ways to protect the interest of Nigerian shippers.
This, he added, is done by ensuring successful repatriation of export proceeds and prevention of letter of credit fraud.

â€œWe also do so by promoting bankers duty of care to importers and exporters, ensure that Nigerians receive good value for their money and partner with NEXIM Bank, Department of Trade and Exchange, the Central Bank of Nigeria (CBN) and of recent, International Chambers of Commerce to ensure that INCOTERMS 2010 and U.C.P 600 are incorporated into terms of sale for Nigerian shippers,â€ he said.

On marine insurance, he said the CDF developed procedures to claim successfully from insurance companies who before this development would refuse to honour any claim due to one mistake or the other from claimants.
He added that the CDF, with the joint effort of the Nigerian Insurer Association (NIA) identified new risks faced by shippers and harmonised strategies to minimise risks faced by shippers.

He added: â€œOne other achievement of the fund is that over the years it has observed that some shippers do not even have the required information and they blame their brokers in most cases, some have request the CDF to arrange insurance scheme. The scheme is therefore, designed to help these situations that shippers continue in business after they have suffered losses.â€ 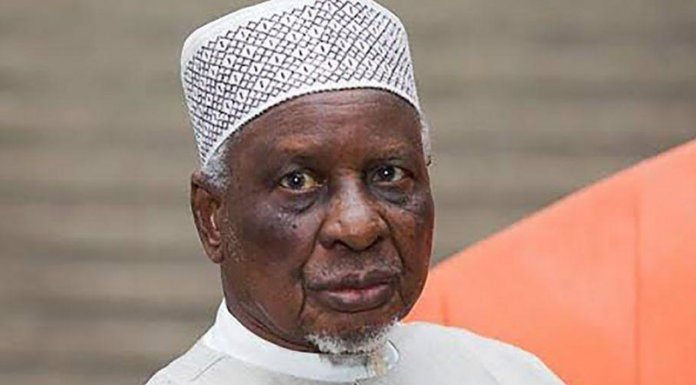