Maria Pilar Abel must be counting down the minutes to the day the DNA tests of surrealist artist Salvador DalÃ­ will be revealed. At last, her wish was granted after several attempts to substantiate her claims that she is the biological daughter of the late artist. The body of the eccentric artist was exhumed recently for a DNA test following a judgeâ€™s order last month.

Even in death, DalÃ­ who was admired for his creativity as well as eccentricity made major headline news. His beard, a trademark of his personality was found intact almost three decades after he died according to experts.
His embalmer NarcÃ­s Bardalet, who also helped in the exhumation process called the moustache which is carved like clock hands at 10 past 10 a miracle and believed that it could last for centuries.

Buried in a crypt beneath his museum in Catalonia, experts had to use an electric saw rather than a scalpel to collect bone samples because of the hardness of the artistâ€™s body. His hair and nails were also collected and will be compared with samples from Abel, who claims to be the result of a liaison her mother had with DalÃ­ in 1955.
Her quest was triggered by the woman she thought was her paternal grandmother who suggested to her that she was a progeny of a great painter.

For more than a decade, the 61 year-old has been seeking proof that DalÃ­ was her father. She said they both have a striking resemblance except for the enigmatic moustache.

Her first attempt to prove the paternity claim was in 2007 when skin and hair traces from DalÃ­â€™s death mask was used for a DNA test. The outcome was inconclusive. That same year, another attempt to find DNA was made using material supplied by the artistâ€™s friend and biographer Robert Descharnes. Abel claimed she never saw the daylight of the test.

If the DNA supports her claims, then Abel would be heir to a quarter of DalÃ­â€™s fortune which is bequeathed to the Gala-Salvador DalÃ­ Foundation. The foundation had unsuccessfully fought the exhumation. Ms Abel, a divorced mother of four who reportedly works as a tarot card reader for a Spanish television station, said she just wants the truth to be known and would love to bear the name of the man who supposedly gave life to her.
The famed Spanish artist died in 1989 with no heir to his wealth. 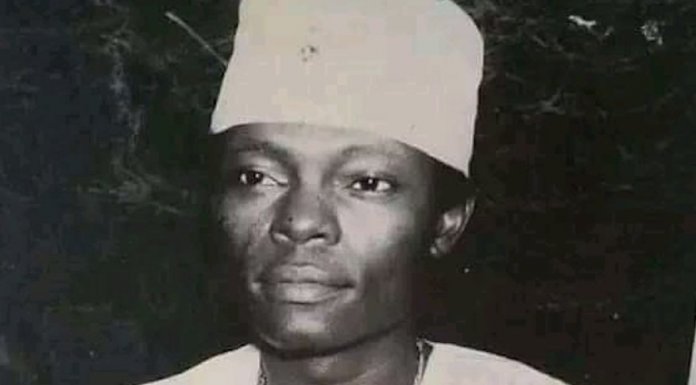 Adeboye: Only But Once…