Femi Ogbonnikan writes on the arrest of members of a notorious gang who have their various hideouts at Igando, Iba and LASU areas of Lagos

Nuru, as he is fondly referred, a notorious member of the Eiye Confraternity, had been on the wanted list of the Lagos State Police Command, for allegedly shooting a police Sergeant attached to the RRS in the right leg, about a month ago when the operatives of the squad wanted to effect the arrest of members of an armed robbery gang who attacked and robbed a dispatch rider attached to Samsung Nigeria Limited who was on an errand to deliver a handset to the person who ordered for it, at Igando.

With the aid of tracking devices, it was gathered, the mobile phone number of the notorious suspect was tracked, thus, culminating in his arrest. It would be recalled about a month ago, the quartet of Wilfred Ehis (a.k.a California), Kamilu Olanrewaju, Elohor and Emeka, were arrested by the RRS decoy team at their hideouts in Igando in connection with the attack on the Samsung Nigeria Limited dispatch rider, before their subsequent transfer to the operatives attached to the Federal Special Anti-Robbery Squad (FSARS) of the Lagos State Police Command, on the orders of the Commissioner of Police, Mr. Fatai Owoseni.

Following the manhunt for Nuru, the Okada rider, it was learnt, that the confessions of Sunday Hassan (a co-Okada rider) and another person who is a member of the ACCOMORAN in the Igando area aided the detectives in their investigation, thus, leading to the arrest of the suspect.

According to the 27-year-old suspect, he confessed to be working for Wilfred Ehis, popularly referred to as ‘Cali’, a notorious yahoo boy.

“Before I was engaged by “Cali” two years ago, Cali already had a guy that was working for him. His name is Sunday Hassan. He is also an Okada operator. Cali is a big yahoo boy. He has a large number of SIM cards and he

would place order to some of the online mobile sets dealers, like Jiji, Samsung, Konga, Jumia and a host of others. Cali would call us whenever he had placed an online order and get one of these dispatch riders who has agreed to come and deliver the handsets.

Ours is to ambush, beat to a pulp and dispossess the dispatch rider of the handsets at gunpoint,” said Nuru.

On how he got initiated into the Eiye Confraternity, “I am an okada operator. I am a father of two children. About two years ago, I was at our “tarmac” in Igando when one Saheed, a notorious Eiye Confraternity member walked up to me and five other co-riders. Saheed told us, that he and his friends were going to a new developing site within Igando,
for a new christening. That we would convey them there.

â€œWe embarked on the journey but when we got mid-way where it was bushy, Saheed commandeered us to stop at gunpoint. He pulled out a gun and ordered us to go through a bushy path. We obliged and went straight therein where we met some people there. Some who were waiting to be initiated were on one side, while on the other side, they were Saheed’s men, who were to initiate us. We were inside the bush for a night. We were beaten thoroughly and taught how to handle guns and in shooting.

â€œAt that point there, I was assigned the task of a hit man. I was given a locally made gun. But before I was given the gun, they threatened to kill me and my wife if I missed the targets. The following day, I was asked to go to a hideout belonging to members of a rival group, Black Axe Confraternity, to launch an attack on them. Two leaders of the rival group were marked down for elimination. We went as a squad in three motorcycles. I led the squad and I had information that they were at a joint, drinking beer and hot drinks. On getting there, I opened fire on them. It hit one of them whom I believed died instantly while another sustained bullet wounds. Within a jiffy, they all took to their heels while I disembarked from the motorcycle and I went to certify if truly the bullet really hit him and he had died. I didn’t waste time and I brought out a machete and inflicted several cuts on him in order to ensure he would not survive the attack. And that singular attack made me bold and I became hardened. People in the neighbourhood were fearful whenever they sight me. At another attack with the rival cult group I killed another person, thus, making two the number of persons I had killed so far. But others whom I inflicted either bullets or machete cuts are there.

“Initially, I owned two motorcycles. I gave out one to a friend for Okada operation and he was delivering to me on a weekly basis, while I operated the other bike, before I was involved in an accident with it. I had disposed that of, in scrap. I had built a house of mine. And when I was not realising much from the other Okada machine I gave it out, I took to the streets, collecting tolls from Okada operators. And nobody dared looked at my face or challenge my action
because I have become dreaded. I owned a gun. It was the armourer of our
group (Eiye) who sold it to me. The armourer is now on self-exile because his father wanted to kill him when he found out that his son is a member of Eiye Confraternity. He shot him in the leg and his son absconded to Ghana. His father is a member of the Oodua Peoples Congress (OPC) in Igando. Subsequently, I had given the gun to Saheed who is a son of a High Chief in Igando.

“Saheed too is a dreaded cultist who belongs to our group, Eiye Confraternity. With the gun, he once shot his elder brother during a hot argument,” confessed Nuru.

An inside police source hinted that “Cali”, who is a kingpin of the gang, mentioned Nuru, as the hit man whom he was using to carry out several attacks. He said out of the four attacks he had engaged Nuru, three were successful, while the fourth was unsuccessful.

“Cali is a big yahoo boy who would go online and place orders for powerful mobile sets from online dealers, like Samsung, Jiji, Konga, Jumia and others. He would order for mobile sets and to pay on delivery. Cali would introduce himself as a Barrister, with integrity, who was ready to do legitimate business with them. He would direct dispatch riders where to meet him at Igando, while he would have placed his boys on alert and where the delivery man would be coming. Once they sight him, they would waylay him at gun point, beat him and dispossess him of the mobile sets. Cali has a large number of Sim cards and he would destroy each when it was used to perpetrate the crime, in order to cover his tracks,” added the police source.

The last straw that broke the camel’s back, it was gathered, was the attack on the delivery man attached to the Samsung Nigeria Limited about a month ago.

The matter, it was said, was reported at the headquarters of Rapid Response Squad, Alausa Secretariat, Ikeja, following which the Commander of the Squad, ACP Olatunji Disu, swiftly deployed a decoy team to go after the assailants. Following a manhunt, it was said, the quartet of Wilfred Ehis (a.k.a Calis), Kamilu Olanrewaju, Elohor, Emeka were nabbed. In his confession to the police, Elohor denied his involvement in the attack and claimed to be a Chemical Engineering graduate of the University of Benin (UniBen), while Emeka also claimed to be a dropout from the North – American University, Republic of Benin, as a result of lack of funds to continue with his educational pursuit. But in the process, a member of the RRS operatives, a Sergeant, was shot in the leg by Nuru, while trying to evade arrest, and he narrowly escaped.

The attack on the RRS Sergeant, it was learnt, prodded the Commander
of the Squad, ACP Olatunji Disu, who directed his officers and men to go after and launch a massive manhunt for the assailant, Saheed.
Thus, the arrest of Sunday Hassan, it was said, led to the apprehension of the wanted suspect at a hideout in Igando.
The arrest of Nuru, it was said, had opened a can of worm. Saheed was
said to be singing like a canary and he had confessed the complicity of the trio earlier arrested.
According to another police source, Nuru had fingered Wilfred (a.k.a Cali), as the arrowhead of the gang which specialises in fraudulently placing orders online for mobile handsets and attacking dispatch riders who are often sent to deliver them.

On hisq own part, Nuru pointed at Elohor, to be a notorious number one Eiye cult member in Festac town.
“Even before I was engaged by Cali, one Pedro was initially working for him,” said the 27-year-old suspect.

However, the Lagos State Police Command Public Relations Officer, ASP Olarinde Famous-Cole, confirmed the arrests and said that Nurudeen Kazeem and others had been transferred to the operatives attached to the
Federal Special Anti-Robbeey Squad (FSARS) of the Lagos State Police
Command, for further probe into the matter. 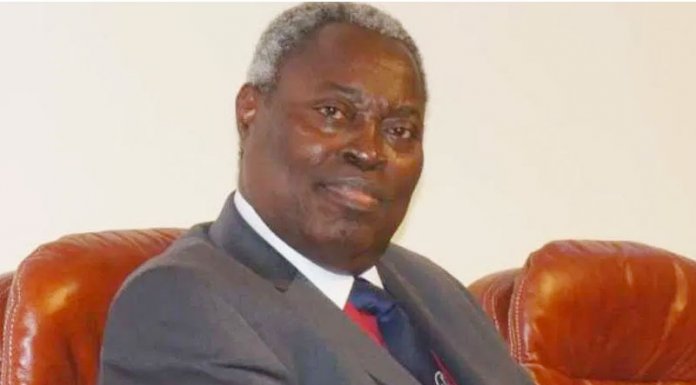