Before the swearing-in of Godwin Obaseki as governor of Edo State, most adjourning streets in Benin metropolis were in a state of disrepair as the immediate past government mostly concentrated its road infrastructure development on major roads that led in and out of the state capital and other major cities in the state.

Consequent upon this, those living within these adjourning streets were not having life easier, which in turn made it difficult for them to access the major roads.

However, with the massive reconstruction of these roads, “life is getting easier,” said Iyoyin Shekiri, a fabricator who has his workshop along Wire Road during a tour of rehabilitated roads within the capital city. Shekiri, who expressed joy over the development, noted that the Obaseki-led administration had started to follow the developmental footsteps of his predecessor, Comrade Adams Oshiomhole by making sure citizens and inhabitants have access to good and quality roads.

He said, “Wire Road has never had it good in terms of access to good roads until Governor Obaseki assumed office to redeem the people from the road that had suffered years of abandonment and had become a death trap.”

Shekiri is not alone in this expression of joy. Daniel Ohenhen, also a resident on Wire Road, thanked the governor for doing a good job, and appealed that more of these need to be replicated across the state.

The situation was not different at Nevis Street, one of the streets connecting Mission Road and Forestry Road as residents came out in their large numbers to applaud the governor on his determination to improve the socio-economic well-being of the people through massive road construction and rehabilitation across the state.

The case of Nevis Street is peculiar. It ranked among areas with very marshy terrain which had defied all rehabilitation works carried out until the innovation of using concrete pavement as a lasting remedy.

The Director of Construction in the state Ministry of Works, Mr. John Obanor, explained that from the total figure of 29 roads of over 50km earmarked for rehabilitation, 15 have been completed with either flexible pavement or rigid pavement.

For instance, he said the Ikpokpan Road in the Government Reservation Area (GRA), was done with rigid pavement with concrete to check areas susceptible to erosion. According to him, lkpokpan Road, which was about 60 to 70 metres of rigid pavement, was expected to stand the test of time for a minimum of 25 years.
Explaining the technique behind the construction, Obanor said: â€œWe have done quite well as regards reconstruction and rehabilitation of the roads. In fact, we are sure of completing all these roads before the rains set in proper.

Speaking further, the Director of Works said: “concrete pavement is like a new innovation we introduced recently here, of particular interest to you should be that of Nevis Street that was reconstructed with rigid pavement.

“We also provided side drains in some of the roads where necessary. These roads were not just in the GRA, but around Benin city.”

Nevertheless, Obanor said the roads were carefully chosen to ease traffic flow within the city and also provide alternative routes to motorists.

“You know some of these roads were completely bad that they became nightmare to motorists,” he said.

On his part, Ashif Juma, the Managing Director of AG-Dangote, the company contracted to refurbish the roads with concrete, said the construction was in compliance with Governor Obasekiâ€™s directive that the materials must be sourced locally

Continuing, he said that his company had proved that concrete roads could be built within a short period, and that it was durable and cheap. According to him, â€œconcrete has always made most sense in the long run. No other paving materials match concrete’s strength and durability in standing up to heavy usage and truck traffic. Concrete lasts longer without the need for resurfacing, patching or surface sealing. Concrete delivers structurally, financially and environmentally.”

The newly reconstructed Nevis Street, he noted, was the first road to be reconstructed in the state, using concrete technology to facilitate durability.

He pointed out that with the success recorded in the use of concrete technology, he would, in the next few weeks, award contracts for the construction and reconstruction of 45 roads across the state with raw materials sourced locally.

The governor also noted that the state did not need to depend on foreign exchange for road construction as all materials and human capital could be found locally, while urging youths in the state to register in the Edo Jobs Initiative to be gainfully employed.

He said, “I have come to change the face of politics in Nigeria. The construction of this Nevis Street within seven weeks showed that this government can make promises and fulfill them. This is a revolution in our road construction. We will design our roads, and we will train our youths on roads design and construction without waiting for foreign exchange. We have all the raw materials here.”

Against this backdrop, residents of affected areas have expressed delight and satisfaction over the reconstruction and rehabilitation of major roads in the city centre with some disclosing that they had heaved sighs of relief since the projects commenced. Meanwhile, those whose roads are still in a state of disrepair have equally called on government to remember them. 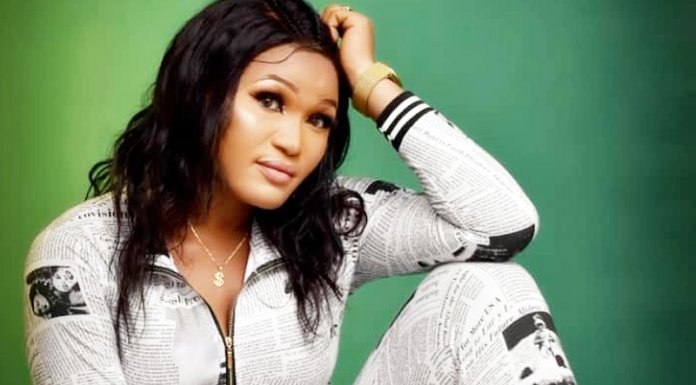