The federal government yesterday arraigned former Jigawa State Governor, Sule Lamido, his two sons and others before a Federal High Court in Abuja, on a fresh 43 count criminal charge bordering on corruption and money laundering.Â

The EFCC had in September 2015 instituted a 27 count charge including abuse of office and money laundering to the tune of N1.3 billion against Lamido and his co-accused, but however amended the charge to 43 on April 14, 2017.Â

When the new charge was read to them yesterday, the defendants entered a not guilty plea. Consequently, counsel to Lamido, Offiong Offiong (SAN), prayed the court to allow the defendants continue on the previous bail conditions granted them by Justices Gabriel Kolawale and Adeniyi Ademola.

But the prosecuting counsel, Chile Okoromma objected on the grounds that the charge against the defendants was new adding that what happened before the previous judges was “dead and in the past”.

Quadri,Â  also ordered that the sureties for Lamido must have landed property that is not encumberedÂ  and depose to an affidavit that they are willing to forfeit the property to the federal government should he breach his bail condition.Â

For the other defendants, the judge however ordered that their sureties must be civil servants in any ministry from grade level 15 and above who must present their tax clearance certificates for the last three years.Â

They must also have more years in service and produce a letter from the heads of their various ministries that they have no criminal record and have never been indicted before.Â

Other conditions of the bail include that the EFCC, which is the prosecuting agency, must verify the addresses of the sureties. Â

The judge further ordered that the defendants deposit their international passports with the registrar of the court and must not under any circumstance, travel out of the country without the permission of the court.Â

Justice Quadri held that in the circumstance the defendants fail to perfect their bail conditionsÂ within two monthsÂ from the day of arraignment, they would be remanded in prison custody until they perfect same.Â

Lamido and his co-accused had been arraigned before Justice Evelyn Anyadike of the Federal High Court, Kano State, on July 9, 2015 for allegedly misappropriating funds belonging to Jigawa.Â

The case was later transferred to the Federal High Court, Abuja, where Justice Gabriel Kolawole, a vacation judge, granted them bail, and adjourned the matter to September 22, 2015.Â

Following the acquittal of Ademola, Offiong prayed the court to transfer the matter back to Ademola on the grounds that 18 witnesses had already testified.Â

But Okoroma objected on the grounds that the lead counsel for Lamido,Â  Joe Agi (SAN) was tried alongside Ademola for corruption related offences.Â

Okoroma submitted that it would be wrong for Agi to defend a case before Ademola because the public perception would be that the judge was bias, which-ever-way the verdict went.Â

Earlier in his ruling yesterday, Justice Quadri held that to serve the interest of justice and public peace, he would not return the case to Justice Ademola, adding that there might be a misplaced impression of likely bias if the case is returned to Ademola.

The federal government had dragged Justice Ademola, his wife, Olubowale, and Lamido’s lead counsel, Joe Agi, before the High Court of the Federal Capital Territory on allegations of receiving gratification.

Â However, Justice Jude Okeke in his ruling on a no case submission by the defendants, held that the prosecution failed to establish a prima facie case against the defendants and consequently discharged and acquitted them of all the 18 counts charges preferred against them on April 5, 2017.

In arguing the application on transfer of Lamido’s trial back to Justice Ademola, Agi, had argued that since Ademola was back to his court after he was discharged and acquitted on corruption charges, he should continue with the case and that he (Quadri), who was assigned the case by the Chief Judge of the Federal High Court, during Ademola’s trial, should hands off. Â

He submitted that it would be extremely difficult for the defendants to be subjected to attend trial afresh when the prosecution, the EFCC, had already called 18 witnesses before Justice Ademola’s court.Â

The defendants had argued further that the Chief Judge failed to comply with the conditions precedent provided for in sections 98(1) to (4) of the Administration of Criminal Justice Act before transferring the case.Â

Opposing the application, EFCC’s counsel,Â  Okoroma had maintained that with the history of the trial which Justice Ademola and Agi jointly underwent, the Judge’s decision on the outcome of Lamido’s trial would definitely be viewed with biased mind. Â

Responding, Justice Quadri admitted that there was a lacuna in the provisions of section 98(1) to (4) of the Administration of Criminal Justice Act 2015, under which the Chief Judge exercised its powers to transfer the case from Justice Ademola to him (Justice Quadri).Â

Justice Quadri noted that the ACJA did not envisage a situation whereby a trial judge would be suspended on the grounds of undergoing a joint trial along with a defence lawyer in an ongoing criminal case before the judge and later recalled after being exonerated of the charges.

“Section 98 of ACJA is short of remedy to this case,” Justice Quadri ruledÂ

He however ruled that in order to allow the spring of justice to flow and to avoid any form of “misplaced impression of bias” it was better not to return the case to Justice Ademola.Â

The Judge however noted that the allegation of likelihood of bias should not be raised to “impugn the integrity” of Justice Ademola and Agi since both of them had been exonerated of the charges preferred against them.Â

The Judge also granted an accelerated hearing of the case assuring parties in the case that he would do his best to do justice and be fair to all with “utmost sense of responsibility”.Â

The suit has been adjourned tillÂ October 18 and 19Â for trial. 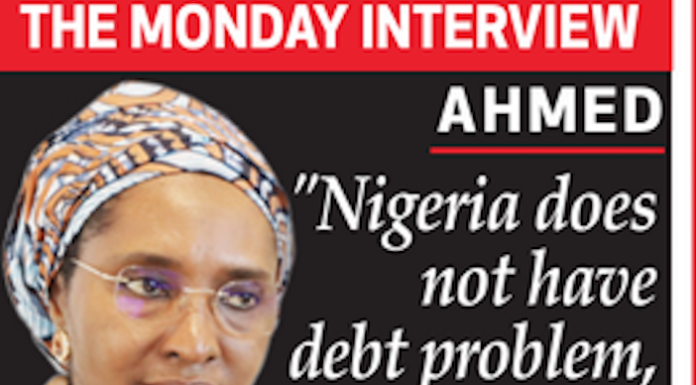