The Diabetes Association of Nigeria (DAN) has appealed to the federal and state governments to subsidise diabetes drugs and injections in order to enable teeming citizens living with the disease, especially the poor ones, to afford and take their medications regularly as a way of managing the illness.

Bauchi State Coordinator of the association, Dr. Bathnna Sule who is a visiting consultant on diabetes at the Abubakar Tafawa Balewa University Teaching Hospital (ATBUTH), Bauchi made the appeal recently during the DAN’s state monthly enlightenment lecture held at the hospital.

Sule, who revealed that diabetes drugs ‘are expensive’ requested that government should either put subsidy on them or include all diabetics in the National Health Insurance Scheme (NHIS0 where they would be paying only 10 per cent of their medical bills like their tuberculosis counterparts.

According to him, diabetes was categorised into four types (1, 2, 3 and 4) that affect children, adults, pregnant women and the one which is being caused by other diseases respectively pointing out that there was no better treatment for the disease than frequent taking of medication according to prescription and eating the right foods.

He recommended that diabetic patients should eat more vegetables, fruits in small quantities as well as shun all foods and drinks produced with sugar such as cakes, ice creams, soft drinks and other juices to avoid complication.

Also speaking, the DAN National President, Dr. Mohammed Alkali who doubles as the Chief Medical Director (CMD) of the Abubakar Tafwa Balewa University Teaching Hospital, Bauchi, lauded the state chapter for organising the monthly event asserting that it was educative.

He stated that the International Diabetes Federation (IDF) has admitted three of his members into its school of diabetes to undergo various online courses on diabetes education.

Aside from that, Alkali said plan was under way to assist 20-year-old and below type 1 diabetic patients across the nation with free insulin injections adding that the association would soon issue national identity cards to all registered members nationwide. 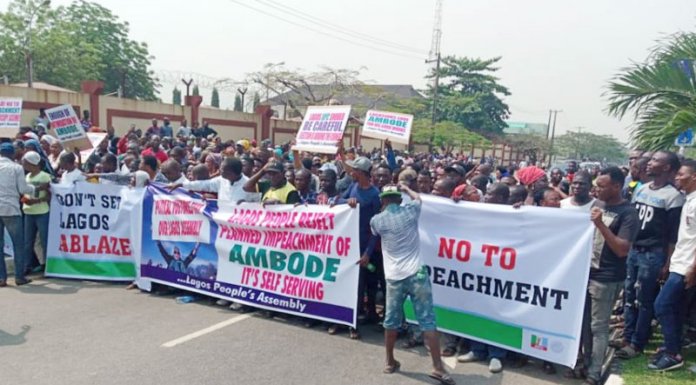