The Senate has called on the federal government to reconsider the report of the Stephen Oronsaye committee which recommended the merger and scrapping of some government agencies.

Senator Solomon Adeola Olamilekan disclosed this in an interview while giving insights to the investigation of the Senate into the misuse of Internally Generated Revenue (IGR) by agencies of government between 2012 and 2016.

He said Â part of the solution to the problem would include the merger of some government agencies so as to among other things, save the money being misused by some Managing Directors and Chief Executives.

In 2016, the Senate constituted a high-powered ad hoc committee to investigate the alleged misuse of IGR under the remittance/non remittance and other fraudulent practices by revenue generating agencies.

The 2016 decision of the Senate followed a motion sponsored by Olamilekan alleging a gross abuse of the Fiscal Responsibility Act of 2007.

Speaking in an interview published yesterday on the official twitter handle of the Nigerian Senate @NGRSenate, the senator, according to the News Agency of Nigeria (NAN), insisted that merger of agencies would save cost.

The interview was published by Bamikole Omishore, Special Assistant on New Media to the President of the Senate.

Olamilekan who is the Chairman of the Committee said that having about 600 agencies of government was just too much as payment of allowances and wages of the Managing Directors and Chief Executives was eating deeply into the pocket of the government.

â€œThe government of the day needs to do more in trying to curb and fight corruption within the civil service.

â€œAs it currently stands, the Federal Government of Nigeria has over 600 parastatals and agencies under it and I am one of the strong advocates that these parastatals need to be compressed.

â€œThe Stephen Oronsanye Panel report recommended about 110 parastatals in all for the federal government.

â€œBut what do we have: because of individual interest or trying to protect one region or the other, the government of the day has decided to leave it the way it is and it is not good for our nation,â€ he said.

The senator said that in the 2016 budget, it was proposed that N1.5 billion will be gotten from the over 600 agencies of government.

He, however, noted with dismay that according to the Finance Minister, only about N484 billion was realised leaving the government with a debt of N1.1 trillion.

â€œThe minister said Â there was an urgent need for the National Assembly to intervene in this regard and that was why I have to come up with that motion on IGR.

â€œWe are currently carrying out our investigation: it will be shocking to note that only six of these parastatals constitute 75 to 80 per cent of this IGR.

â€œThe question then is where is the money? Who and who are in the Central Bank of Nigeria, where have they kept this money?

â€œWe found out that the bulk of this money was spent on frivolous expenditures, on the salaries and wages of chief executives of all these agencies, frequent travelling abroad, huge amounts spent on medical services and many other things.

â€œThese are areas where these costs are built and indirectly siphoning the funds.

â€œThis is part of what we are trying to put a stop to because the Fiscal Responsibility Act (FRC) which empowers the federal government to mandate those agencies to pay certain portion of their profits to the consolidated revenue fund, is not being followed, it is being ignored to the latter.

â€œThis is the direction we are looking at to ensure that at the end of the exercise we will be able to advise the federal government, if there is need for us to amend the FRC, or that we recommend that some agencies pay back into the coffers of the government.

â€œI believe strongly that at the end of the exercise which is in no distant future, the Senate of the Federal Republic of Nigeria will be able to stand firm and tall and say this is the role we have played concerning these issues.

In 2012 the Stephen Oronsaye-led Presidential Committee on the Restructuring and Rationalisation of Government Parastatals, Commissions and Agencies recommended the reduction of government statutory agencies 161.

Out of a total of 541 statutory and non-statutory government agencies, the Oronsaye committee recommended the abolition of 38 agencies, merger of 52 and reversion of 14 to departments under existing ministries. 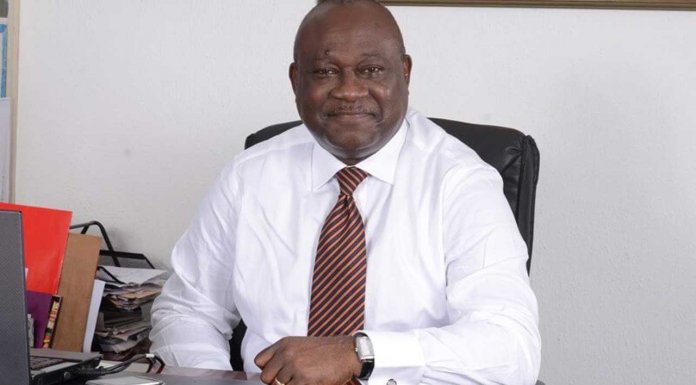