Since the last banking crisis in Nigeria, the financial market regulators have been working relentlessly not to lower their guard in view of the headwinds in both the local and global financial market.

To the regulators, close monitoring of financial institutions under their regulation as well as collaborative measures are needed to shield the industry from another crisis, return it to the path of sustainable growth, protect banks from delinquent borrowers as well as avoid the build-up of non-performing loans (NPLs) in the industry.

These concerns were elevated recently when banking sector non-performing loans rose to 11.7 per cent in 2016, up from 5.3 per cent the previous year.

In view of the current macro-economic challenges in the country, the Central Bank of Nigeria (CBN) had granted a one-off forbearance to banks to write-off their fully provided for NPLs without waiting for the mandatory one year.

The CBN stated that it acknowledged the request by banks to amend the requirements of S.3.21 (a) of the Prudential Guidelines, which mandates banks to retain in their records, fully provided for NPLs for a period of one year before they are written off.

â€œThe CBN has no intention of repealing the provision of the above mentioned section of the guidelines. In view of the current macro-economic challenges, however, the CBN hereby grant a one-off forbearance this year 2016 to banks, to write-off fully provided for NPLs without waiting for the mandatory one year,â€ it added.

Clearly, as a country that is heavily dependent on oil, prolonged decline in oil prices always has a knock-on effect on the banking industry. Adverse commodity price shocks, according to the International Monetary Fund (IMF), also contribute to financial fragility through various channels. Firstly, a decline in commodity prices in commodity-dependent countries results in reduced export income, which could adversely impact economic activity and agentsâ€™ (including governments) ability to meet their debt obligations, thereby potentially weakening banksâ€™ balance sheets. Secondly, a surge in bank withdrawals following a drop in commodity prices may significantly reduce banksâ€™ liquidity and potentially lead to a liquidity mismatch, the IMF stated.

Therefore, in order to continue to guarantee a safe and sound banking system, the CBN last week unveiled to members of the public, a draft document for licensing of Private Asset Management Companies (PAMCs) in the country.

The Asset Management Corporation of Nigeria (AMCON), which has been playing that role, was established on the 19th July 2010. It was created to be a key stabilising and re-vitalising tool aimed at reviving the financial system by efficiently resolving the non-performing loan assets of the banks in the Nigerian economy.

According to the CBN, the Private Asset Management Companies (PAMCs) are expected to play complementary role in the management of non-performing loans in the country.

The CBN, in the exposure draft for the licensing and regulation of PAMCs in Nigeria, signed by its Director, Financial Policy and Regulation, Mr. Kelvin Amugo, explained that developments in the Nigerian banking industry necessitated the initiative.

The draft framework stated that, â€œgiven the ever evolving developments in the industry, the decline in international commodity prices with its consequent impact on risk assets in the industry, it has become expedient to proactively widen the space for the management of NPLs through the establishment of PAMCs.

â€œThis is in line with the CBNâ€™s core mandate of promoting a sound and stable financial system in Nigeria.â€

The CBN described the PAMC as a privately owned institution licensed by the CBN as another financial institution (OFI) to acquire, manage, restructure and dispose of eligible assets of banks, OFIs and banks in liquidation.

According to the draft framework, the PAMC would perform the functions of AMCON, which included buying off assets of banks and other financial institutions and disposing them.

Also, they would be expected to provide consultancy and advisory services to banks and other financial institutions for the purpose of restructuring receivables and other assets including sale of such assets to third parties.

They would however not be allowed to operate as banks by taking deposits or granting loans neither would they be able to obtain credit from banks and other financial institutions in the county. To be licensed, a PAMC would need a N10 billion paid-up capital.

In terms of risk management, the framework requires that PAMCs develop an enterprise risk management framework, which will serve as a guide in the identification, measurement monitoring and control risk.

It added: â€œThe ERM framework should be approved by the board of directors and cover the different forms of risks to which a PAMC may be exposed. Such risks include liquidity, credit, operational market, legal and compliance risks.â€

The role of AMCON in the economy has since been reviewed by various bodies such as the International Monetary Fund (IMF), Standard and Poorâ€™s Ratings Agency, Fitch Ratings amongst others on several occasions. The mandate of the corporation was to help sanitise the banking industry. Prior to the creation of AMCON, various reports had indicated that the situation in the banking industry was extremely dangerous such that most people were afraid that the Nigerian financial industry would have completely collapsed. So, AMCON was established as a long-term solution to the perceived crises.

Indeed, the collaboration between AMCON and regulators in the banking industry succeeded in creating an environment where even the federal government and taxpayers did not bear the burden. Since its creation, the corporation has bought Eligible Bank Assets (EBAs) in three tranches in the Nigerian banking industry as well as provided financial accommodation to eight institutions.Â  The EBAs comprised of NPLs as well as systemically important loans in the Nigerian banking sector.

However, the story of the strategic health of banks in the country could not be complete without the all-important role that was played by AMCON, in cleaning up the sector. Clearly, the creation of AMCON to clean up the huge amount of toxic assets from banksâ€™ balance sheets in order to revive both corporate and consumer lending in the economy remains an integral part of the financial stability plan of the banking system.

The â€˜bad bankâ€™, created in the last quarter of 2010, has since completed its NPLs purchase mandate and that has continued to reflect in the positive results being churned out by the commercial banks.

Need for another â€˜Bad Bankâ€™

The Managing Director of NDIC, Alhaji Umaru Ibrahim, had disclosed that the corporation had been working closely with the CBN to set up another resolution mechanism for cleaning up banksâ€™ non-performing loans when the terminal life of AMCON expires. The sunset period for AMCON may be by 2023.

Ibrahim, who said a joint NDIC and CBN committee was established to work on the fresh initiative, added that the new institution(s) would pave the way for the gradual folding up of AMCON. According to the NDIC boss, the new â€˜bad bankâ€™ to be established would be purely driven by the private sector.

This, he said, became necessary as there had been complaints against using taxpayersâ€™ monies to bail out institutions.

â€œWe are studying the need to establish what you may call AMCON. Two; that is the second round of AMCON, which would be driven by the private sector. This is very important because we know what has happened. There are concerns about using taxpayersâ€™ money to bail out institutions.

â€œSo, it is in line of the global best practice that we go back to the drawing board because our initial concept of AMCON in the early 90s was that it was going to be a joint venture between the private and public sectorsâ€™ investors, so as to minimise the risk of using taxpayersâ€™ money to resolve the problem of buying and selling of bad loans.

â€œSo, we established a joint committee to look into this and we hope that in the long run, we should be able to establish a second AMCON that would be private sector driven.

â€œHere, other investors can invest in it and the CBN, NDIC or the Finance Ministry can invest, so that going forward, buying and selling of bad loans would be under the control of that entity. That would pave the way for the gradual transition or folding up of the present AMCON.â€ the NDIC boss explained.

However, the Director General of the West African Institute for Financial and Economic Management (WAIFEM), Prof. Akpan Ekpo, advised the NDIC and central bank that instead of establishing â€œAMCON 2,â€ they should allow the existing AMCON to metamorphose into the private sector-driven resolution vehicle.

â€œThey should amend the existing AMCON Act instead of spending resources to establish another institution. That would also amount to wasting taxpayersâ€™ resources. We have learnt a lot from this AMCON.

â€œBut what we need now is a private sector-driven AMCON that they said they are proposing, but this current AMCON should be allowed to be transformed into that. Also, if it is going to be private sector, let only those who have experience be appointed into the board and not by patronage,â€ the WAIFEM boss stated. 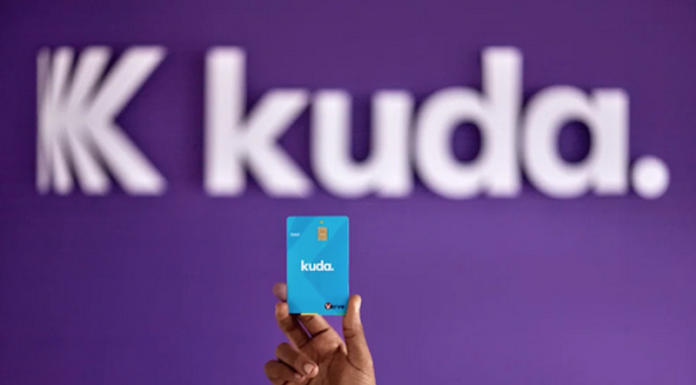