In line with Pope Francisâ€™ directives demanding letters of allegiance from all the priests from Ahiara Diocese before July 9, the priests said they have complied with the contents of the Popeâ€™s message, but the entire laity equally rejected Bishop Peter Okpalaeke from assuming office in the diocese.

Instead, the laity are demanding a bishop who has affinity or incardinated in the diocese without minding his ethnic background, noting that they would not accept Okpalaeke for the fact that he does not understand the culture, language of the people, claiming he was secretly imposed on the people of the diocese without following due process expected in the selection and appointment of catholic bishops.

Meanwhile, the Governor of Imo State, Chief Rochas Okorocha had personally led heads of security agencies in the state as well as his cabinet members and the Chairman of the State Council of Traditional Rulers, Eze Samuel Ohiri to the Maria Mater Ecclesiae Cathedral, Ahiara Mbaise to address the priests and the laity, where he had appealed for peace and calm while he studies the matter.
The appointment of Okpalaeke was however rejected by the Priests and Laity in the Ahiara Diocese, resulting in a stalemate that led to the shut-down of the Ahiara Cathedral and the Bishopâ€™s Court.

Yesterday, thousands of Catholic faithful from the 163 Parishes in the embattled Diocese, stormed the Cathedral to protest the failure of the Vatican to appoint another Bishop to replace Okpalaeke, whom they said can never be welcome in the Diocese.

However, there was a mild drama when the Church members who were dressed in black attires and traditional Catholic dresses, got to the gate to find it under lock and key with heavy presence of stern looking policemen, who were drafted to stop the planned procession.
But after several hours of consultations and phone calls by elders of the Church, the policemen were directed apparently by their superiors to open the Church gate for the protesters.

In their separate speeches while addressing the congregation after a peaceful Rosary procession at the cathedral by well over 10,000 laity members made up of Christian Fathers Organisation (CMO), Christian Women Organisation (CWO) and the youths, the President of the Laity Council, Ahiara Diocese, Chief Gerald Anyanwu said â€œboth the priests and laity of the diocese are not disobeying the Pope, but what they demand is justice and fair play.â€

He wondered why the selection of Okpalaeke was done without recourse to consider the three names listed by the former Bishop Victor Chikwe before he died five years ago as a possible replacement, insisting that Ahiara Mbaise diocese with over 750 priests of different congregations in the catholic church was qualified to have one of their own made a bishop of the diocese.

â€œWe are not disobeying the Pope. We observed that there was a mistake in the selection and appointment of Bishop Peter Okpalaeke, and our mission is to ensure that such mistake is corrected. Therefore, we are still appealing to the Pope to give us the bishop we deserveâ€ he stated.

â€œWe are not questioning the decision of the Pope but we will not accept Okpalaeke as Bishop. The process of his appointment did not follow laid down procedures for the appointment of Bishops. Our Priests have written the apology demanded by the Pope to show that we are not disregarding the Pope but nobody can impose a Bishop on the people that is not what the Christian faith is all aboutâ€, he asserted.

Another member of the Laity, Sir Sebastian Ekeanyanwu also insisted that the Diocese was not against the Pope, adding that, â€œwe are not disputing the authority of the Pope as the supreme head of the Catholic Church but we want to communicate our position to him as regards the appointment of Okpalaeke. Our position is justice. We donâ€™t see any reason why somebody from this Diocese or any other Diocese from Imo State cannot be appointed as the Bishop of Ahiara Dioceseâ€.

He continued that, â€œwe know that if the Pope has heard our position, he would have changed his position. All we are saying is that we donâ€™t want Okpalaeke and trying to force him on his on us is not justiceâ€.

President of the Diocesan CMO, Chief Anthony Njoku, said â€œWe are strongly behind our priests and we cannot be cowed to submission against our faithâ€.

The Vice President of the CWO in the Diocese, Dr. Liona Ohanu, who spoke on behalf of the women, appealed to the Vatican to listen to the demand of the people, adding that, â€œwe respect the Pope and cannot disobey his directive as our Supreme Head but the issue of Okpalaeke is an exemption and we will not welcome him as the Bishop of this Diocese. Let the Pope appoint any other person from anywhere we will accept but not Okpalaekeâ€.

Meanwhile, the State Governor, Rochas Okorocha who came to the Cathedral in the company of security chiefs, quickly went into a closed door meeting with the Priests in the Diocese, who stayed away from the protesting Laity obviously to escape the wrath of the Pope.
At the end of the meeting which lasted over two hours, the Governor appealed to the Priests and Laity to accept the directive of the Pope on the matter of the appointment of the Bishop to end the lingering crisis.

According to the Governor, â€œI have listened to your pains and complaints but there is no alternative to peace. Your matter has attracted the attention of the Pope and you know better than me that the position of the Pope is final. So on the matter of the appointment of the Bishop, I pray and I plead with you that you allow the directive of the Pope to stand in the interest of the image of the Diocese and the state. This is not the end of the Church. It will not be good for us to be known as the people that fight the Popeâ€.

Responding to the Governorâ€™s plea, one of the Reverend Fathers who spoke on behalf of his colleagues, Rev Father Joseph Ezeji, said the Church hierarchy in Nigeria has deceived the Pope that the Ahiara Diocese crisis is a result of ethnic sentiment.

He said, â€œthe Church hierarchy in Nigeria lied to the Pope that we are rejecting Okpalaeke because of ethnic sentiment. But the truth is that the process of his selection was not transparent. We are still wondering how his name from another state entirely not even from a Diocese within the Ecclesiastical Province was appointed the Bishop of Ahiara Diocese. 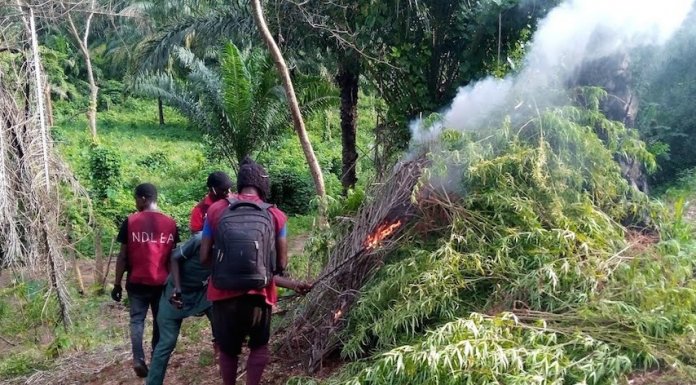 Tackling the Dangers of Illicit Drugs