Last week I began a teasing piece on the proposed emotional psychological evaluation of recalcitrant drivers better referred to by some observers as psychiatrists test, effective July I, 2017.Since the announcement was made by the Federal Road Safety Corps, there have been interesting reactions from motorists, medical professionals, Non- Governmental Organisations among others on the new strategy meant to deter motorist from the increasing infractions that has further worsened the driving culture and also tilted the crash trend on our roads. Information available from the Corps as justification for the move says that the FRSC recorded 3,646 cases of phone violation; 1,017 dangerous driving and 3,337 light sign violation between January to April 2017.This figure will no doubt increase during festivities such as the sallah and Christmas among others.

Â Â  Let me first refresh your memory with the press statement released by the Corps on the proposed evalaution. The statement reads read thus … â€˜â€™Scheduled to begin nationwide on July 1, the test will focus on life threatening traffic offences namely, use of phone while driving, route violation, traffic light violation, dangerous driving and overloading. According to the Corpsâ€™ Public Education Officer, Mr Bizi Kazeem, offenders shall have their driverâ€™s licenses withdrawn pending confirmation of their sanity or otherwise. Kazeem explained that the offenders would bear the full cost of the medical consultation, which shall be conducted at recognised public medical facilities.â€œThe move arose from observed aggravating crashes and disobedience to road traffic laws and regulation.â€œThis nation can no longer watch the lives and property of its citizens wasted by a few nonconformists on the highways,â€™â€™ he quoted the Corps Marshal, Dr Boboye Oyeyemi, as saying,

Since the announcement was made, there have been divergent views as expected from the motoring public. However, as a follow up to last week teasing piece, I intend to run these reactions and concernsÂ  this week, but will from next week, Â  x-ray the listed offences and their risk factorsÂ  .According to FRSC statement, some Abuja residents have lauded the FRSC for the move which they said was long overdue. One of them who is said to be a civil servant,Â  said the behavior of motorists on the road especially in Abuja called for a check on their mental state.â€œAbuja is a place where the roads are too wide for motorists. They prefer driving on sidewalks meant for pedestrians.â€œSecurity agents and private vehicle owners are not left out in this madness. I hope the FRSC will have the courage to also subject them to psychiatric test,â€™â€™ she said.

Â There are however, those with some reservations on the released procedure for the exercise. One of such persons is the Executive Director, Technical, Safety beyond Borders, Mr. Patrick Adenusi. According to media reports, he was quoted as saying that,â€™â€™ I donâ€™t have problems with psychiatric tests, but one of the major concerns that I have is the advocacy side of whatever action that government is taking. (Nigerian) Government does not inform the citizens; they just instruct them. The FRSC should run jingles on the radio; advocacy does not necessarily mean that they have to go to the motor parks. They have to factor into the information process all others who are not commercial vehicle drivers.

Â The ministries of information (and) the National Orientation Agency are not meant to be instruction centres. It is (should be) information. Like I said, we donâ€™t have enough signage on Nigerian roads. Most of the people who drive on Nigerian roads are not trained to drive.When somebody drives dangerously â€” that is, overtaking at a bend, overtaking on a slope, overtaking on hills, driving against traffic â€” those are the attitudes that actually warrant psychiatric test. But the use of phone among all of those traffic violations is overkill. He also expressed concern on the appropriate legislation for such an initiative; I know that Lagos State, which has zero tolerance for people driving against traffic, enacted a law. I think part of the Lagos State Road Traffic Law 2012 has it that anyone that a drive against traffic needs to go for psychiatric test. But I donâ€™t know if there is anything like that at the federal level. But the fact that that law exists in Lagos State means the FRSC could enforce that in Lagos because itâ€™s a law in the state and Lagos State is part of Nigeria. But at the federal level, if that law does not exist in other states of the country, I donâ€™t know how they want to take someone for a psychiatric test.

He went further to say that anybody who engages in dangerous driving must have an idea of what dangerous driving is all about. The word â€œdangerousâ€ is self-explanatory. Anyone who is overtaking at a bend knows that it is not a safe thing to do, yet they do it. And the reason they do it is because there is no sanction against the offender. I donâ€™t have a problem with sanctioning people who drive excessively. For example, if you look at these transport companies with the small buses, and the rate at which they operate at â€œFormula Oneâ€ (speed) on interstates, those drivers actually know what is dangerous driving. If you overtake at a bend, on a hill or slope, those are instances of dangerous driving, including driving against traffic.

Dr. Oscar Odibo, automotive consultant and senior lecturer at Covenant University have called on the Federal Road Safety Corps, FRSC, to thread softly with its recent pronouncement to send traffic offender to Psychiatric test as from July 1, 2017.Â  â€œIt is looking like the way to go. But, it seems they have abandoned what they were known for in the past. They need to upgrade their information dissemination. Back in the day they use to run campaign and carry people along instead of coming up with something they canâ€™t execute. They will make money out of it. Instead of making punitive pronouncements, they should make it an advocacy and carry the society alone. They can apply society friendly advocacy.â€Dr Odibo noted.

He further argued that before you send someone to psychiatric hospital, you must have your evidence otherwise, the agency could be sued. The cameras should be able to pick when the person was making the call, otherwise it would be difficult to prove. Â

Psychiatrists in Nigeria faulted the decision to send motorists arrested for chronic traffic offences to psychologists in teaching hospitals for mental evaluation. Already the FRSC said it is consulting with teaching and specialist hospitals which would handle the mental evaluation of traffic offenders scheduled to commence on July 1.The corps clarified that the examination of traffic violators would not be handled by psychiatric hospitals but by certified government hospitals across the country.

But, the Publicity Secretary,of the the Association of Psychiatrists Association in Nigeria Dr. Peter Ogunnubi according to media reports, said the agency had committed a big blunder with its decision. He said that the psychologists are social scientists meant to assist the psychiatrists, who are the only medical personnel that can determine the mental state of a human being.He explained that the psychiatrists did not support the FRSCâ€™s decision to attribute social misbehaviour during driving to mental disorder because it would further stigmatise mental illness which the APN frowned on.

Â â€œAlready we are fighting with stigma. We should see evil behaviour as evil behaviour. Why canâ€™t the FRSC say that someone driving against traffic has heart, leg or eye problems.â€œWhy canâ€™t you say somebody driving against traffic doesnâ€™t know where he is going. Maybe his eyes are seeing double.Â  Why must they tie it to the brain?â€œPsychologists donâ€™t determine whether your brain is okay or not. They are just carrying out behavioural testing. The fact that they did one-year programme in clinic psychology does not make them medical doctors.â€œThey are behavioural scientists and they work with doctors. They can only counsel, they cannot diagnose mental illness.Â  So, FRSC will end up sending the drivers to the wrong quarters.â€œIt is quite unfortunate that the agency of the government that should know these things donâ€™t even know the difference between a psychiatrist and psychologist.â€œWhy should the FRSC see attributable miscreant behaviour as health problem, they should see it as social problem and should be addressed either by punitive measures or any other form of punishment and not attaching medical aspect to it.â€ the spokesman said 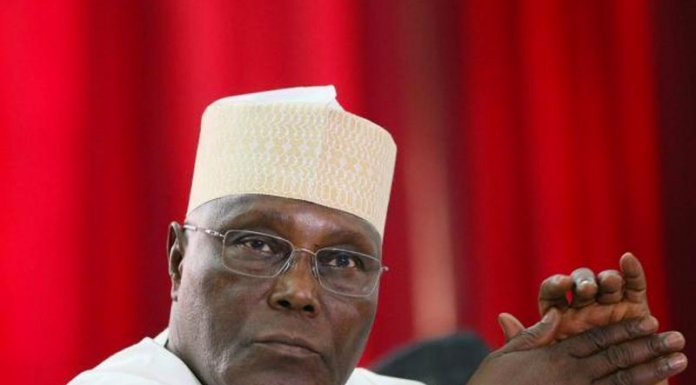 Atiku Abubakar’s Eye on the Ball at 74