Not a few Nigerians are wont to saying that government has no business in business. And what is popularly adjudged to be the interpretation of that statement is that, given its appalling management of several potentially profitable business-structured government assets, the Nigerian Government is one that shouldn’t really come near any business concern.

Incidentally, examples of the government’s gross mismanagement of lucrative enterprises abound in the misfortune that was brought upon the defunct Nigeria Airways, the sinking of the huge revenue potentials of the rested Nigerian National Shipping Line (NNSL) along with its multi-million dollars worth of ships to mention just a few. These are significant instances of bad businesses conducted by the government.

That said, there’s need for clarity of terms here. This is to ensure that the habitual failings of the government will not dampen the zeal of the citizens to point to the government and also compel it to take up its legitimate position in business for the prosperity of the nation.

Essentially, government control over its business-structured assets, which often brings about losses, should be distinguished from the actions of the government in creating an enabling environment for businesses to start and thrive, which normally should be their major involvement in business activities in the country.

Interestingly, observations from recent happenings in government are suggesting that the highest authority in the land is currently toeing the expected path quite well. Isn’t it fascinating to note that the government that started off by trumpeting Made-in-Nigeria goods almost as if Nigerians will suddenly develop capacity to locally produce many of the ludicrous imported goods without the government acting as the primary enabler of such endeavour, is now talking about the need to provide an enabling environment?

Of course, now we are talking; and also making efforts to address the major issues that are encumbering growth. It seems we have finally realised that the usual approach of placing the cart before the horse has only resulted in appearance of motion without movement whatsoever.

The talks, as observed recently, which focus on policy improvement and introduction of critical interventions that will stimulate aggressive interest and activities in several enterprises are what the nation has been waiting for as part of the promises of change.

And more importantly, the talks are being backed with action. Clearly, signing into law the two pieces of legislation that will help to facilitate access to more affordable credit facilities for businesses in the country is a remarkable route to reflating the economy.

As a result of this effort, Nigeria now has the Secured Transactions in Movable Assets Act, 2017 (otherwise known as Collateral Registry Act) and the Credit Reporting Act, 2017 which are laws essentially made to strengthen Nigeria’s Micro, Small and Medium Enterprises (MSMEs) economy and empower the players in this sector. And with these laws, budding entrepreneurs in MSMEs market will, for the first time ever, use their reputation, generators, deep freezers, school certificates and many unconventional properties to access credit.

To demonstrate its concern, the government further stated that, access to credit is critical to economic growth and is considered to be the motor for driving private sector development. However, in Nigeria more than 70 per cent of private enterprises, typically MSMEs, have limited or no access to credit. Credit applications get rejected due to insufficient credit history and information for the lender to use to make a reasonable judgement, as well as unacceptable collateral. The two new Acts remove those obstacles for MSMEs.

Traditionally, banks only give loans to businesses that can provide fixed land and property as collateral. This shuts out MSMEs which usually own only movable assets like motor vehicles and equipment.

The Collateral Registry Bill, 2017, will give confidence to lenders to utilise the registry and thereby make credit available to MSMEs and individuals through the “use of their movable assets as collateral.â€

Well, a good move, you would say. But really this important move shouldn’t just be read as part of those captivating platitudes. Indeed, being of greater concern to the government should be the lack of implementation of many meaningful laws and policies like the two that have just been brought to existence which make nonsense of the whole exercise.

Therefore, efforts at implementation should now be made more aggressive and purposeful possibly more than the energy that was deployed to the introduction of the laws.
Reasonably, it should be just enough that the beginning looks good, but the end result must be made to wear a greater outlook.

Similarly, constant supply of power remains a major force towards achieving a viable and truly prosperous MSMEs market in Nigeria. So it behooves on the government to deal decisively with the demon that has been holding down power thereby ensuring that lives and businesses are run in darkness. And what does this bring? More grave blunders, stagnation, confusion and other national catastrophe.

As such, if only for the sake of the MSMEs players and other stakeholders who have been acknowledged as the engine of the economy, the government needs to revisit the power issue with a view to finding a lasting solution and then, bolster other infrastructural necessities that support growth. 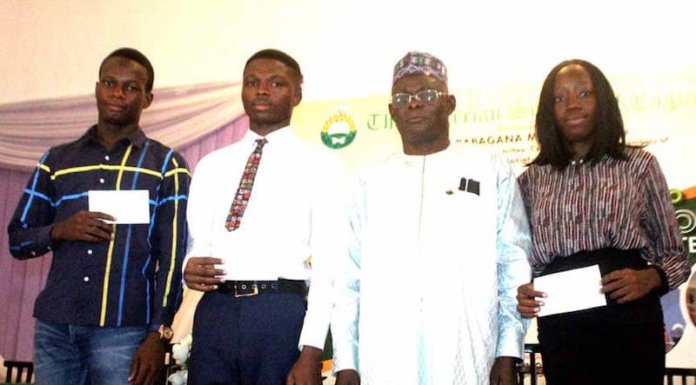