An unlikely candidate to sit at the top of a thriving pan-African media organisation, because of her background in music and drama, Yolisa Phahleâ€™s emergence as the first black female CEO of M-Net has driven her to the peak of excellence, writes, Nseobong Okon-Ekong

She is one of the lucky ones engaged with what they love. For her, work is free from all the drudgery that attends the normal cycle. Thanks to her father, Yolisa Phahle, CEO of M-Net understood, in her childhood, the importance of cultivating a wholesome interest in what she does. She learned from her father that those who had the best jobs were the ones whose work seemed to be a form of relaxation. Interestingly, her resolve came from the scolding she got from her father who reprimanded her for watching too much television. This same source of concern of her father has become her source of income and fame.

Till today, she sees her work the way she conceived it in the beginning – as a form of leisure, by watching television, listening to music and also playing music.

Her decision to follow her mind began from when she left high school. Instead of pursuing a degree, she went on to hone her skills in violin and keyboard at the Guildhall School of Music and Drama. She found no joy in the classical music that she was being trained for. She was subsequently drawn more and more to popular music. Not one to be left trailing the pack, her sheer skills and determination catapulted her to perform with top groups like Duran Duran, Soul II Soul, Hot Chili Peppers and Jamiroqui. She is particularly proud of her past as a performing musician, but more so as a founding member, composer and musician in the Island Records-signed Reggae Philharmonic Orchestra.

Many are amazed that she came from such a background to have the distinction of becoming the first black female CEO of M-Net gloss over her hands on experience in the relevant industries, which was deepened by her music career. More importantly, however, were her active years in the broadcast media. She holds an MBA from GIBS Business School. Phahle joined the BBC World Service in 1998, training as Studio Manager and later as a music producer. Four years later she moved to a post as senior music producer at BBC 6 Music, the broadcasterâ€™s first-ever digital radio station and its first new music channel in 30 years; and she also worked as a Sound and Vision Mixer in continuity for BBC television.

Her South African roots and love for African music saw her return to South Africa in 2004, where she joined Channel O as General Manager. She became Director of Special Interest Channels in 2009. She has spearheaded the revival of these channels, turning Channel O into the number one music channel on the African continent and successfully launching youth channel Vuzu and local content channels Mzansi Magic and Mzansi Music.

Yolisa Phahle was appointed as CEO for M-Net South Africa in 2013 before taking control of the M-Net business across the African continent in October, 2015. Phahleâ€™s appointment as CEO followed a decision to focus M-Netâ€™s business on three core African markets: South Africa, West Africa and East Africa. M-Net is a wholly owned subsidiary of MultiChoice South Africa, founded in 1985 as the countryâ€™s first private subscription television service. Today, it boasts an array of general entertainment and niche channels and broadcasts to over 2.5 million subscribers in 41 countries across Africa, including Nigeria.

As a content aggregator in Africa, Phahle has the responsibility of coordinating her companyâ€™s efforts to tell African stories in a world that is increasingly becoming smaller and more integrated. She summed up her effort: â€œOur focus at M-Net is to inspire and connect African communities through compelling local stories and experiences. Today, however, Africans live in many places and the opportunity to grow our industry by telling our stories has become increasingly important because globalisation means we can showcase our view of the world to a bigger audience than ever before. We live in a world where diversity should be celebrated and with our programming we also hope to inspire the world about Africa. We are constantly looking at ways to surprise and delight audiences and plan to tell even more of our stories in the future.â€

What she is trying to do may be tricky as the constant questions in the public space suggest. Is there such thing as an African story? Is Africa a unit? Or different peoples found in a particular geographical region? She was lucid in her response: â€œAfricans are certainly not a homogeneous group of people. Our diversity of languages, cultures and traditions is what makes each of us truly unique. We currently have channels that focus on specific languages and genres but also see that Nigerian content is enjoyed by many non-Nigerians. This is because the stories are often universal and also because you donâ€™t have to be Nigerian to enjoy Nigerian storytelling.â€

Still trying to understand the context of an African experience in an increasingly integrated world, we asked, â€œCan there be one African experience (story)? Is the experience (and therefore, their stories) of the north African not different from the east/west African, for instance?â€ Phaphle alluded to the unique character of each of its stations. According to her, â€œThe success of each our channels can be attributed to the range of genres, formats and stories. We have seen that East African comedy is well received in Zambia, and that South African programming is enjoyed outside of SA. We also see that people enjoy seeing their stories being told in their languages. So whilst there are commonalties, there are also specific regional preferences.â€

Phaphle emphasized that her real challenge is to work around perceived (or real) influences that may influence a television content aggregator like hers. She said, â€œWe work with producers and industry professionals from a variety of countries, we learn from each other and collectively we are building both a local and continental industry. I have my hands full at M-Net for the foreseeable future hopefully. I would like to be part of the transformation of the television and film industry. We need to create opportunity for young black entrepreneurship. There is abundant talent and many wonderful stories that need to be told â€“ my job is to facilitate this process.â€

At the time of her birth, her South African parents were in England. This is where she developed the love for broadcast. Her deep interest in telling stories was manifest. â€œI always loved story telling whether itâ€™s through music or through drama and television is a great way to tell a story,â€ said Phahle. She thinks the rest of the world can benefit from African stories. â€œWe have wonderful, compelling stories to tell, we have incredible actors and musicians. African film and television entertains and informs. It is our vision to be the leading African storyteller in the world. We think this is possible through our continued investment and focus in local content, by partnering with the best local filmmakers and production companies and leveraging off our technology (such as our DTT offering, Catch Up services and DStv Now app).â€

A critical driver leading to the achievement of Yolisaâ€™s goals is the fact that the companyâ€™s viewers, â€œpay for our services and we therefore need to constantly provide what they look for, in the way they want it, and when they want it. Our mission now is to create the best television entertainment in Africa and beyond. The world is changing and evolving, and more and more opportunities to produce local content are opening up, opportunities that were never available before.â€

Although, it is not included in her CV, she explained what it means to be CEO, â€œA CEO is an enormous responsibility and a huge privilege for me,â€ she admits. â€œIâ€™m very proud, but Iâ€™m also now more acutely aware of how far I have come.â€

In her frequent travels around the continent, Nigeria is one of her favourite destinations. The other countries she visits to develop content include Kenya and Angola.

The assignment placed on her shoulders is not an easy task. It is her responsibility to take M-Netâ€™s broadcasting operations in Africa to even greater heights and cement the organisationâ€™s leadership in the media and entertainment space. 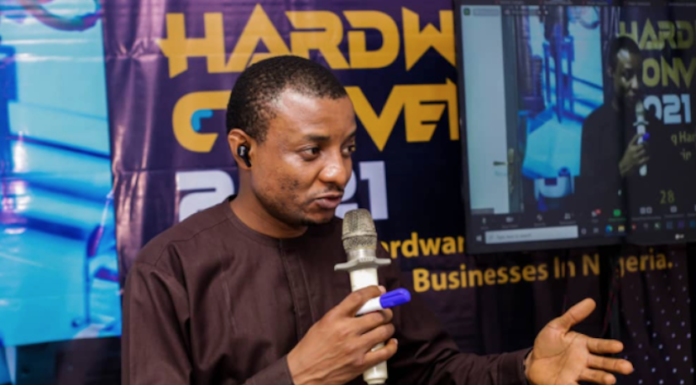