Let me begin by repeating our claim that Governor Rochas Okorocha’s achievements in Imo in the past six years have exceeded or superceded all that those who governed the state before him put together had achieved. This is our innocent claim. We want to be challenged on this innocuous claim or contradicted. We have more than one thousand verifiable projects to the credit of the people’s governor Owelle Okorocha. And Imo people celebrate him except the few vocal elite. To justify our claims, we wish to state as follows:

In education, Okorocha deserves excellent and not for the fun of doing so, but based on outstanding achievements or exploits in the area of education. Now read our lips and correctly too.

Imo State under Okorocha has been enjoying free and qualitative education from primary to secondary to tertiary level. It has been a success story all along. His government has been supplying the students and pupils with free sandals, desks, lockers, chairs, uniform, stockings, etc. Government has employed about 11,000 teachers both regular and those under Youth Must Work programme to ensure that there were enough teachers for the schools. School enrolment in Imo has skyrocketed from 276,000 in 2011 to more than 850,000 in 2017 because of the free education programme. Imo has topped in the Joint Admission and Matriculation Board examination applications for six yee are now (from 2012 â€“ 2017) and has shown excellence in every public exam. The records are there.

On healthcare, Okorocha has built 27 ultra modern 200-bed hospitals of international standard one in each of the 27 LGAs, with some of them equipped and four of the hospitals handed over to the navy, airforce, army and the police. He built a world class diagnostic and medical centre Medical called Oshiedike with modern facilities, renovated some of the old general hospitals in the state and introduced functional and effective Health at Your Door programme.

Okorocha also built the Imo Foundation that has assisted a lot of people with complicated health issues in getting treatment outside the country. He ensured accreditation of courses at IMSUTH which led to the graduation of students of the institution for the first time. He built theatre suites, radiology wing housing MRI, CTSCAN and fluoroscope, specialist clinic, at IMSUTH.

On infrastructure, Okorocha has done excellently well. Those who have been following reports from the state or those who have visited the state, would agree with us that if there is one area the governor has done exceedingly well, it is in the area of infrastructure. Okorocha has to his credits more than 600 kilometres of urban roads and more than 1000 kilometres of rural roads. The list and locations of the roads are available to give to any group or establishment on demand. He has remodeled and rebuilt the Government House with befitting new structures including a new governorâ€™s lodge, a new chapel, a new clinic, new twin story building for the Deputy Governor and First Ladyâ€™s offices, Sam Mbakwe Exco Chamber, Ndubuisi Kanu Exco Chamber, Nick Banquet hall, media building, staff canteen and all, inside the Government House.

The governor also turned major roads in Owerri into eight-lanes in his urban renewal programme, built the Imo Micro Finance Bank, cultural centers in the three zones of the state and renovated the State Secretariat and comprised the offices.

The governor built a new high court complex called Justice Oputa Complex and reconstructed and remodeled Old Concord Hotel to a five-star hotel. He built a new NYSC headquarters, twelve round-abouts within Owerri and environs and pedestrian bridges. He also rebuilt all the council headquarters. All these are in addition to chapels and ICT centres he built in the headquarters of all local government areas. He also built more than 270 bungalows for indigent women and widows through his wifeâ€™s pet project-SNARP.

In the areas of agriculture, Okorocha introduced ‘Ikuona nkwu’ in all the communities and the outcome has been remarkable. He reconstructed the fish farm in Oguta and the result has also been wonderful and introduced rice farming in the state. The governor remodeled Avutu Poultry and Adapalm and made them productive. He also introduced poultry farming in the 27 LGAs in the state. He remodeled Imo zoo and introduced Back to Land for Agriculture programme. The attendant result is that with free education, the poverty level in the state has drastically gone down from 57 per cent in 2011 to 14 per cent in 2017, according to United Nationâ€™s report.

On ease of doing business, the governor repurchased the Resin Paint Industry in Mbaise sold by those before him and handed it over to a Chinese Company SKYRUN now producing electrical gadgets at Nguru Mbaise. The Paper Packaging Industry at Owerre ebiri equally sold by those before him was also repurchased by Okorocha and is today working. There is an industrial park now in Owerri and an artisan village. Due to the high level of security and infrastructural revolution in the state, investors have ‘invaded’ the state and there is, at the moment, population explosion and business/investment evolution in the state.

There is no aspect of governance, Okorocha does not deserve to be scored above average. Let anybody or organization with anything to the contrary challenge us on this harmless claim. 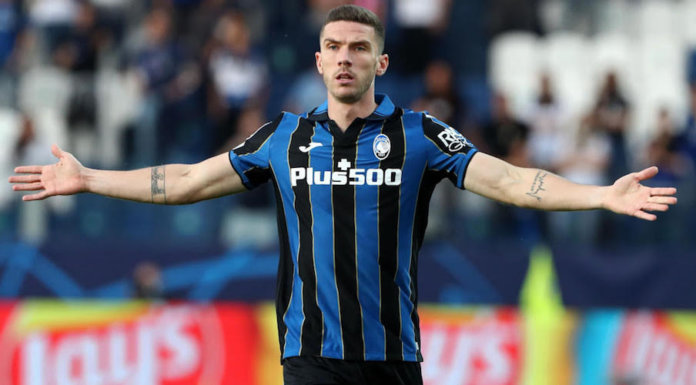