As a searcher in Fingerprints Section at the then CID headquarters in Lagos, Daniel Uwaezuoke thought he had seen it all. This was not until the arrival of the Welsh-born Owen Oxendale Griffiths to the scene from the Singapore Police â€¦

MEMOIRS
The coming of O. O. Griffiths
One fact soon resolved itself into coherence. This was soon after I was considered qualified to be retained in the Fingerprints Section at the C. I. D. Headquarters in 1947 â€“ on August 22 to be precise. We were stuck in the groove of time. There was no desire for change, even almost after about eight months on my now assigned job of searching for previous convictions and fingerprints at the scene of crime.

The Inspector in charge, Fingerprints Section, Akinyemi had other preoccupations in his mind. Sooner than later, he became one of the political sextet that crossed carpet in the first-ever Western House of Assembly. The action of this sextet gave Chief Obafemi Awolowo his well-deserved premiership of Western Nigeria. Thus, Akinyemi became an honourable member and no more an officer in charge, the Fingerprint Section.

Inspector Isaac Shasheyi, who replaced him, was a near-angel of a man. Mr Shasheyi could literally not hurt even a fly and was striving to live the life of a good Christian. This probably sums why it was not in his D. N. A. to push for a change â€“ albeit for better â€“ in running the Fingerprints Section.

A gust of fresh, bracing air of change would soon breathe a new life into this atmosphere. This change came with the arrival of Mr Owen Oxendale Griffiths. I was not in a position to know who between Mr G. S. K. Bovell and Alhaji Kam-Salem â€“ both of whom finally became Inspector-Generals â€“ had planned Mr Griffithsâ€™s coming from the Singapore Police.
Mr Griffiths, a Welsh, seemed to have specialised in the reorganisation of Fingerprints Bureaux, especially in the British Colonial Police. The first places he began his change were in the very assignments I was almost doing alone. That is, searching for fingerprints for previous convictions and for finger marks at the scenes of crime.

He would introduce a new kit that included Anthracene powder and Ninhydrin liquid. This introduction increased our expertise in the searching of finger marks at scenes of crime. Anthracene powder was mainly used for metals but could also be used to set traps for bribe-demanders.

Under ultra-violet lamps, a grain of Anthracene powder can show an enlargement of between 500 and 800 percent. This explains why it was used to mark currency notes used in trapping bribe-demanders. As for Ninhydrin, it is a liquid used in searching for fingerprints on fabrics.

These were interesting introductions but I did not use any of them for my scene of crime catches. I only used various kinds of powder â€“ black, grey and, in short, any powder whose colour contrasted with the colours of the objects being searched for fingerprints.

Mr Griffithsâ€™s other introduction into the scene of crime kit was what he called cadaver spoon and paddle. This was used to take the fingerprints of dead bodies. These bodies, which are always almost in stages of decomposition, were usually found at street corners and by lagoon shores by health officials, who acted as the scavengers of the city. To this new kit, he introduced rubber gloves, which because I found them cumbersome, did not use.

You can easily imagine how my other co-searchers reacted towards this assignment, which required their taking the fingerprints of decomposing bodies. For apart from the scary aspect of that job, the regularity in which I carried out these tasks ended up instilling near-childish fears in me.

Mr Griffithsâ€™s next target was the court evidence, which again was my sole preserve. He first made me understand that it was the worldwide acceptance of fingerprint, as the undisputed authority in establishing the identity of persons, that I was exploiting in my court cases. He therefore set forth to correct what he â€“ without intending to hurt or insult me â€“ called â€œUwaezuokeâ€™s Follyâ€.

To teach me what proving the identity of two fingerprints meant, he brought along his wife â€“ who was doing the jobs I was assigned to do â€“ from Singapore. I knew that the identity of two fingerprints was proved by using the position of the four coincident sequence in any fingerprint pattern â€“ arches, tented arches, loops, whorls (spiral and elongated) â€“ compounds, which as the names suggested, were made up of more than one pattern in one fingerprint.
On two or three separate days, Mrs Griffiths showed me how these link the ridge characteristics in a two fingerprints identity. She also showed me how to use my findings to prove my case, even to convince a layman.

Yes, a few years later, when I was on a second course in the U. K. â€“ this time at the Scotland Yardâ€™s Fingerprint School in Chelsea, that I fully appreciated the value of my days together with Mrs Griffiths in the coupleâ€™s flat off the Onikan end of Awolowo Road in South West Ikoyi, Lagos.

One may ask why it was necessary to take fingerprints of abandoned decomposing bodies. It was correct to assume that no dead body of worth could be so abandoned at street corners or by lagoon shores. Taking the fingerprints of such dead bodies enabled the Criminal Records Office to identify a criminal, who was shot or beaten to death and abandoned. Whenever a dead body was identified, its criminal records were destroyed. This was, at least, to reduce the area of search in the fingerprint collection. Again, the identity of the abandoned dead body would also be without doubt established.

I was able to achieve this on three occasions after about 18 years all together.
Now, let me make the reader of this story an honorary searcher (without an honorarium). Get a few hard pieces of charcoal and grind them into powder. From a virgin pack of typing sheets lift a sheet and place it on a hard object without a rugged surface. Then, gently place the palm to to include the fingers of either left or right hand. Then, gently spread the charcoal powder on that typing sheetâ€™s surface. You will see for yourself that you have developed a finger mark at a scene of crime with a difference.
-Sir Daniel, 92, lives in Enugu 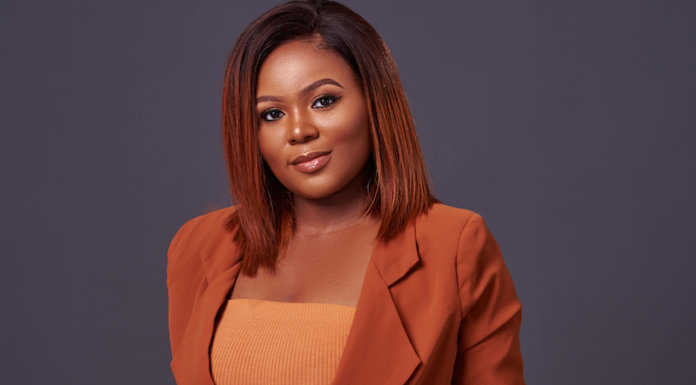 Abaribe: Why I Fell out with Kalu