Solomon Elusoji attended the second edition of the Ideas, Connect and Empower conference held in Lagos recently and reports on the multitude of timely lessons shared

Last month, the Ascending Men of Spiritual Substance, a group under the Realm of Glory (ROG) Ministries held the second edition of its ICE (Ideas, Connect and Empower) Conference at the church premises in Okota, Lagos.
According to a statement from the church, â€œICE is an annual business empowerment summit intended to reduce the high unemployment rate in the society, and thus committed to nation building. Among others, it is also designed to; encourage start-ups of small and medium enterprises that will enable increased income generation of participants, solve the problem of under-employment through the provision of resources and competencies, provision of qualitative entrepreneurial guidance for traders/business men and women, update the knowledge required for excellence in participants chosen field or career and to help participants build their marketable skills.â€

At this yearâ€™s edition, which was themed â€˜Ignite Your Business, Transform Your Worldâ€™, there were high profile speakers, including a Managing Director at PZ Cussons Nigeria, Alex Goma; Head of Micro Enterprise at the Lagos State Employment Trust Fund (LSETF), Adewunmi Oni; Managing Director of ST Hub Limited, Stephanie Obi; and a Senior Pastor at ROG, Nath Ayodele.

Attracting over 500 participants, most of who were young people, the conference was organised to help attune peopleâ€™s mentality towards success.
â€œFrom the beginning the church has always been a point of empowerment for people,â€ a ROG pastor, Toni Akintara, told THISDAY, explaining why the church hosted the empowerment conference. â€œAnd the church is not just confined to spiritual things, because the church has stopped becoming a centre which encourages people to believe that what it takes for your financial life to change is just to keep praying. But you see a lot of prayerful poor people in church. This kind of conference helps to change peopleâ€™s mentality and charges them to take advantage of the available opportunities.â€

Nath Ayodele, the ROG Pastor, kicked off the conference with a talk that spelt out the spiritual principles that drive a successful business. He started his talk by asking five key questions; what is the source of your business idea, is your business registered in the kingdom, what is the kingdom vision that drives your business, what is the spiritual covenant that powers your business, and what is the covenant sacrifice that drives your business?
â€œIf your business is not born of God, it may succeed at the beginning, but something is going to happen along the way that will make that business fail,â€ he said. â€œSo you need to constantly ask yourself whether your business idea is heavenly and driven by the inspiration of the Holy Spirit. But the problem with most Christians is that they do not know why they have been given the Holy Spirit; no, it is not just to drive demons, but also to provide spiritual access to heaven, to receive and download information and ideas from heaven. That is what it means to be born again.â€
His lecture was largely centred around the biblical story of Jacobâ€™s creative business triumph over his uncle, Laban.
Jacob had just finished serving Laban for 12 years for the privilege of marrying Labanâ€™s daughters, Leah and Rachel. Now he wants to go home, and wants compensation for tending Labanâ€™s flocks. He proposes an alternative to payment: Laban is to give him the unusually coloured animals from his flock (speckled, brown etc). Laban agrees, presumably because these are recognised as being inferior. However heâ€™s also a great schemer. To minimise Jacobâ€™s reward even more, he takes all the speckled animals away (to be pastured far from Jacob), leaving a perfectly white flock for Jacob to tend.

â€œBut because Jacob was connected to heaven, immediately the deal was signed, God gave him an idea on how to make most of the animals speckled,â€ Ayodele said.

The second speaker was Stephanie Obi, a first class graduate of Computer Science from Covenant University, who runs an online business, mentoring women to start their own businesses. She gave a talk about the dynamics of doing business in the 21st century.

Stephanie delved into entrepreneurship in 2010 when she started making Ankara-inspired t-shirts and accessories. One day, she woke up with a strong desire to share her knowledge of Ankara-inspired accessories. She started an online class. Today, through her website, she has reached hundreds of thousands of people in over 10 countries, teaching women how to grow successful online businesses.

â€œI think the first challenge people have to deal with is in their mind,â€ Obi said during ICE 2017. â€œPeople have to be ready to change and cultivate an attitude of constant learning.â€ To stress her point, she quoted Alvin Tofflerâ€™s famous statement: the illiterate of the 21st century will not be those who cannot read and write, but those who cannot learn, unlearn and relearn.

She gave vital tips on what it takes to be successful in running an online business. â€œYou need to get people to keep talking about your brand via writing blog features, organising contests and competitions, appearing on podcasts shows, granting interviews, advertising on social media and ensuring your website is search-engine optimised,â€ she said. â€œYou also have to get out of your comfort zone, build trust and create products. You have to put yourself out there. When people tell you no, donâ€™t let that discourage you. Many people that have told me no before have called me back.â€

She advised online entrepreneurs that it was wise to give out knowledge for free and, on physical appearance, she noted that it was imperative for online entrepreneurs to look good. â€œIt is only God that looks inward; human beings will judge you based on your physical appearance,â€ she said. â€œSo you need to invest in your appearance, and it is not as difficult or expensive as you might think.â€

The third speaker was Alex Goma, a Managing Director at PZ Cussons Nigeria, who explored what it takes to be a successful Chief Executive Officer (CEO).

Defining a CEO as â€œthe oga-at-the-topâ€, Goma noted that â€œyour foundation has to go deep if you want to build a company that lasts. Your fundamentals and foundation must be solid, because you will be tested.â€
He equally observed that â€œsuccessful CEOs build the business and the organisationâ€™s capacity. Itâ€™s about todayâ€™s results and capacity to be sustained.â€

Meanwhile, he pointed out â€˜leadershipâ€™ as the most critical skill for a CEO to possess. â€œLeaders are expected to envision,â€ he said, â€œthey are expected to create enabling environments, they must possess the ability to energise and motivate their people and must also be able to lead the execution of strategy. Successful CEOs are excellent communicators; they secure their teamâ€™s buy-in to the organisationâ€™s purpose.â€

Goma also noted that the way CEOs treat those under them, their employees, speaks critically to their leadership worth. Meanwhile, he harped on the need for business to be built on competence and character, two pillars which engenders trust. â€œTrust is built on competence and character,â€ he said, â€œyou can fool people once, but you canâ€™t fool them forever. A successful CEO has to deliver results in a way that inspires trust.â€

However, he noted that, with the changes in technology, life will become more difficult for people who learn the dynamics of knowledge application. â€œThe world does not pay for your knowledge,â€ he said, â€œit pays for what you do with your knowledge.â€

On starting a business, Goma noted that entrepreneurship is like raising kids. â€œEvery business is like a child, so you have to ask yourself if you have enough resources to manage the business before it begins to yield profit. If you want to build successful business, you need to have a very clear plan.â€

The last speaker was the Head of Micro-Enterprise at LSETF, Mr. Adewunmi Oni, who was representing by the LSETF Executive Secretary (LSETF), Mr. Akin Oyebode. The LSETF was established by The Lagos State Employment Trust Fund Law 2016 to provide financial support to residents of Lagos State, for job, wealth creation and to tackle unemployment.

The fund also serves as an instrument to inspire the creative and innovative energies of all Lagos residents and reduce unemployment across the State. The Fund has the mandate to directly invest 25 billion naira in helping Lagos residents grow and scale their Micro Small and Medium Enterprises (MSMEs) or acquire skills to get better jobs.

â€œWe want Lagos to be the destination for people who are business-oriented and the only way for that to happen is to make finance available,â€ Adewunmi said. At the conference venue, there were LSETF loan application forms made available for entrepreneurs to access cheap financing for their businesses.

The brains behind the ICE conference and its AMOSS umbrella are Pastor Sam and Grace Aiyedogbon, who started the Realm of Glory Ministries 27 years ago. Today, after a rough beginning, the church has grown in leaps and bounds with branches across the nation and Africa. 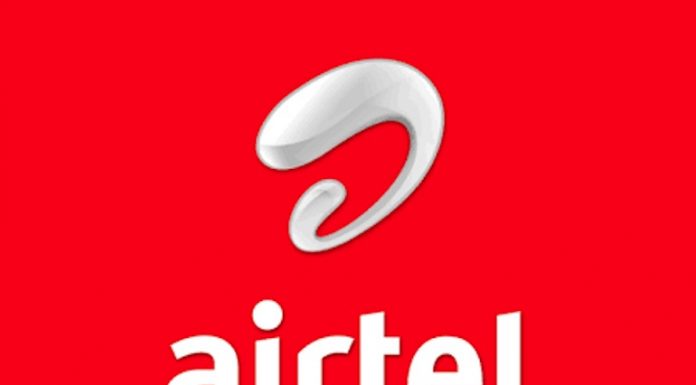