Oxfam International has been playing an active role in addressing crisis faced by the Internally Displaced Persons (IDPs) in the North-east region of Nigeria through provision of clean water, provision of access to food by distribution of cash to people to buy in the local markets e.t.c. The International Executive Director, Winnie Byanyima, speaks with Ugo Aliogo, about the organisationâ€™s efforts in the region, among other issues

Why are we scaling up now, why has it taken so long, and what have been the main challenges?

Oxfam has been responding to the crisis in north-east Nigeria since May 2014. As the Nigerian army has recaptured areas held by Boko Haram, access has increased to areas that were previously cut off and the scale of the crisis is becoming more apparent. But the situation remains fragile. The Nigerian government and neighbouring countries have acknowledged the huge numbers of people affected but authorities are struggling to handle the situation on their own.

Why is Oxfam working with communities outside the official camps?

To date, much of the humanitarian response by aid agencies has focused on official camps run by the government in Nigeria. But, in all countries â€“ Nigeria, Niger, Chad and Cameroon â€“ the vast majority of those forced to flee are already sheltering in poor communities. As well as working in the camps, Oxfam is working in these communities, providing people with desperately needed food as well as clean drinking water and sanitation to prevent the spread of disease, and we will scale up our response as more communities become accessible.

Oxfam is calling for the three governments and international donors to make sure that people living outside official camps and the communities in which they are living are not forgotten. They should provide adequate funds to support their needs.

Concerns have been raised about people returning prematurely to areas that are not yet safe. What is Oxfamâ€™s opinion on this?

People wishing to return home voluntarily should be supported by the government and humanitarian agencies to do so. But all efforts should be made to ensure that these are voluntary â€“ ensuring that people can make well-informed decisions based on the latest, accurate information on conditions in their home areas. Oxfam is concerned that many people are not actually returning home, but are being displaced elsewhere. Some are going back to areas where many are finding that there is no food or services and to places which have witnessed widespread destruction and have to either stay in new camps near their original home areas or are returning to the camps in Maiduguri and elsewhere.

Some agencies are describing the situation in Borno as a famine. What is Oxfamâ€™s opinion on this?

However you define it, the situation is critical and thousands of lives are at risk if help is not provided quickly. According to the latest figures, the total number of people in Adamawa, Borno and Yobe states (the three most affected by conflict) in IPC phases 3-5 now stands at 4.7 million people with around 44,000 in IPC phase 5 (famine) mostly in Borno state. Without further interventions, these figures are expected to rise between June and August 2017 to 5.2 million people in phases 3-5, with around 50,000 people in famine.

Across the Lake Chad basin countries of Nigeria, Niger, Chad and Cameroon over 7 million people cannot find enough food to eat; 4.7 million of these people are in Nigeria. There are families that only eat once every couple of days, and many people are going out begging for money to buy a small amount of food. We think that if the situation continues to deteriorate we will see more places where people have absolutely nothing to eat.

What is Oxfamâ€™s view of the role of the Nigerian government concerning the crisis?

The government and the army were amongst the first to respond to this crisis â€“ but the government was slow in acknowledging the scale and, along with other governments in the region, downplayed it. There are 2.6 million people forced to flee their homes, unable to grow or buy food millions and facing hunger and malnutrition. This is a complete catastrophe.

The military also have a role to play in this â€“ and they should ensure that their military strategy designed to counter Boko Haram does not come at the expense of increasing suffering. But Oxfam and other agencies need access so they can reach the most vulnerable people. The security situation remains fragile and violence is a huge barrier in getting help to the people who need it most.

Nigeria is a wealthy country with large oil reserves. Why should people give their aid to a country where the elite neglect others and skim off for their own profit?

People living in the North-east region have not generally benefitted from Nigeriaâ€™s growth or the wealth from the countries oil reserves. Before the conflict, it was one of the poorest zones in the country and has suffered from poor governance, widespread corruption and a lack of investment or development. Research by Mercy Corps showed that high levels of poverty and poor governance led to some initial community acceptance of Boko Haram because of hopes that it would bring a change in government.

Despite its status as the economic giant of Africa â€“ the reality in Nigeria does not live up to this. Over half the population of the country lives in poverty; a quarter of the people living in extreme poverty in Africa live in Nigeria. The rhetoric of Nigeria as one of Africaâ€™s largest economies has clouded perceptions about it and disguised significant levels of inequality in the country.

We are now seeing a huge humanitarian crisis in the north eastern part of Nigeria. We need massive funding to overcome this. The United Nation (UN) has called for $1 billion in 2017 to meet the emergency needs caused by the crisis. We cannot stand by and watch thousands of people suffer and die when we can do something about it.

Have militaries in the region committed violations of international humanitarian and human rights law?

There have been alarming levels of human rights abuses in this conflict. Reports of widespread sexual violence by all parties to the conflict, the forced recruitment by Boko Haram, including of young children, some of whom are used to carry out suicide attacks, are seriously worrying.

In Nigeria, thousands of men and boys in the northeast have been detained in inhumane conditions for suspected membership or supporting Boko Haram. According to Amnesty International, at least 7,000 people have allegedly died in military custody.

The local vigilante groups which help Nigerian security forces are also implicated in the recruitment of child soldiers and sexual violence. Survival sex has been reported by women and girls in nearly all camps. Some of these have been linked to government authorities, including policemen and soldiers.

The government has said that they will stop any abuses by soldiers and policemen. They have sent an investigation team and have deployed female police officers. It is unclear whether allegations have been investigated or anyone held to account.

All governments need to provide greater protection for civilians in order to prevent abuse and exploitation, and they need to look at how their own actions have exacerbated the scale of the crisis. People have been cut off from their ways of making a living and markets have been closed down, making it even harder for people to get by. 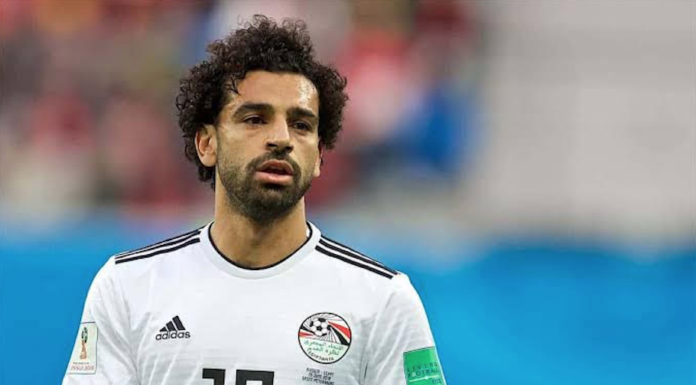