WithÂ  two Â containerÂ  load of pump action riflesÂ  interceptedÂ  at the Lagos ports in a space of four months , with the latest coming after a statement credited to the militaryÂ  about someÂ  individuals approachingÂ  soldiersÂ  onÂ  a number of political reasons, there is growing apprehensionÂ  as to the motive for such imports, writes Francis Ugwoke

In the past four months, the Nigeria Customs Service (NCS) has recorded the seizure of two container loads of arms and ammunition. The first seizure was in January this year while the latest was just last week. Although interception of arms and ammunition, including pump action rifles, pistols and cartridges has been common in the ports as they are found in personal effects belonging to some Nigerians returning finally to their home country after living overseas, the latest seizures were suspicious. The first seizure was made up of 661 pump action rifles concealed in 49 boxes and declared as steel doors. The importer was clever enough to have cleared the container out of the Apapa port. This must have been after bribing his way as usual. But he was not lucky enough as customs operatives of the Federal Operations Unit Zone A, Ikeja, intercepted the container at Mile 2 area of Lagos. It was one incident that attracted national condemnation as some customs officers were involved in the deal. The Customs had declared some of its officers wanted following the seizure. Three other suspects, Oscar Okafor,Â Â  Mahmud Hassan and Sadique Mustapha were all alleged as importer, clearing agent and freight forwarder respectively. The Customs Comptroller-General, Col. Hammed Ali (rtd.) had told newsmen, â€œafter several days of waiting, on January 22, 2017, detectives attached to the roving team intercepted a Mark truck with registration number BDG 265 XG conveying a 1 by 40 ft container with number PONU/825914/3 along mile 2-Apapa road.

â€œThe truck was immediately taken to the premises of FOU Zone A, Ikeja, where physical examination revealed 49 boxes containing a total number of 661 pieces of pump action rifles concealed with steel doors and other merchandise goods.

â€œThe rifles are under absolute prohibition; therefore its importation is illegal. Such deadly contravention of the Law is even more unacceptable considering the fragile security situation in some parts of the countryâ€.

In the case of the latest seizure, the importer used the Tin Can Island port, a seaport, which, in the past, was very notorious and haven for illicit imports. This has since changed in the past two to three years with a lot of searchlight being beamed on the port customs controllers posted to the Command. Yet, it appears that some importers were yet to be aware of this development. For the latest seizure of container containing pump action rifles, the offensive armsÂ Â  were discovered right inside the terminal unlike the Apapa incident where the container had left the seaport. The arms at Tin Can were concealed with POP powder used in house design. The rifles were of various designs and the importer was caught even before his agent could declare the goods for clearing. The Customs Controller, Bashir Yusuf, said the arms were in form of Completely Knocked Down (CKD) parts to beat the Customs. The rifles were manufactured in the US and Italy, but imported from Turkey. Yusuf said, â€œWe have other accessories in this container, several parts dismantled but definitely to be reassembled. Investigations would go deeper so as to know where the factory for arms assemblage is located in Nigeria.

â€œThe importer declared the consignment as Antisera and (chemical formula). Generally, anytime we have interception like this, it requires a lot of intelligence and profiling of importers. The 21st Century calls for that. You do not have to wait for things to start happening before you start working.

â€œPOP is a very safe item to conceal weapons because it is not injurious to anyone. It is an attempt to distract customs officials, but whatever anyone might use, it would attract our attentionâ€. To observers,Â  Nigeria is lucky that the dangerous consignments were discovered and therefore seized before they could be put into use against innocent people.

The latest seizure coming few months after the first seizure hasÂ  raised concerns amongÂ  manyÂ  Nigerians.Â  This is even more so withÂ  elections just two years away.Â  Besides, many are also worried about the consignment considering the recent statement credited to the Chief of Army Staff (COAS), Lieutenant General T.Y. Buratai, who recently disclosed that some Nigerians had been approaching senior officers of the Army for a number of political reasons. Buratai had in a statement issued by the Director Army Public Relations, Brigadier General Sani Kukasheka Usman, warned such persons to desist from these acts. Indications are that the Army is probably investigating possible coup plan. Although the two containers of arms seized at the ports may not have anything to do with the 2019 election and the recent warning by the Army, one cannot but express concerns on the motive behind the importation. Yet, more concerns are even on the possibility that some of such containers may have been cleared at any of the ports in the country or at the border stations without being noticed. With high level corruption in the ports and border posts, it could have been possible for offensive arms imports to be cleared out of the system even without officers of the Customs knowing about it. The latest seizure at the Tin Can port would have been cleared if the leadership of the Customs CommandÂ Â  was not on top of the activities and vigilant at the seaport. Owners of such goods are usually ready to pay any amount to have the goods released without 100 per cent examination.

For the two seizures, the Customs has arrested about six suspects involved in the illicit trade. In the case of the 661 rifles, about three officers had a hand in the release of the container and were all arrested. There were also three other suspects, including the importer, clearing agent and another accompanying the container. In the case of the latest container, the Customs Command said at least a suspect was arrested. The question many ask is the extent to which the relevant authorities have pursued the first case to bring to book those connected with the crime. When contacted on this, the Customs Public Relations Officer, Mr. Joseph Attah, said the officers involved were currently undergoing processes of investigation. Attah said that the outcome of the investigation would determine what would happen to them. On the importer and other suspects involved in the first seizure, he said both consignment and suspects had been handed over to the Department of Security Service (DSS). According to him, it was left for the DSS to handle the case since it is a security matter. Industry stakeholders believe the best way to address such imports was for the DSS to begin to publicise the outcome of its investigation on such cases, particularly those convicted as a result. 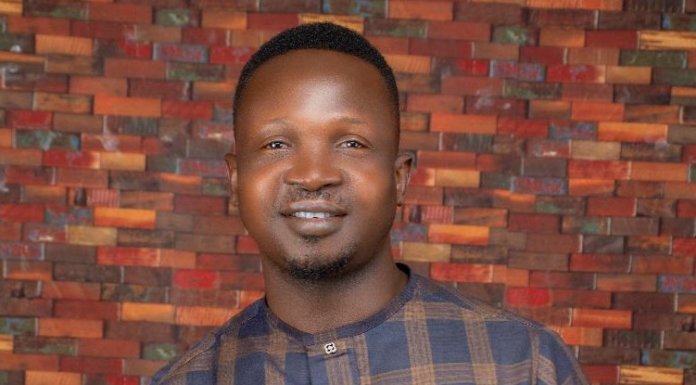