The Deputy President of the Senate, Ike Ekweremadu has confirmed that his official guest house was raided yesterday morning by men of the Nigeria Police Force, but this was swiftly denied by Force Public Relations Officer, CSP Moshood Jimoh.

A statement issued last night by Ekweremaduâ€™s Special Adviser (Media), Mr. Uche Anichukwu, lamented that the police, who were from the Special Squad of the Inspector General, searched the guest house located at No. 10 Ganges Street, Maitama, Abuja, without attempting to contact the DSP or any of his aides.Â

It recalled that Ekweremadu, just a few weeks ago, had raised the alarm, that security agencies were plotting to conduct a search on a property linked to him, and plant incriminating materials.

The statement however emphasized that nothing was found in yesterdayâ€™s search.Â

The statement reads in full:Â

Â â€œAt about 8am on Friday, May 26, 2017, men of the Nigeria Police Force from the Inspector General of Police Special Squad raided the official guest house of the Deputy President of the Senate, Senator Ike Ekweremadu, located at No. 10 Ganges Street, Maitama, Abuja. The police, however, stated at the end of the search that nothing incriminating was found.â€

Â â€œThey met the steward, Oliver Ogenyi, and some of Ekweremaduâ€™s staff and their children in the house. In spite of the fact that they were informed that the property is the guest house of the Deputy President of the Senate, they nevertheless proceeded to thoroughly search the house without establishing any contact with the Deputy President of the Senate or any of his senior staff. The steward was taken away by the police to the Special Anti-Robbery (SARS) Office, Garki, Abuja, where the IG’s Special Squad office is also located. Ogenyi was later released after making a statement.â€

Â â€œThe Deputy President of the Senate is a law-abiding citizen and does not dispute the fact that the security agencies are empowered by law to carry out searches on premises in accordance with the law. However, the law requires that the owner of the property or his representative must be informed and should be present during the search.â€ 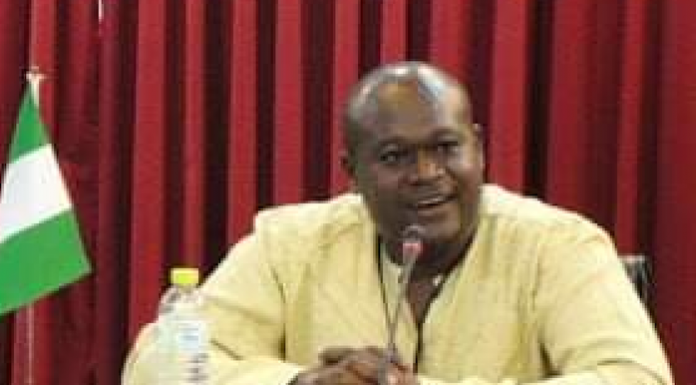 TEARS OF A BROKEN MOTHER