Â The National Assembly has passed the proposed N7.441 trillion budget for 2017, which is higher than the N6 trillion budget for 2016. In 2016, despite the highest budget ever passed in history of Nigeria, most citizens did not derive any particular benefits of improved power supply, access to water, housing, education, health and transportation. Now, the 2017 budget has been described as a people-friendly budget which is capable of helping Nigeria out of recession. In your own view, is this latest budget truly people-friendly, and will it ensure the overall development sought by the general populace?

* With what a senator has said has been allocated for cutlery, it cannot be people-friendly. This is because a similar amount was budgeted for the same cutlery in the 2016 budget. This is just one among the frivolous other items found in this year’s budget. I believe Osinbajo is not likely going to implement some of the dubious allocations found in the 2017 budget if he continues in office.

* Be positive, and remain positive. Negativity only depresses, and creates the realities we don’t want. Conduct a survey to compare what we’ve been doing with the budgets for the 16 years prior to now with the last budget. Any project implemented or being implemented?

* A budget of N6 trillion last year was people-friendly; yet it left thousands dying due to poverty. The N7.5 trillion budget for this year would follow same as we all know that PMB is alone in the fight against corruption. In fact, let the budget be N20 trillion; as long as we have the managers that do not have the country and the people at heart, nothing good shall come our way.

* Yes, it is truly people-friendly. Pumping plenty money into the system will check our recession as there will be more money for general and individual use. The possible inflation therefrom is infinitesimal or short-lived. On the long run it is actually a win-win situation. Revenue generation must be upped to achieve this feat. This is our chance.

* How people friendly can it be, when interpreted in laymanâ€™s language? That is common man implementation.

* Until now, gauging our economy with every variable, itâ€™s apparent that all our previous budgets had not been judiciously utilised to change the livelihood of average Nigerians. Therefore, whatâ€™s the justification that the 2017 budget will be the answer? Effective utilisation should be the utmost focus.

* The 2017 budget is like all the budgets we have had in the past – we spend more money as a country paying salaries than we spend building roads, constructing and equipping hospitals e.t.c. Imagine a budget that was presented to the National Assembly more than five months ago has not become an Act yet. The N7.44 trillion budget does not bring joy; vested interest is threatening to derail all the so-called good things this budget is supposed to provide for Nigerians.

* For the budget to be truly people-friendly the citizens must keep their part, by paying their taxes, rates and bills when due e.g. light, a situation where illegal connections are up to 42 per cent, revenues are lost. The people must be patriotic to expose corrupt practices in their areas. In Ghana, the people protect government things. With this and other steps, the budget will be friendly.

* It is not people-friendly because it is exploiting people. The corrupt people are in power for themselves, not to serve the needs of the people. People are in bondage, working without pay and non-payment of gratuities to pensioners for years. The moral of the leadership of a nation determines its direction. In a corrupt nation, there is no one to defend the widows or orphans.

* Yes, the N7.44 trillion 2017 budget is truly people-friendly. It will take Nigeria out of this nightmare called recession that is on rampage. Available money at hand and in circulation will bring improved power supply, access to water, food, housing, education e.t.c. High investment, growth, and development are my expectations with this yearâ€™s budget.

* The truth is that there is no proper monitoring of budget implementation, transparency and probity must be the watchword of any agency that refuses to utilise funds meant for development of Nigeria. Every budget implementation must follow due process to avoid inflating funds for the projects. Let them make this yearâ€™s budget a people-oriented one all will enjoy instead of a one-sided budget where few will benefit.

* I believe the 2017 budget – the highest so far in our history – can be made people-friendly, if all stakeholders seek to make it so. The executive must make sure the budget is strictly implemented; the National Assembly must ensure effective oversight of the implementation process, and the judiciary must punish anyone found subverting the budget. If the funds allocated for capital projects actually go for their original purpose, then the budget will be people-friendly in terms of its ripple effect on the general populace.

* In Nigeria, budgeting is not the issue but implementation is the problem and I believe all the budgets in the country since 2010 were people-friendly. Till now half of the year 2017, the budget was approved just last week; when are they going to start? Last yearâ€™s budget was not implemented up to 60 per cent and it has been like that all these years; that is why you see abandoned projects all over the places in Nigeria. That is the problem of budget in Nigeria and 2017 will not be an exception.

Yes, it is people-friendly: 2

Total no of respondents: 14

Next Week: Can Nigeria Afford Another Military Rule?

The Chief of Army Staff (CoAS) recently raised the alarm that some top politicians have started approaching military officers to unseat the current administration and come back to power; for reasons best known to the civilians. Given that many Nigerians had mixed feelings about former military eras and against the background of the impact of such interventions on the countryâ€™s democracy and development process, do you think Nigeria can afford the return of the military to power? If not, what can be done to prevent this from happening?

Please make your response direct, short and simple, and state your full name, title, organisation, and location. Responses should be sent between today (May 25 & Monday, May 29) to abimbolayi@yahoo.com, greatbimbo@gmail.com, AND abimbola.akosile@thisdaylive.com. Respondents can also send a short text message to 08023117639 and/or 08188361766 and/or 08114495306. Collated responses will be published on Thursday, June 1 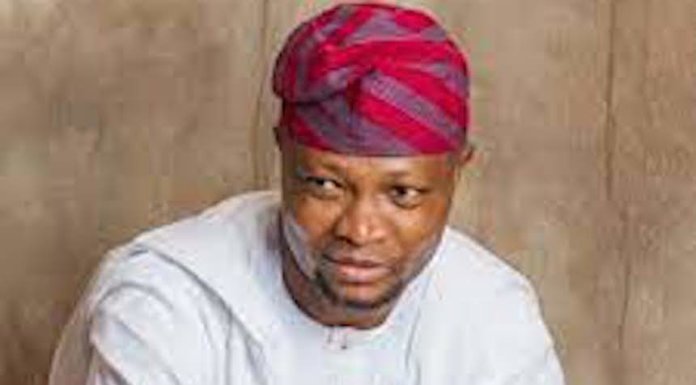