Save for posting my column and the occasional Tweets, mostly football-related, I am not much on the social media. But because I am on several listserv and get hundreds of mails and WhatsApp messages every day, I donâ€™t believe I am missing much. I especially enjoy the WhatsApp stories because many of them convey strong messages like the one I received last week. As I usually do when I get such interesting stories, I needed to find out the original source. It is from an online book titled â€œAs I waka for Naijaâ€¦THE MORE THINGS CHANGE, THE MORE THEY REMAIN THE SAMEâ€ with a rider: â€œThe Adventure of SSSt, The book of great comedy stories and motivational excerptsâ€. It also has what may or may not be the name of the author simply as Tilawan.

This particular story is about a no-nonsense Mr Kumza Kamanza who was posted from the head office of his company in Abuja to take charge in Lagos where he had his first meeting with the Director of Finance. And here goes the story that speaks to a season like this in our country, as being circulated on WhatsApp:

Director, I am sure you must have now finally accepted the true but hard realities that I am your new branch manager here, no more business as usual, understand?

No doubt about that sir!

And, you know, I was posted from Abuja to the Lagos branch because you people are not making good profits hereâ€¦. right?

And you must have heard of my reputation of being a straight forward and a no – nonsense man…. right?

Good! I have wasted no time in going through the records and there are some things I just donâ€™t like…. it looks as if you people have been playing with the company funds! My goodness! I need to make some quick changes if we are to move forward here!

And what is it sir?

I donâ€™t see how three Mercedes Jeeps are kept as standby vehicles and money is spent on them daily when we are lacking equipment at the site!

Sir, one of the jeeps is for your wifeâ€™s use, the other is for what your children might love to use and the last, in addition to your official car, is for your evening leisure ride when you leave the office!

Okay director, I see…what about a certain one million naira being paid to a hotel for leisure? Is that not a waste of the company funds when we have dared operational needs?

Sirâ€¦that hotel is the best that offers what I call discreet night service….it is exclusively for your personal use sir.

Â I see, I think am clear about thatâ€¦.But what have we got to do with the NYSC programme that the firm donates 100,000 naira to every month, is that not a loss of focus on your part?

Sir, the donation is to take care of the magnanimity of the NYSC Director in allowing you to make a personal choice at every orientation camp of yourâ€¦I mean choice of three unofficial female confidential secretaries for the service year sir!

Okay then, no need to waste time on that….Letâ€™s go further please! I saw half a million Naira paid to a catering firm to take care of staff lunch. How can we be spending so much a month feeding a staff of 500 men….arenâ€™t they paid salaries?

I am sorry sir, I did that for record purposes, actually it is meant to take care of your family needs….I just added that under the general sub-head because of the need to hide the huge cost. I can remove it if you….

No, no! Donâ€™t be too hasty young man!… well, I think it is rather too early to start making too many changes here yet; let me go through the records and I will get back to you later, have a nice day, director!

ON THE WAY OUT

Director, the new chairman has been looking for you?

Thanks Clement, I just saw him.

He seemed so annoyed this morning, anything wrong sir?

No cause for alarm Clement. They all seem annoyed when they first come to the office. But all gets back well when they settle down and understand how we do things here!

Well, my dear young man….all I can say is that we have been seeing new chairmen that come and go….and the more things change here, the more they remain the same!

I am sure many readers would have laughed at that story as we usually do but if there was anything that the late literary giant, Professor Chinua Achebe taught us, it is that most of those stories we consider mere entertainment would have their use one day. Whether it is in the senatorial theatrics of â€œAjekun iyaâ€¦â€ which creates the impression that a Goliath will always trump David or in the many ways we have neglected to care for our teeming population of young people, there are almost always consequences for bad behaviour both for individuals and for nations.

The real challenge, especially within the context of our socio-political development, is that there are too many things happening around us that we miss their significance. What is more worrisome is the shrinking opportunities for self-actualisation for the greater majority of our young people from modest background. For instance, Miss Immaculata Onyinye Onuigbo last week emerged as Valedictorian of the American University of Nigeria (AUN) graduating class of 2017 and the highest grade point earner in the history of the university.

However, the real story of these three students is that but for the opportunity provided by Yarâ€™Adua Foundation, their dreams would have long been cut short given their family backgrounds. Onyinyeâ€™s father is an Enugu-based roadside electrician while Zainabâ€™s father is an Abuja tailor. But while these young women were lucky to have such benefactors that helped them to fulfill their potentials, there are thousands of young Nigerians out there who have ended up on the wrong side of life. Who is thinking about such indigent young people and what plans do we have for them?

I am quite aware that the social media has provided tools to share jokes and stories for many of our young men and women but there is also a danger to that for those who can understand the times. In perhaps Achebeâ€™s best interrogation of our country in a long interview he granted in May 1989, he also told his own story before drawing conclusion: â€œ…The snake was riding his horse, coiled up in his saddle. Thatâ€™s the way the snake rode his horse. And he came down the road and met the toad walking by the roadside. And the toad said to him, â€˜Excuse me, Sir, but thatâ€™s not how to ride a horse.â€™ And the snake said, â€˜No? Can you show me then?â€™ And the toad said, â€˜Yes, if you would step down, Sir.â€™ So the snake came down.

â€œThe toad jumped into the saddle and sat bolt upright and galloped most elegantly up and down the road. When he came back he said, â€˜Thatâ€™s how to ride a horse.â€™ And the snake said, â€˜Excellent. Very good. Very good, indeed. Thank you. Come down, if you donâ€™t mind.â€™ So the toad came down, and the snake went up and coiled himself in the saddle as he was used to doing and then said to the toad, â€˜It is very good to know, but it is even better to have. What good does excellent horsemanship do to a man without a horse?â€™ And with that he rode away…As you can see, the snake in this story is an aristocrat, and the toad a commoner.

â€œThe statement, even the rebuke, which the snake issues, is, in fact, saying: â€˜Keep where you belong. You see, people like me are entitled to horses, and we donâ€™t have to know how to ride. Thereâ€™s no point in being an expert. Thatâ€™s not going to help you.â€™ Now thatâ€™s very nice in that kind of political situation. But also if you think deeply about this story, itâ€™s a two-edged sword. To put this other edge to it, which is not noticed at first…this other side is that the snake is incompetent, the snake is complacent, the snake is even unattractive. Itâ€™s all there in the story, and the time will come in this political system when all this will be questioned. Why is it that a snake is entitled to a horse? Why is it that the man who knows how to ride does not have a horse to ride? This questioning will come in a revolutionary time, and when it comes you donâ€™t need another story…â€

The late Fela Anikulapo-Kuti once described the condition of an average Nigerian as that of suffering and smiling and it is often said that our people have a way of using humour to while away their sorrow and disappointments. While that is true, there are also embedded lessons in some of the jokes and anecdotes being shared on social media that should not escape the attention of those in authority and other critical stakeholders. As the late Achebe teaches with his own story, the same WhatsApp postings which provide entertainment for most of us could, at the fullness of time, also be a potent weapon in the hands of majority of our nationals who today seem helpless, hopeless and defeated.

I have uploaded new verdicts from the 2004 series on my web portal, Olusegunadeniyi.com for the enjoyment of readers. Meanwhile, because I keep receiving calls, SMS and emails from readers who are asking where and how they can get my latest book, â€œAgainst The Run of Playâ€, I have discussed with the management of Kachifo that is now willing to deliver directly, at their cost, to anybody willing to purchase four or more copies. The price remains N5,000 per copy. Interested buyers should contact Bliss Nweke (07037545701) and Abideen Akinboade (08077364217) or send a mail to logistics@kachifo.com. 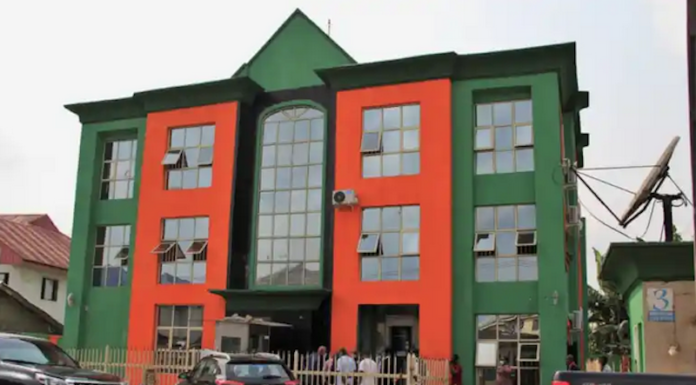