When you visit Okija in the Ihiala Local Government Area of Anambra State, the home town of Dr. Ernest Azudialu-Obiejesi, also known simply as Obijackson, you are likely to repeat the prayer I said when I arrived the sleepy town. My visit to Okija twice between October and November 2016, first for the traditional marriage of his eldest daughter, Miss Chinazo Azudialu-Obiejesi (now Mrs. Okoye), and second; for his self-funded annual Igbo music and cultural festival – â€˜Okija Cultural and Music Festivalâ€™ provided me yet another opportunity to visit the east after about three years break, but more importantly, I learnt that selflessness adorns one with grandeur.

The level of development I witnessed at Okija amazed me, and â€œGod should continue to bless those whose wealth touches humanity and transforms the earthâ€ was my prayer. The name, Obijackson, is an acceptable and powerful currency in Okija because of the kind-heartedness, generosity and benevolence of Dr. Ernest Azudialu-Obiejesi, the Osuofia of Okija, who is so described.

An accomplished businessman who illustrates the story of African entrepreneurship better than anyone else, Dr. Azudialu-Obiejesi hoists the Okija banner with gusto and pride, and has never allowed his enormous wealth and accomplishments distance him from his culture and people. Instead, he deploys these would have been â€˜impedimentsâ€™ towards the urbanisation of his home town and empowerment of his kinsmen.

As you veer into Okija from Owerri-Onitsha Road, there are two things you are bound to happen. First, you will notice that Okija is a land of wonderful people, and secondly you will query the believability of the falsehood littering the internet about the community and their culture. You are received by warm people, or in my case okada riders, who are eager to help, or direct you appropriately. Such an Okada rider was Chigozie, a friend I made on my second visit; he inspired me to write this piece when he called a couple of days back to ask how I was doing and actually prayed for me. He also asked how Obijackson was doing and murmured some prayers in Igbo, which he translated upon my inquest to mean, â€œMay God protect the kind man who is making life easy for us in the villageâ€.

Chigozieâ€™s prayer got me thinking. I am sure he has never met Dr. Ernest Azudialu-Obiejesi in person, even though prayers for the businessman, like those of several others, are a regular part of his life. For the positive impact his energy and resources have on his community and people, Dr. Azudialu-Obiejesi is considered a bright candle, illuminating others with his business acumen and more importantly his indefatigable philanthropy. As a practical mind, he leverages his role as one of the greatest promoters of the Igbo culture to trigger the socio-economic development of Okija, which has become one of the major destinations in the eastern region of the country every December.

For Obijackson, cultural development must flourish and complement community growth. This practicality is evident in his recent construction of some major roads in Okija and the building of Okija market. Interestingly, followers of his prosocial activities, largely dispensed through his Obijackson Foundation, are not surprised by these actions because Dr. Ernest Azudialu-Obiejesi has consistently proven that he is a transformation agent, who represents innovation, development and freedom.

Situating a multi-million naira state-of-the-art medical facility, Obijackson Women and Childrenâ€™s Hospital (OWCH), in Okija is Obijacksonâ€™s contribution to reducing instances of avoidable death and disability, occasioned by inaccessibility to basic healthcare services and education. The Osuofia of Okija has demonstrated that he truly loves his people and highlights his vision for modernity and social empowerment.

Equipped with cutting-edge equipment and staffed with highly qualified personnel, OWCH has demonstrated expertise in the care of neonates and children. Arguably, the medical facility is the best equipped in eastern Nigeria, beating several specialist hospitals and state-owned medical centers in sophistication and contemporaneousness to meet the health challenges of the modern society.

From different parts of Igbo land, people requiring urgent and intensive medical attention throng the hospital, helping fulfill Obijacksonâ€™s aspiration of providing quality healthcare to people in the rural areas. Also, Dr. Azudialu-Obiejesiâ€™s rare ability to envision things years ahead of others has benefitted Okija as much as his burgeoning business empire, which has Nestoil Limited, Neconde Energy, Nesto Aviation Services, B&Q Dredging and Century Power Generation Ltd as some of its subsidiaries.

This far-sighted Chairman of Smile Communications and the Group Managing Director of the Obijackson Group commenced the construction of the St. Peterâ€™s Stadium years back as a facility for social integration and youth empowerment. Today, St. Peters Stadium has become home for sporting activities including national league matches and boosted talent development in South-eastern Nigeria.

Soon, Okija will house one of the most reputable secondary school brands left standing in this era of wholesale erosion of our educational system, Loyola Jesuit Secondary School. I see Okija garnering fame for contributing to the rebirth of quality education in Nigeria; freshly minted bright and intelligent minds will graduate from school, and Okija will serve as a melting point for youths from diverse ethnic and cultural orientation who will build our dream country.

With Loyola Jesuit Secondary School in Okija, more children from the community will access free and quality education. The scope of scholarship and educational support schemes for indigent students will widen, as the quest to encourage Anambraâ€™s children to fortify their business acumen with intellectual dexterity in a changing world begins.
I know this will happen because Dr. Ernest Azudialu-Obiejesi has over the years demonstrated an unusual ability and capacity to hold on to his beliefs, vision and dreams. This trait is the plot that holds together the beautiful story of his yesterday, and the enthralling narrative that we now witness as his today. Without vision and purpose, sitting on the boards of many blue chip companies and contributing to socio-economic development of Nigeria would have remained a dream only enjoyed in his sleep. But with Godâ€™s guidance, the thoughts that dominated his mind and the work of his hands have turned to gold. I therefore take this occasion of his birthday to pray that God will grant him longevity and continue to use him as a vessel for His work. Happy birthday to you, the Osuofia of Okija!
Fafore writes from Lagos 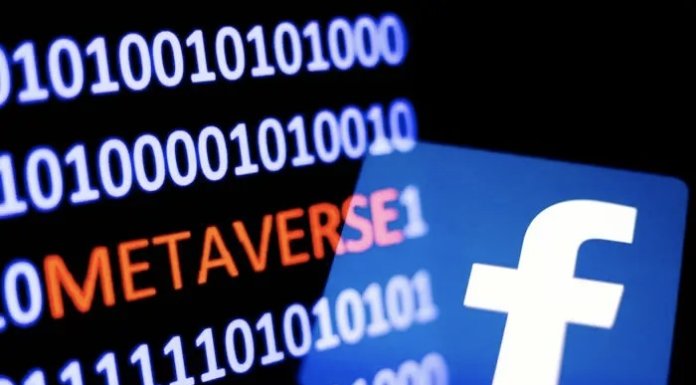